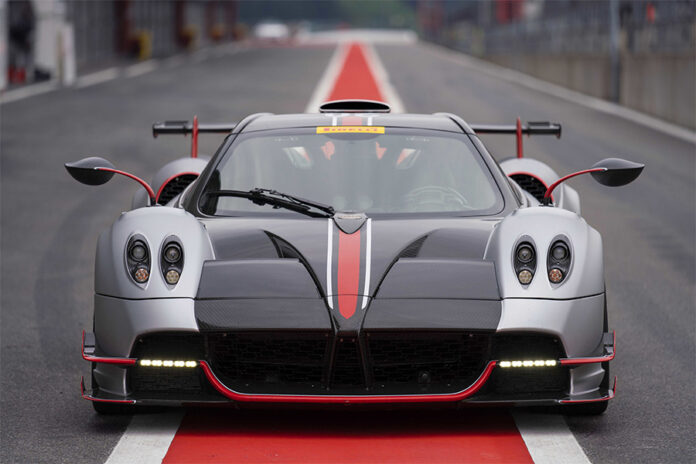 Pagani Automobili is preparing to deliver the first units of the Huayra Roadster BC to their respective clients following the completion of a rigorous validation testing program, which was concluded earlier this month at the circuit of Spa Francorchamps in Belgium, where the car posted a laptime of 2:23,081 minutes, a new record for globally homologated road cars.

The test program conducted for the Roadster BC has been the most demanding to date. With more than 350,000 kilometers of real world testing, of which over 45,000 km has happened on some of the world’s most demanding racetracks and many more on test benches and in simulations, to deliver to our clients a reliable, safe and exciting car. During development, we have been to the maximum limits in order to test the vehicle in the most challenging conditions. The latest tests conducted at Spa Francorchamps were the last of a series of final track tests, where we repeatedly pushed the car to extreme speeds, to which normally only a racing car would be subjected. At the end of the tests, the R&D department saw the potential of the vehicle and, with Horacio Pagani’s approval, did a fast lap despite the damp conditions of the racetrack.

“During the tests, we immediately realized that the car was making interesting lap times. We quickly consulted with Horacio about the chance of some fast laps and, although the weather conditions were not the best, we even set the record at the racetrack after two rounds. The car had shown a formidable character, demonstrating its potential and moving with impressive ease. Although SPA Francorchamps is a complicated racetrack, the Roadster BC’s handling and lateral grip exceeded all expectations.” Andrea Palma, Development Test Driver, Pagani Automobili.