The Huayra R and the Huayra Codalunga will be taking on the legendary hill climb. 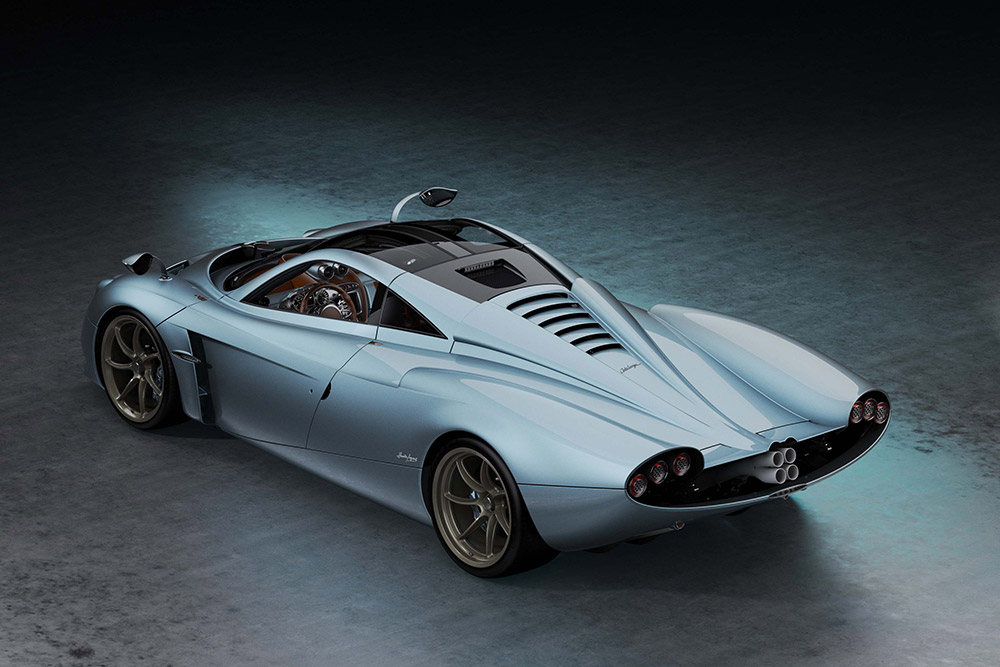 From 23 to 26 June, Pagani Automobili returns to the Goodwood Festival of Speed, one of the most famous and eagerly-awaited events celebrating motorsport and car culture, held in West Sussex and attracting thousands of fans who come to see an array of two- and four-wheeled vehicles ready to take on the historic hill climb.

This year, Pagani Automobili has chosen the English countryside as the venue for the official public unveiling of the Huayra Codalunga, the new union of design and technology created in the Atelier in San Cesario Sul Panaro: one of the five models in this extremely limited series will be on display in the Supercar Paddock.

A bespoke project requested by a Pagani customer and created in partnership with the Pagani Grandi Complicazioni (PGC) special projects division, where there are almost infinite opportunities to design and customise a car. Each hypercar is the culmination of a long and detailed journey, working with the client to interpret their preferences and desires. The collective ambition and effort seek to create a work of art for the client that is befitting of the Pagani name. A cross-functional team has supported the project meticulously from creation through design and development, to help us realize our clients’ vision.

The simple linear style of the Huayra Coupé was used as the starting point, making it longer and smoother, as if it had been caressed and molded by the wind, to design lines that were even more elegant than the Coupé. We drew inspiration from the long tails of the 1960s cars that raced at Le Mans, which had very clean lines. The Huayra Codalunga comprises very few essential elements. By working to “remove rather than add”, together with the use of state-of-the-art advanced composite material systems, the Codalunga achieves the incredible dry weight of just 1,280 kg. The rear engine cover, which has a footprint of more than 3.7 m2, and is 360 mm longer than the one of the Huayra Coupé, conceals a mechanical marvel: the Pagani V12, which, on this series, is capable of developing 840 HP with 1,100 Nm of torque. The trim on this series is particularly noteworthy, with details that pay homage to both automotive passion and the artisan handicraft that is typical of Motor Valley.

Other new releases on display at Goodwood include the Huayra BC Coupé, fitted with the “Tempesta” package which includes a series of improvements and solutions aimed at unleashing the pure racing pedigree of the car, including: the front splitter with dedicated air inlet, the rear spoiler with integrated central fin, the six-pipe exhaust system and the suspension system. The upgrade also includes significant improvements to the powertrain which benefits from a major increase in power output to achieve 827 HP and 1,100 Nm of torque, as well as improvements to comfort levels, with the innovative Soft driving mode, and to the appearance with new internal and external configuration options.

Rounding off the Pagani Automobili presence at the show are the legendary Zonda Revolucion and the brand new Zonda Revo Barchetta, a one-off designed by Horacio Pagani to thrill and make people dream from the moment they first set eyes on it. The name tells us that, behind the beauty and elegance inspired by the road-legal Zonda HP Barchetta, there is a rebellious spirit and a powerhouse of performance to match the Zonda Revolución. The naturally aspirated V12 Mercedes-AMG engine delivers up to 789 HP and 750 Nm of torque. As the revs increase, the ceramic-coated titanium exhaust emits a thrilling roar. The ambitious project to combine two of the brand’s most iconic cars required a considerable effort from the Pagani team, particularly when it came to developing a dedicated frame for this model’s cockpit, applying the most advanced composite materials systems. Despite the racing spirit, nothing is left to chance on the car, and meticulous attention is paid to even the smallest detail, as is the case with the blue anodized aluminium components milled from a single block using CNC technology. The livery, which took two years to finalise, is inspired by one of the Can-Am-style aluminium models on display in the Horacio Pagani Museum, created in the 1960s by Horacio himself. More than just a car, the Revo Barchetta is a tribute to automotive passion.

The Huayra R, the model launched last year and currently in production, and the brand-new Huayra Codalunga will take on the famous hill climb.