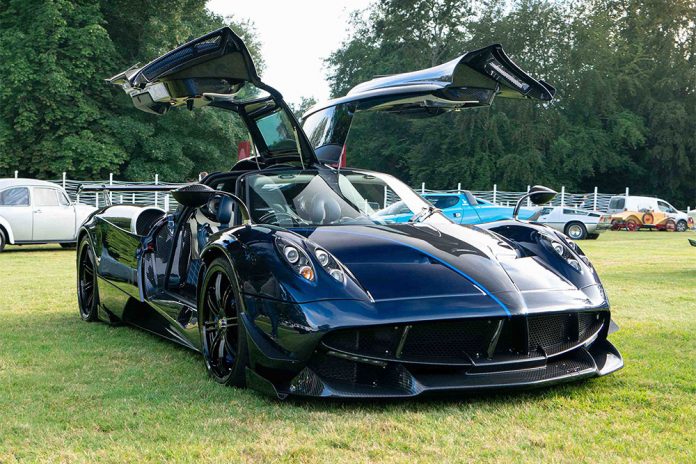 After having to be called off last year, the Goodwood Festival Of Speed, one of the most eagerly awaited events in Great Britain and further afield, will be making a come-back from 8 to 11 July to the joy of thousands of car and motor enthusiasts who’ll be flocking to the County of West Sussex. And Pagani Automobili certainly couldn’t miss this year’s event, already sold out despite the pandemic.

2021 is an important year for Pagani because it marks the tenth anniversary of the presentation of the Huayra, one of the flagship models of the marque. Unveiled for the first time in 2011, the car is a perfect blend of scientific and artistic research, a concept inspired by the philosophy of Leonardo Da Vinci and still a key part of Pagani Automobili’s DNA.

The Huayra Roadster BC, a car designed for the track but developed for the road, will be on show at the Goodwood venue. It’s a record-breaking vehicle: with a time of 2:23,081 minutes, it actually set a new world record for road-legal cars during the validation tests on the Spa-Francorchamps circuit in Belgium. Plenty of painstaking work went into the aesthetics of the vehicle, involving an almost obsessive attention to detail, in order to create a Pagani road car with unique styling, able to transmit the superlative driving experience of a roadster in a powerhouse of technology weighing just 1,250 kg. It will be the Roadster BC itself that will take part in the Hillclimb, the famous competition uphill where F1 drivers, celebrities and guests hurtle up the track at break-neck speed.

Modelled around the refined tastes of those who choose them, Pagani Hypercars are tailor-made to suit their owners. That was the case with the Huayra 760 VR, a special project designed and developed along with the client and on show on the “Cartier Style et Luxe” Concours Lawn at the FOS. Hands-on cooperation with the design team produced an exclusive model, custom-built in every detail comprising materials and stylistic traits borrowed from the aviation world: a tangible example of wholly Italian expertise, committed to satisfying the client’s every desire.