First time in Italy for the Huayra R to be showcased publicly. 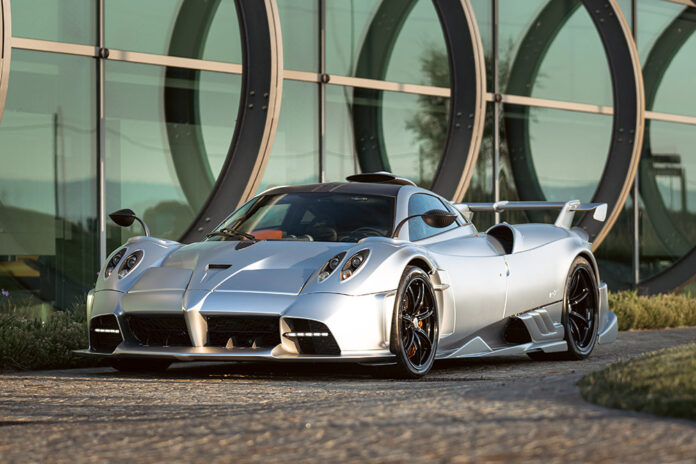 Pagani Automobili is going to take part in the fourth Motor Valley Fest in Emilia-Romagna, the “homeland of motors”, from 26 to 29 May. The area that thirty years ago welcomed Horacio Pagani and his visionary idea of building dream cars now sees the brand stand proudly alongside the legendary names in the automotive industry, an example of Italian excellence in the world. As always, the festival is going to take place in the city of Modena. Named as a Unesco World Heritage Site for its art and architecture, Modena provides the perfect backdrop for the presentation of the Pagani hypercars, a fusion of “Art and Science”, the principle inspired by Leonardo da Vinci on which the company bases its philosophy and its creations.

For Pagani Automobili the 2022 Motor Valley Fest is all about the Huayra, of which it will be showing a very special version in Piazza Mazzini. This is the Huayra NC, a one-off coupé created as a collaboration between the client and Pagani Special Projects, the division that builds the Atelier’s highly personalised limited-edition vehicles. With its ad hoc configuration including a colour palette and livery designed specifically for the lines of the car, the Huayra NC is a road vehicle that loves the racetrack, incorporating performance-enhancing innovations in the structure, the chassis and the mechanics. Thanks to the powerful Pagani V12 engine, the car delivers up to 830 HP and 1080 Nm of torque. Enhanced performance is accompanied by a 7-gear sequential transmission, electronically managed suspensions, Pirelli Trofeo R tyres and an aerodynamic design to ensure balance in all driving conditions. All this in a vehicle weighing just 1,240 kg.

In addition to the Huayra NC, visitors to the exhibition in the central square in Modena will also see the Pagani Imola, of which just five examples have been built. As the name suggests, it is a car born with a racing personality, yet it can be driven on every road all over the world.

Meanwhile, the key attraction on the Military Academy’s stand will be the Huayra R, the latest vehicle from the Pagani Atelier, a model “Sculpted in Performance”, which is making its first appearance in Italy. Intended solely for use on racetracks, this is the most extreme Pagani Hypercar, with 850 HP and 750 Nm of torque, an implementation of cutting-edge technology contained in just 1,050 kg.

Motor Valley Fest also involves Modena’s neighbouring towns, including Formigine, where Piazza Castello will provide the stage for the Huayra BC, from the initials of Benny Caiola, Pagani Automobili’s first client, a car designed as a road vehicle but with the power to generate powerful emotions on the racetrack.

The exclusive style, refinement and attention to detail that characterise the hypercars can also be seen in the boutique collections: the pop-up shop in Piazza Mazzini offers a range of clothing, accessories and collectable items with the Pagani Automobili signature.

During the event, brand enthusiasts will have the opportunity to visit the Horacio Pagani Museum and the Atelier in San Cesario Sul Panaro, calling +39 059220022 to book an appointment.