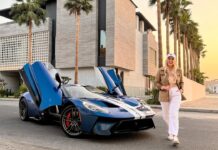 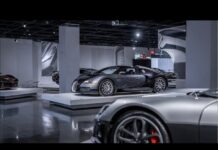 Explore the Petersen’s newest Overland exhibit, ADV: Overland with Curator, Paul D’ Orleans! Paul takes you through the entire exhibit that he and the Motorcycle Arts Foundation curated. The exhibit includes everything from the Netflix Lost in Space rover to the first adventure bike!

Adventure (ADV) and overland motoring are as old as the first motorized wheels and as modern as the future of manned space travel. In the pioneering era of the late 19th century, every journey was an adventure, and long-distance overland tours were worthy of news reports. Tales of perilous travel to far-off places are cultural touchstones and among the oldest recorded literature, from Homer’s 3,000-year-old Odyssey to Xuanzang’s account of his Silk Road overland trip to India in 626. We dream of adventure travel, and fictional accounts in the late 1800s by Jules Verne and H.G. Wells were perfectly timed to inspire mechanized journeys on Earth and inspire off-world travel to the Moon, Mars, and beyond, a century later. ADV:Overland documents the motorized legacy of our long fascination with overland adventures, as a first-ever comprehensive exhibition of round-the-world and long-distance adventure motorcycles and related vehicles.

The first motor vehicle to cross the USA was a motorcycle, followed three weeks later by the first car, in 1903. The first motorcycle to circle the globe was a Henderson Four, in 1912. Their stories were lost in the noise of the 20th century, and many who followed in their wheel-tracks mistakenly believed they were the first. Only in the 21st century has a chronology of motorized overland motorcycling come into focus, as the genre has exploded in popularity and spurred research. Regardless of “firsts,” overland adventurers are a rare and brave breed, and many of their motorcycles are displayed here. ADV:Overland also features very special three-, four-, and more-wheeled vehicles built for the long haul, their science-fiction off-world counterparts, and models of actual Mars rovers from our friends at NASA/JPL.