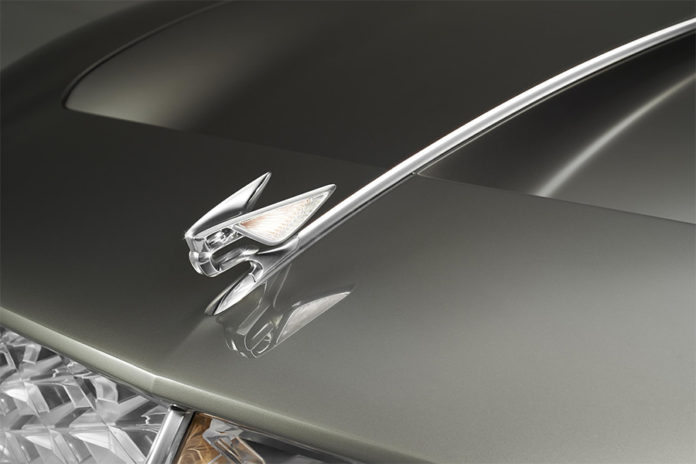 Long regarded as a symbol of automotive excellence around the world, Bentley’s iconic ‘Flying B’ mascot is to adorn the all-new Flying Spur, the first time it has featured on a modern-day edition of the British luxury marque’s four-door Grand Tourer.

Newly-designed for the next century, the electronically-deployed, hood-mounted mascot rises from beneath a modern Bentley badge, underlining the peerless quality of the third generation of the Flying Spur. 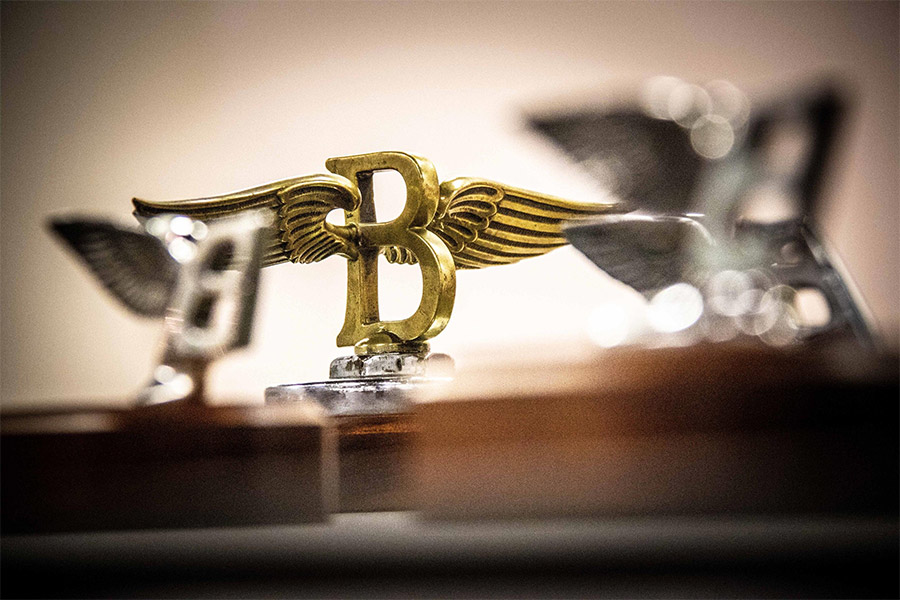 The upright, Flying B was first employed almost 90 years ago on a 1930 model 8 Litre. The mascot wasn’t a standard fit in those days but available to customers as an option, for the princely sum of five guineas.

The original mascot complemented the flat, winged B badge commissioned by company founder W.O. Bentley himself when Bentley Motors was launched in 1919, exactly 100 years ago.

In Bentley’s Centenary year, the mascot has been restyled for the next century and is an evolution of previous designs. On the new Flying Spur, it is electronically-controlled and illuminated, linked to the welcome lighting sequence and keyless entry system as the driver approaches the car. 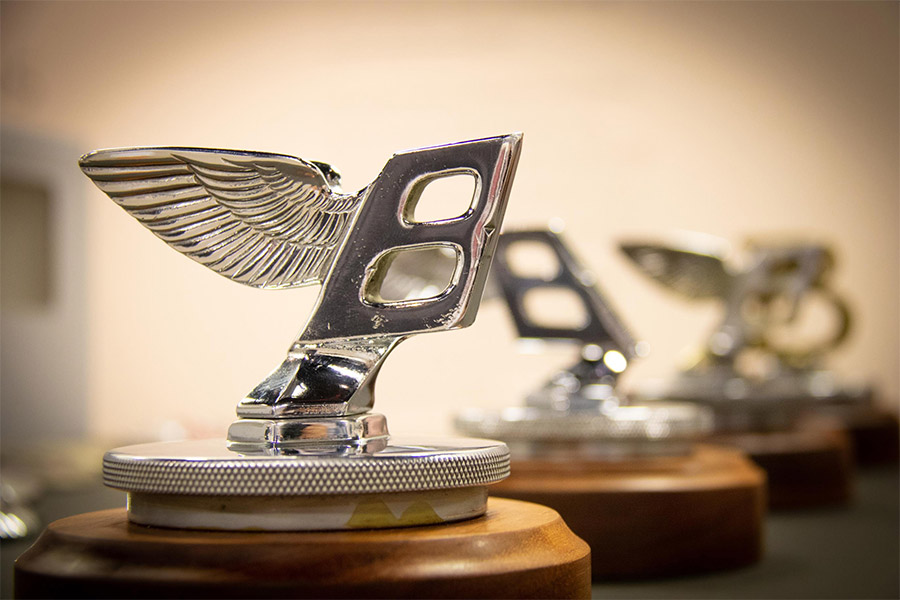 Powered by an advanced version of Bentley’s renowned 6.0-litre, twin-turbocharged W12 engine, the Flying Spur is available to order from this Autumn, with customer deliveries beginning in 2020.

Flying B – A Symbol Of Excellence

The original Flying B, the latest incarnation of which is making its debut on a Flying Spur for the first time in modern memory, was designed by Charles Sykes, who created a ‘B’ with wings that looked the same from both sides of the car. It eventually became standard fitment on most models, although many Bentleys also featured unique mascots created by their owners. 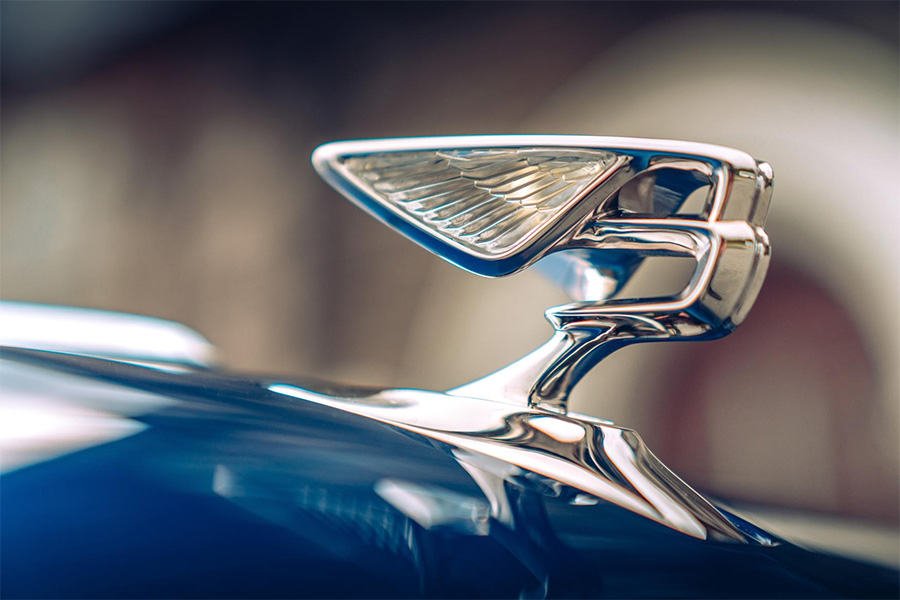 The upright, Flying B first appeared in the early 1930s on an 8 Litre model but only as an option, for an additional five guineas. Emblems were not popular and at one stage, Bentley even considered scrapping their now iconic mascot for good.

In 1935, a competition was held inviting readers of The Autocar magazine to suggest their own designs for a replacement. The prize was a not insubstantial £50 but none of the ideas submitted proved suitable. Many did not even allow for the hood of a Bentley to be opened!

Two consolation prizes of £25 each were awarded to a pair of readers and, thankfully, the upright Flying B badge that now adorns many of the world’s finest motor cars survived.

Flat Winged B – A Badge of Distinction

Remarkably, very early Bentley motor cars had no mascot on the hood at all. The flat, winged Bentley badge was designed for company founder W.O. Bentley just after the First World War by English artist, F. Gordon Crosby. 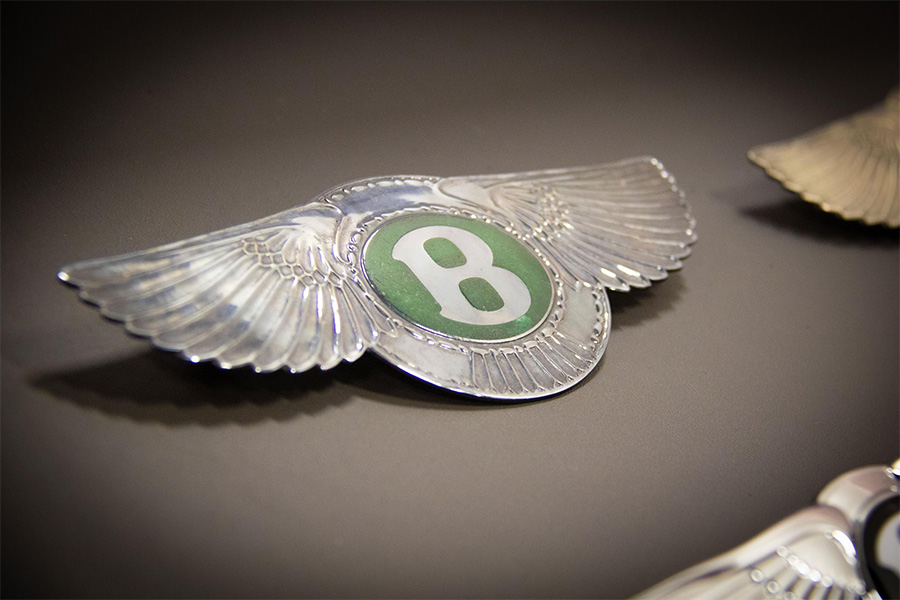 Although the badge appears symmetrical, the two wings feature a different number of feathers on each side. This simple difference was intended to fool those who tried to copy the marque’s logo.

Crosby worked for The Autocar magazine most of his life. A self-taught illustrator, he had a unique style that was captured best in his remarkable watercolours of road and track racing. A flamboyant character, he was probably Britain’s foremost motoring artist of the era.

The flat winged badge has appeared in several colours over the last 100 years, originally red, then green, blue and black. Today the flat winged B remains a renowned hallmark of excellence. 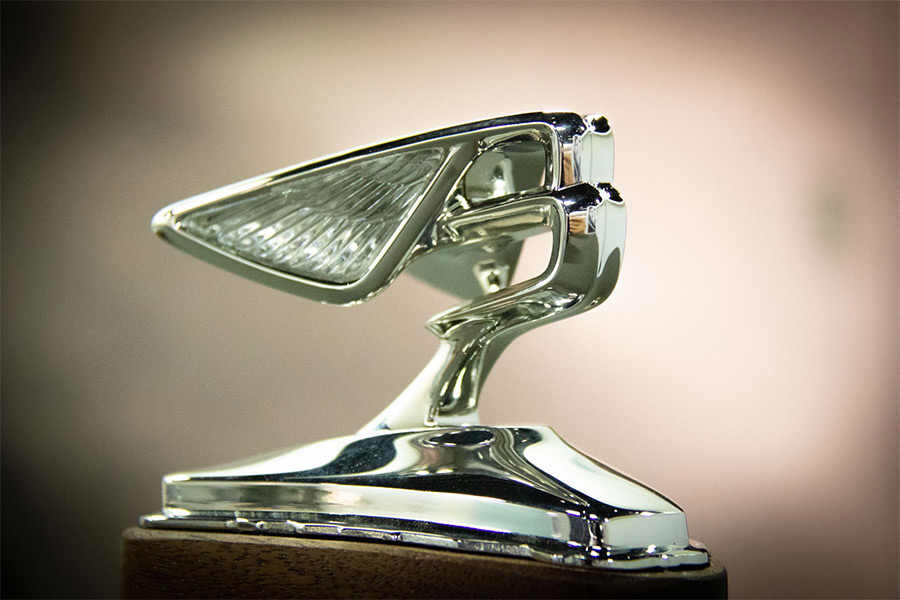 July 10, 2019 marked Bentley’s 100th year – an extraordinary milestone achieved by only a few companies. A year-long series of special activities has been taking place, with celebrations at major events around the world. They have showcased Bentley’s motoring evolution over the last 100 years, highlighting its global success today and the exciting future of innovation ahead.