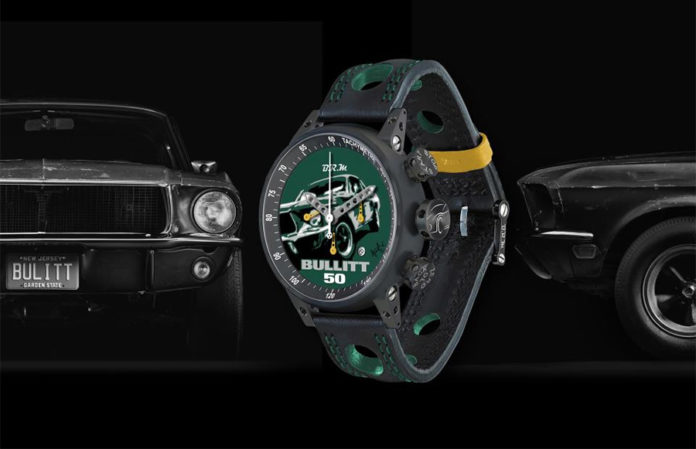 Coinciding with the 50th anniversary of the original release date of the iconic movie thriller “Bullitt,” on this day – October 17 – in 1968, non-profit Drive Toward a Cure has teamed with motorsports chronograph manufacturer BRM and professional automotive fine artist Nicolas Hunziker to create a one-of-a-kind timepiece to honor the film’s original car – a 1968 Mustang GT 390 – the hero vehicle driven by Steve McQueen in the classic Warner Bros movie, and now owned by Nashville resident and horse farmer Sean Kiernan.

The charity, which supports Parkinson’s Disease research and patient care, will be raffling off the watch through the end of January, with all proceeds to benefit the Michael J. Fox Foundation in memory of Sean’s father, Robert E. Kiernan Jr., the owner of the famed Bullitt Mustang since 1974 and who was increasingly challenged by Parkinson’s from the time of his diagnosis in 2000 until his passing in 2014. 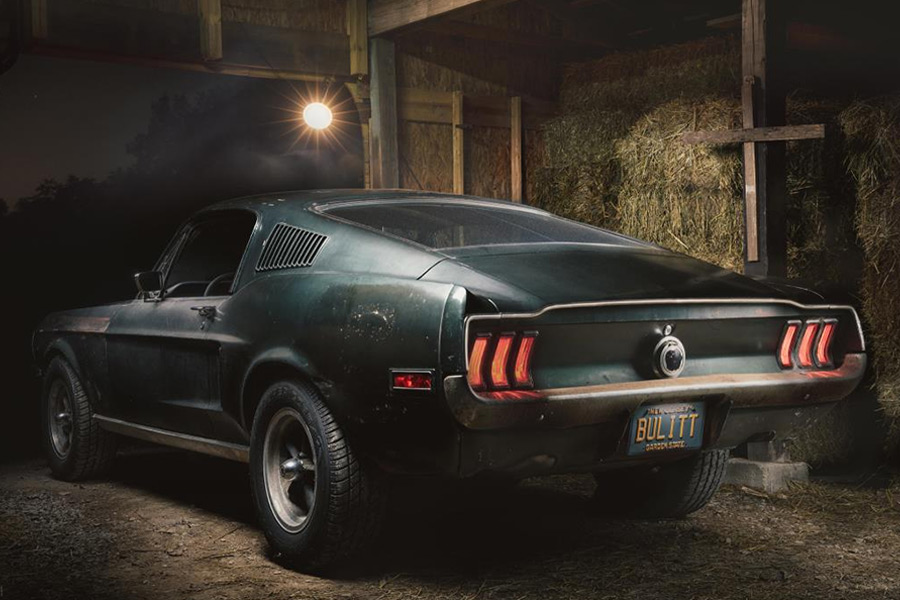 “Our mission for Drive Toward a Cure has always been to broaden the awareness of and raise funds for Parkinson’s disease by blending cars and camaraderie,” said Deb Pollack, founder of Drive Toward a Cure. “When Sean and I first met, we realized we had more in common than cars – as we both had struggled through the loss of a parent to Parkinson’s Disease. Fortunately, the timing of the attention his car was receiving this particular year offered a perfect pathway to gain the further attention this disease deserved.”

Capitalizing on the ‘Year of the Bullitt’ and the movie’s 50th anniversary, Pollack joined forces with Frederic Gasser, CEO of the America’s for BRM Chronographes, and longtime industry friend Nicolas Hunziker, to launch a special one-of-a-kind offering. Hunziker, who was already aligned with BRM, is uniquely qualified to hand-paint the famous vehicle on a single chronograph that carries an anticipated value of more than $35,000. Pollack believed a raffle, offered at $25 per entry, could capture the hearts of a broader audience and increase donations for the cause. Each $25 donation made online at www.drivetowardacure.org or through a Drive Toward a Cure volunteer will be entered in the raffle, with an anticipated winner to be announced by Sean Kiernan during the Grand National Roadster Show in Pomona, California on January 27, 2019, where the original Bullitt car will be displayed. Pollack’s goal is to reach 1,968 entries.

Full information about the Bullitt 50 Choronograph can be found at www.drivetowardacure.org/bullitt .

Sean Kiernan honored his father by revealing Bullitt to the world earlier this year along with Ford for the 50th anniversary of the movie and launch of the 2019 Mustang Bullitt. Kiernan noted that along with reintroducing Bullitt to the world, he wanted to continue to what he believed his Dad would want — and that is to bring awareness of Parkinson’s Disease and Drive Toward a Cure.

According to Kiernan, its been a wonderful year of celebration for both his father’s memory and the Bullitt. The car itself will continue its road show at SEMA later this month and conclude the year with events on the west coast as well as a showing in January at the Grand National Roadster Show.