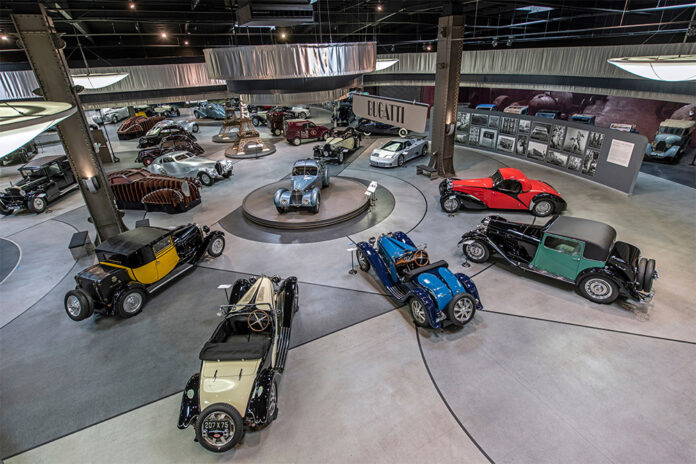 The Mullin Automotive Museum has announced that it is the recipient of the 2021 Historic Motoring Awards title of Museum/Collection of the Year, which was announced during the awards ceremony that took place at the Rosewood Hotel in London, England on November 18, 2021. This is the museum’s first win. It is the second Historic Motoring Award for Mullin founder and CEO, Peter W. Mullin, who won the Personal Achievement Award in 2016.

“We are honored to be recognized by such a prestigious organization as well as an outstanding panel of judges. The Mullin Collection’s mission is to share our love for the culture and design we appreciate so much in historic French automobiles.” – Peter W. Mullin, founder of the Mullin Automotive Museum

Since it opened in 2010, the Mullin Automotive Museum has educated guests about 20th-century French automotive styling and design. Home to one of the world’s most renowned French car collections, the Mullin celebrates the works of legendary French coachbuilders and grand prix racing cars from marques like Bugatti, Figoni and Falaschi, Henri Chapron, Delahaye and Voisin.

The Historic Motoring Awards (HMA), which first began in 2011, acknowledges exceptional people, events and places that best exemplify the passion and culture of classic car collecting. The car community nominates contenders for each of the HMA’s 14 categories which are then voted on by a panel of distinguished experts including Bruce Meyer, Derek Bell, Jay Leno and Philip Sarofim.