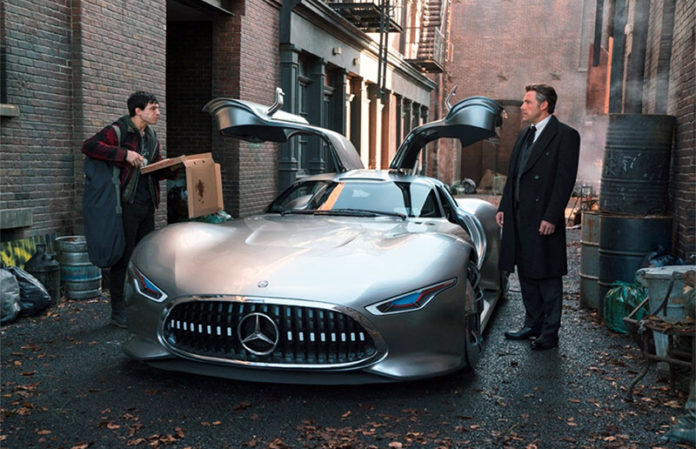 This autumn, JUSTICE LEAGUE, one of the most anticipated superhero movies of all time, will hit U.S. theatres beginning November 17, 2017 from Warner Bros. Pictures – and Mercedes-Benz vehicles will join the League alongside Batman, Wonder Woman, Aquaman, Cyborg and The Flash as they race to save the planet from an alien assault of catastrophic proportions. Accompanying DC’s most iconic heroes on the big screen, the new E-Class Cabriolet, the Mercedes-Benz AMG Vision Gran Turismo with its new interior developed for this film, and the G-Class 4×42 will play an integral role in this epic action adventure. Mercedes-Benz will set up a substantial marketing campaign around the film’s theatrical release, including a 30-second TV commercial, print, online and OOH advertising. Activations on social media will also be launching and – for the first time – six exclusive digital comic stories for Mercedes-Benz’ Instagram channels, developed in cooperation with DC’s Custom Creative Studio. The TV commercial launches on October 6 in the U.S., Europe and China. The first digital comic will release on October 20 on Instagram, with all other stories following in quick succession.

“With JUSTICE LEAGUE, we found the perfect partner to highlight our current vehicles as well as communicate the fascination of our brand. The E-Class Cabriolet is a natural fit for Wonder Woman,” says Dr. Jens Thiemer, Vice President Marketing Mercedes-Benz Cars.“And who other than Bruce Wayne, aka Batman, would be more inclined to drive a car like the Mercedes-Benz AMG Vision Gran Turismo? We are therefore very excited to partner with Warner Bros. Pictures on this much-anticipated movie as we reach out to as many people as possible with a creative and innovative campaign.” 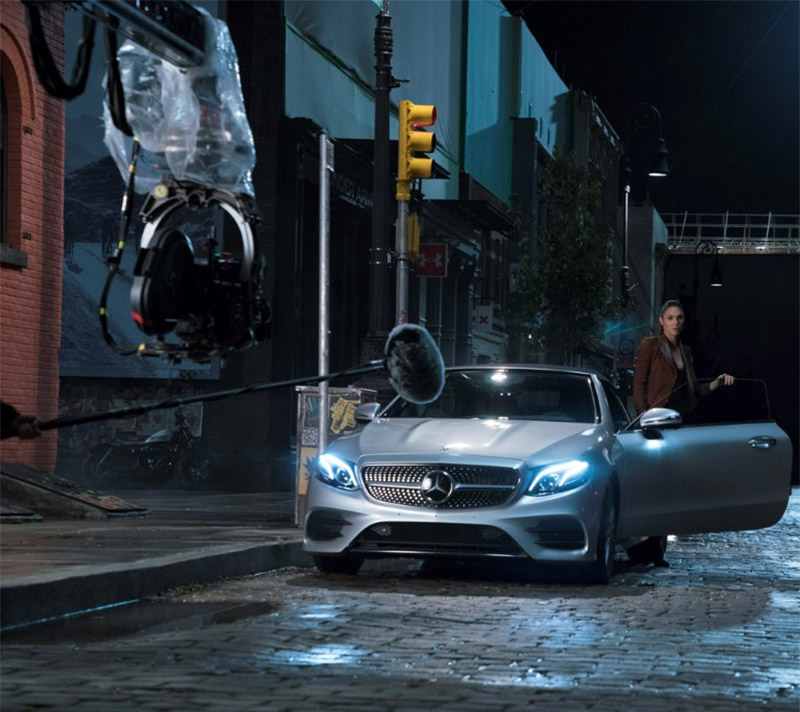 The Mercedes-Benz E-Class Cabriolet premieres on the silver screen as the vehicle driven by Diana Prince. Better known to the world through her Super Hero identity, Wonder Woman, Diana takes the E-Cabriolet for a ride on a mission to speak with Victor Stone, aka Cyborg. An additional automotive highlight in the film is the appearance of the Mercedes-Benz AMG Vision Gran Turismo as Bruce Wayne’s vehicle of choice when he drops in on Barry Allen, aka The Flash, to recruit him into the League.

Initially revealed to the public in 2013, the Mercedes-Benz Design team has developed a fully fleshed-out interior with illuminated elements, racing seats and a virtual dashboard section for the Mercedes-Benz AMG Vision Gran Turismo for JUSTICE LEAGUE production purposes. Filming required the whole vehicle to be enlarged to 110% compared to its predecessor, in order to accommodate seating the film’s impressive 6ft. 3 ½ in. tall Bruce Wayne while maintaining its sleek-looking low roofline.

“As a designer you have to create fantasy, so we often get inspired by the film industry. I am excited that this time, the film industry was inspired by us and our Mercedes-Benz AMG Vision Gran Turismo became the car for a super hero,” says Gordon Wagener, Chief Design Officer Daimler AG. “Extreme proportions, sensual contours amd intelligently implemented high tech blend to form a breathtaking body and the perfect car for Bruce Wayne.”

The Mercedes-Benz JUSTICE LEAGUE marketing campaign kicks off on October 6 with the TVC “Hard To Resist”, ahead of the U.S. release of Warner Bros Pictures’ highly anticipated movie on November 17. The TV Commercial will feature all main vehicles appearing in the film and deliver an explanation why Mercedes-Benz vehicles are “Hard to resist” even if you’re actually a super hero. The automotive star of the campaign motif for print, online and OOH is the new Mercedes-Benz E-Class Cabriolet, as it makes an appearance surrounded by members of DC’s iconic League. In addition, there is another, quite different campaign motif, named “Symbols,” showing an even stronger connection between these Super Heroes and Mercedes-Benz, with a surprising take on the brand’s star.

An extensive “Making of” featurette provides film and comic fans with an exclusive behind-the scenes look at the film shoot, highlighting the main Mercedes-Benz vehicles and the tremendous effort that was necessary in order to build up the Mercedes-Benz AMG Vision Gran Turismo new interior for its big screen debut.

A leading element of the marketing campaign promoting the movie and its hero vehicles is a series of digital comic stories that have been created in close co-operation with DC’s Custom Creative Studio, which will be released exclusively on Mercedes-Benz’ Instagram channels. These stories focus on the private lives of the JUSTICE LEAGUE characters’ alter egos, and present a fresh take on how a cool vehicle can sometimes save the day – even for the world’s most powerful heroes.