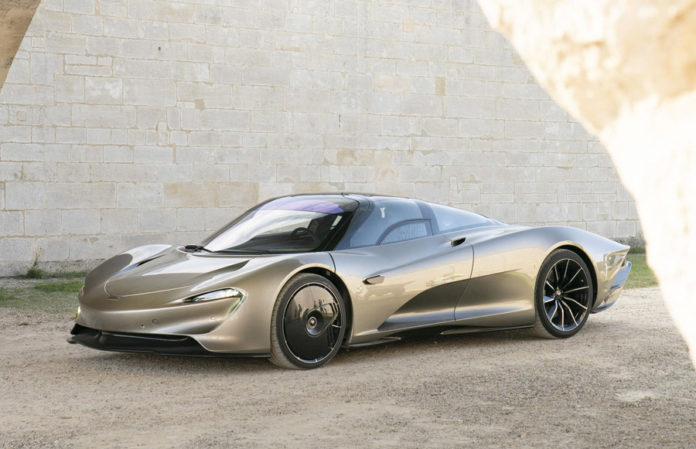 High-performance artistry from McLaren Automotive in the elegant form of its newest grand tourers, the McLaren Speedtail and the McLaren GT, impressed car enthusiasts and art lovers alike when France’s grandest motoring festival opened for one day only in Chantilly on 30 June. It was the first chance for the public to view the Speedtail, McLaren’s fastest-ever car, in the flesh and also a unique opportunity to see both new grand touring models together. The McLaren Speedtail was entered into the concours competition and joined a supercar parade that married beautiful automotive designs with the latest from the fashion world – providing French visitors with the bonus of seeing the Speedtail move under its own power, albeit at a fraction of its 403km/h top speed. 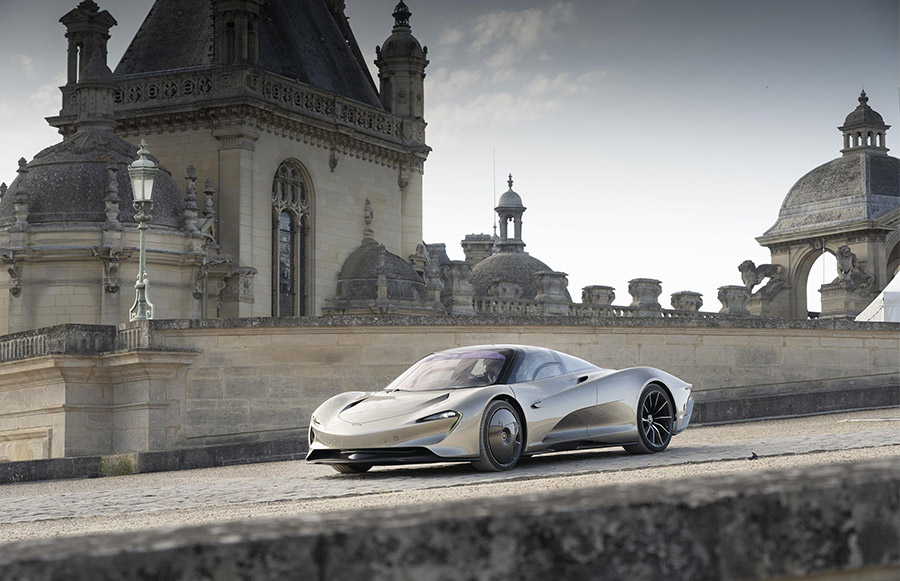 Centred around supercars but dedicated to all aspects of “the art of living”, the biennial Chantilly Arts & Elegance Richard Mille is a celebration of the exquisite, held in the equally exquisite grounds of the historic Chateau de Chantilly, 50km north of Paris.

As a brand committed to dynamic design and hand-crafted luxury, McLaren is very much at home in these magnificent surroundings, one of the jewels of France’s cultural heritage. The two new McLaren masterpieces on display at Chantilly this year dazzled for both their art and their elegance. 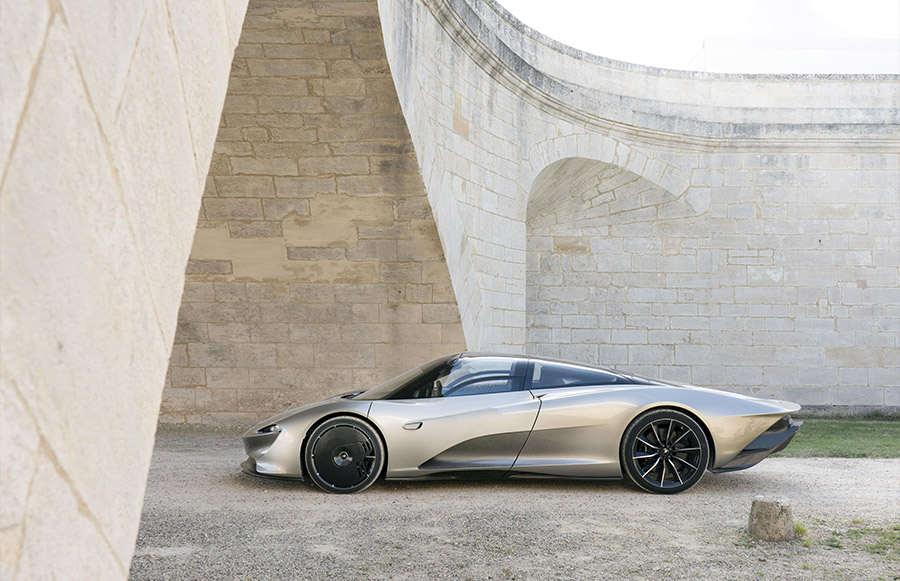 Stealing the show in a never-before-seen livery of Saragon Quartz body and Oxblood aniline leather and nubuck interior, the Speedtail for Chantilly showcases many of the bespoke luxury materials and finishes that characterise the latest Ultimate Series model – the most luxurious and spacious McLaren ever. The three-seat Speedtail’s streamlined, seamless body, shimmering in its champagne hue, features the Contour Pack of aero parts that include the front wheel covers, splitter, diffuser, cowl and engine cover, while setting this off in ultra-sophisticated style are 3k carbon body panels with a satin finish.

Making a rich contrast to the exterior is the three-seat, central-driving position cabin with full aniline leather and aniline nubuck of deep red. The seats feature bespoke painted edges in navy with bespoke quilting pattern (quasar) on the seat backs. Metal parts inside are machined aluminium with a brushed and polished finish. 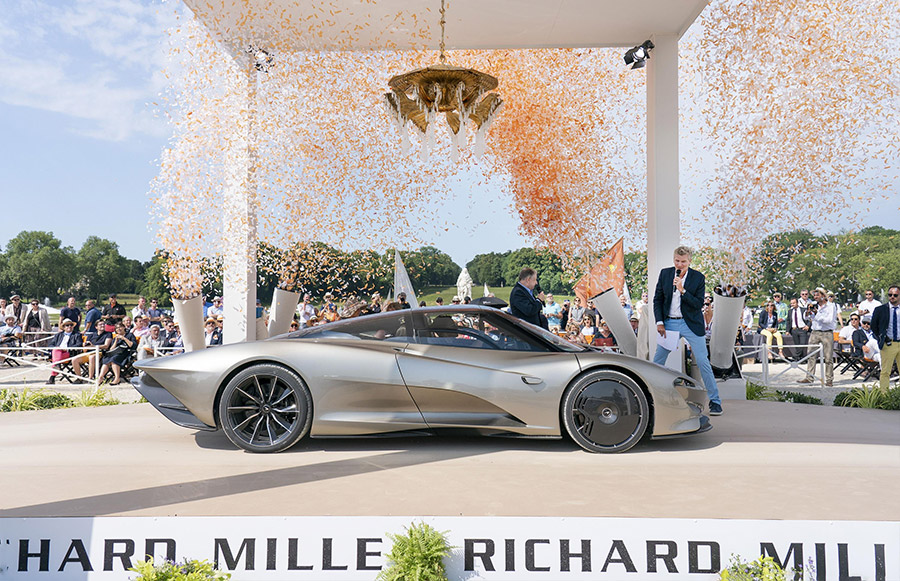 Just 106 Speedtails will be produced and with every one reserved, French enthusiasts were given a rare chance to see the car in the flesh. And to prove that McLaren’s 403km/h Hyper-GT has “magnifique” written all over it, the Chantilly Concours d’Elegance judges voted the Speedtail the ‘Best of Show’ prize – the Speedtail’s first award.

Also rewriting the rules of grand touring at Chantilly was the superlight McLaren GT, the brand’s first true Grand Tourer making its French national debut. The McLaren GT is a car that redefines the category by adding greater space, comfort and usability to McLaren supercar DNA – while retaining all the extreme performance, dynamic ability and driver engagement for which the brand stands. 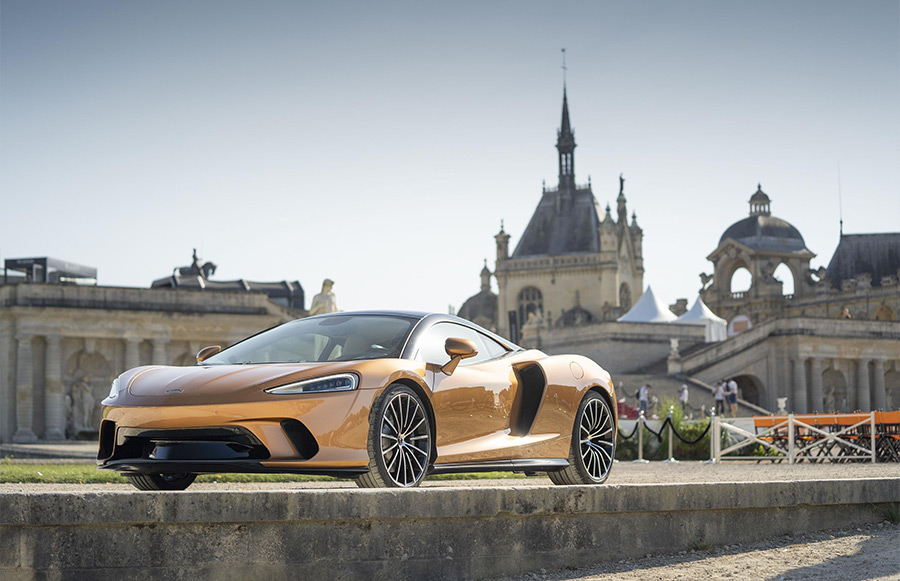 The GT’s beautiful design, hand-crafted finish and innovative materials were shown to stunning effect by a display model finished in Burnished Copper with Gloss Black diamond-cut alloy wheels, the optional panoramic electrochromic glass roof and an interior trimmed in Porcelain Blue leather. With performance even more breathtaking than its design – 0-200km/h in just 9.0 seconds and a top speed of 326km/h – the McLaren GT is available to order now priced from £163,000. 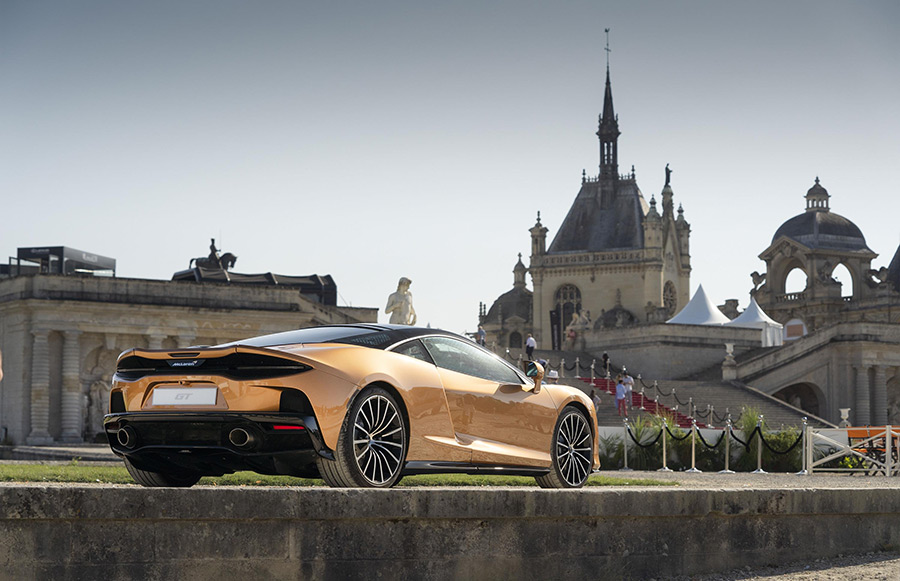 “To have the McLaren Speedtail recognised as ‘best of the show’ by the judges of the Chantilly Arts & Elegance Richard Mille is a great honour for us. The McLaren design team is always brave in its approach and receiving this award for the stunning design, craftsmanship and innovation combined with pure supercar DNA at a festival that pairs beautiful cars with a beautiful chateau setting is a fantastic reward to the team back in Woking.” David Gilbert, Managing Director Europe, McLaren Automotive

This year’s Chantilly Arts & Elegance on Sunday 30 June was the fifth festival and the fifth time the Woking-based creator of extreme performance sportscars and supercars has premiered its own “jewels” to French enthusiasts and collectors across the world. McLarens also featured prominently in displays of the most emblematic road and track cars from the past and present, with models taking part including the Senna GTR, F1 GTR, M16, ex-Ayrton Senna and Mika Häkkinen McLaren Formula 1 cars, 720S GT3 and, among road cars, the latest from the Super Series, the 720S Spider.