Hers is a story of passion and audacity 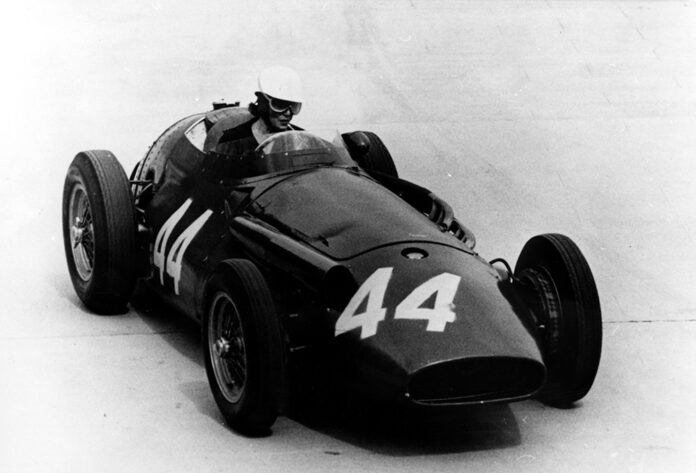 Maria Teresa de Filippis was the first woman to qualify for a Formula 1 Grand Prix, behind the wheel of a Maserati 250F. Hers is a story of passion and audacity and for this reason, Maserati celebrates her achievements on the occasion of International Women’s Day, 8 March.

Maria Teresa de Filippis was born in Naples in 1926 and decided to enter the world of motor racing almost as a challenge. In 1948 she participated in her first race; at only 22 years of age she won the 10 km Salerno-Cava de ‘Tirreni, 500cc class of the touring car category, decisively beating her male colleagues. That very first victory ignites her passion for racing and in the following year she triumphed in several competitions in the 750cc category.

Maria Teresa de Filippis transitioned to a Maserati 2000 A6GCS in 1955. In an article she later wrote about her racing years, she said: “A powerful car with which I felt I could do anything…and I did”, adding, “Poor car! So many spectacular accidents, but also so many victories!” Chief among which was the victory in the Catania-Etna in record time, which remained undefeated for the following three years. She finished in second place in the 2000 cc class championship of 1955.

In 1958, behind the wheel of a private Maserati 250F, Maria Teresa de Filippis made her debut in the GP of Syracuse and then competed in her first Formula World Championship Grand Prix in Belgium. A number of female racing drivers have competed in motor sport over the years, but only Maria Teresa de Filippis holds the unique record, one that can never be broken or equaled, of being the first woman to compete in Formula 1.

“I was either courageous or reckless, or foolhardy; Call it what you want, I just liked to go at full speed” – Maria Teresa de Filippis (1926-2016)

Able to stand out in an environment that had previously been considered exclusively male, Maria Teresa de Filippis earned the respect and esteem of her rivals in the field and brought to the track the values that still guide Maserati today: excellence, elegance and power.

Maserati and Maria Teresa de Filippis represent a winning combination. A story of tenacity, courage and audacity. The desire and resolve to face technical, physical and personal challenges and to transform them into opportunities to be seized, looking to the future with determination.

Five years after her death, the strength and importance of her accomplishments continue to define the values of Maserati and also inspire all the women who work for the Brand today. A video, due to be released on social media on 8 March, to coincide with International Women’s Day, unites and celebrates them.