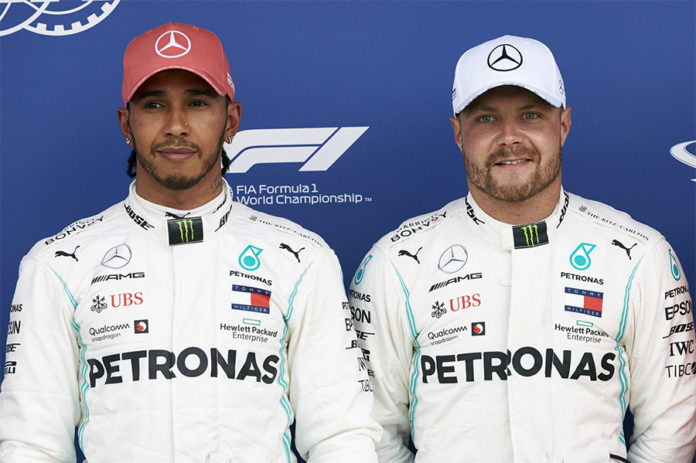 Are you a fan of Formula One? Want to acquire a piece of racing history? You can own Six-Time World Champion Lewis Hamilton’s racing suit, worn during his 2019 World Championship-winning Formula 1 season.

These are just some of the pledges in Bonhams’ not-for-profit digital auction that have been generously donated by the UK’s leading sportspeople, alongside pledges by actors, musicians, and artists, all in aid of the NHS Charities Covid-19 Urgent Appeal.

The auction is being hosted at bonhams.com and is online now, running for three weeks until Wednesday 29 April. Bids can be made by visiting bids@bonhams.com or calling Bonhams on +44 (0) 20 7447 7447. All lots will be available to view online at bonhams.com/theblueauction.

Bonhams is waiving all charges which means 100% of proceeds are going to the NHS Charities Covid-19 Urgent Appeal. Funds from the NHS Covid-19 appeal will help support the health and wellbeing of NHS staff and volunteers supporting Covid-19 patients in ways above and beyond which NHS funding can ordinarily provide. The appeal has a target of £100 million.

Details of the generous donations are:

For fans of other sports:

Ellie Orton, Chief Executive of NHS Charities Together, said: “As the nation adjusts to life in lockdown, the commitment of NHS staff and volunteers shouldn’t be far from our minds. These are the people who leave their homes to care for others and work tirelessly in the face of the virus when they’re needed most. It’s easy to feel powerless in these challenging times but this campaign is a way we can make a difference, to look after these heroes so they can give the best care possible in these unprecedented circumstances.”

Patrick Masson, Bonhams Managing Director for the UK and Europe said: “The NHS staff and volunteers are heroes to us all. We at Bonhams are honoured to host this initiative and to donate the skills we have at our auction house to support those who are working so hard for us on the frontline.”

Money raised in the auction will go towards:

W Series Announces Partnership with Formula 1 for 2021 and Beyond