By: Ferrari: | Photos Courtesy of: Ferrari 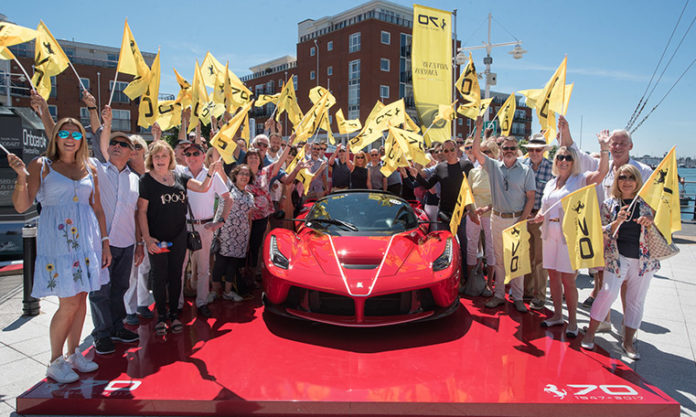 Meridien Modena had the great pleasure of starting the Ferrari 70th Anniversary tours in the UK on July 5. On a wonderful sunny morning the parade began at the historic Goodwood Motor Circuit to enjoy the spectacle of FF Corse testing the new Ferrari 488 Challenge. From there the 70 Ferrari cars, led by the LaFerrari Aperta, drove a beautiful scenic route finishing at the iconic Spinnaker Tower in Portsmouth. 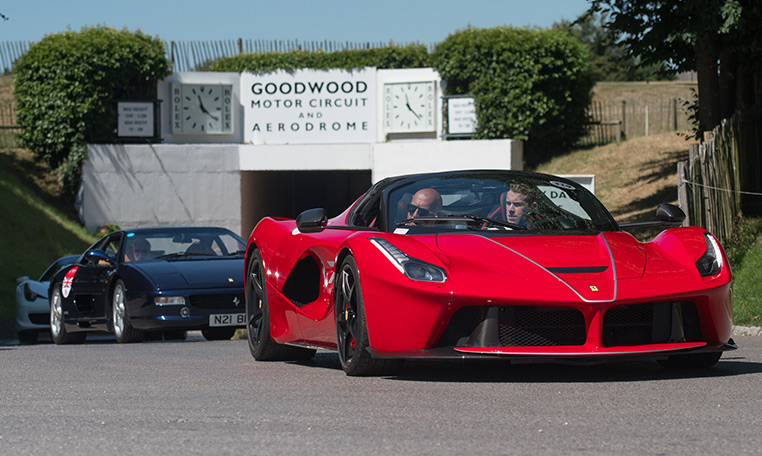 The LaFerrari Aperta lead the parade which had a fantastic range of Ferraris, with the particular mention of; three F40s, two F50s, a stunning Dino, and an F12tdf. In addition to all of the Ferraris there was a very special appearance of Meridien Modena’s Ferrari 250 GT Coupé Pinin Farina. This was driven by Tim Burton who is also very well known as “Shmee150″ on social media channels.

When all Ferraris were parked in their positions over 200 attendees congregated around the LaFerrari Aperta for a group photo with the incredible Spinnaker Tower as the back drop. Whilst the Ferraris were in place, members of the public could walk around the line-up and enjoy taking some photos. The day came to a close with the LaFerrari Aperta leading all of the Ferraris out of Gunwharf Quays with a huge line-up of Ferrari enthusiasts waving them off.