Gemera and Jesko Absolut Break Cover on the Peninsula 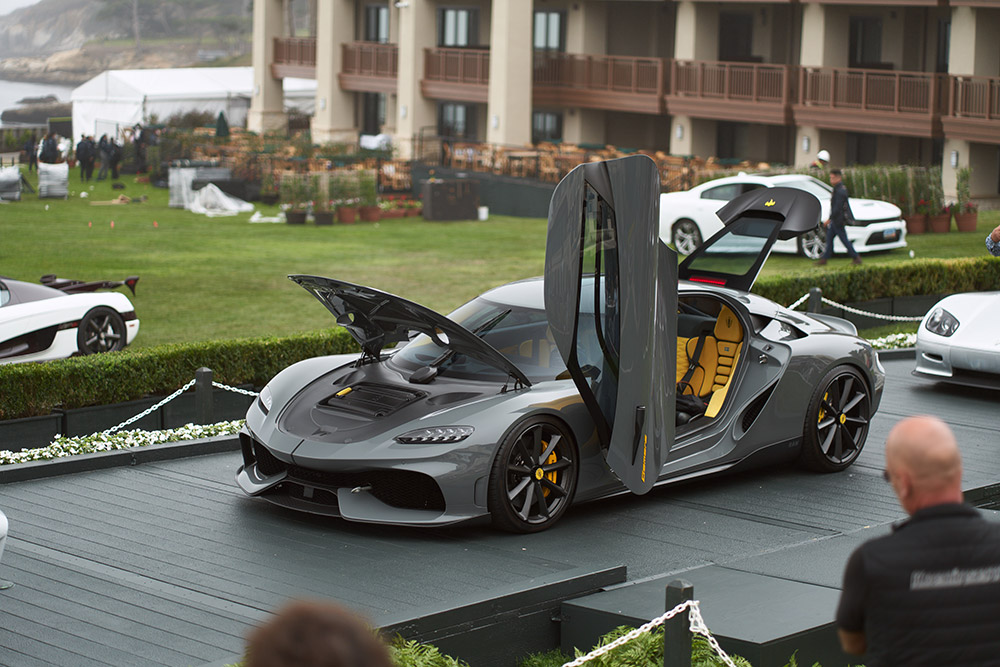 Koenigsegg came out in force this past weekend at the annual Monterey Car Week.  Featuring the Jesko Absolut and the upcoming Gemera, the brand garnered significant interest from media, owners, prospects and automotive enthusiasts.

The two cars were seen at The Quail, A Motorsports Gathering, The Ramp at Pebble Beach and on the Concept Lawn at the prestigious Pebble Beach Concours d’Elegance.

“I was overwhelmed by the extremely positive reaction the Jesko Absolut and Gemera received during our time in Monterey. It was gratifying to personally hear from people who have long followed our brand and our passion.” – CEO and Founder Christian von Koenigsegg

The two cars represent Koenigsegg’s goal of internalizing its development paths that go beyond industry standards to push the boundaries of innovation and deliver ultimate performance. Koenigsegg continues to push technological limits, with a focus on sustainability.

Furthering the brand presence and adding to the excitement of the event, five additional customer vehicles from the US Koenigsegg Ghost Squadron, were shown alongside the newcomers on The Ramp at Pebble Beach. The vehicles were: a CCR (that made a first appearance on US soil), CCX, Agera FE, Regera, and Agera RS.

The Jesko Absolut will be the fastest Koenigsegg ever made, and the company will never endeavor to make a faster series-production road car – ever. Customers will be able to choose between the Jesko Absolut and the more track oriented Jesko version.

Every surface element on the Jesko Absolut has been purposefully constructed to reduce drag or surrounding turbulence around the car while increasing high-speed stability. Although just as powerful, the Jesko Absolut is a more seamless and stealthier interpretation of the Jesko, its track-focused sibling.

The first Jesko customers are slated for delivery in spring 2022.

Ultimate performance has long belonged to the world of two-seaters with limited luggage space – until now. The Gemera is the world’s first MEGA-GT and Koenigsegg’s first four-seater. Extreme megacar meets spacious interior and ultimate environmental consciousness.

The Gemera’s engine is small. At the same time, it is big when it comes to power, torque and sound. Still, it is small when it comes to emissions and consumption. Developed by Koenigsegg and its sister company, Freevalve, it has been named the ‘Tiny Friendly Giant”. Being a two-liter three-cylinder engine, the TFG is future-proofed given its extreme performance, reduced fuel consumption and lowered emissions – not to forget its ability to run on second -generation CO2 neutral renewable fuels.

The Koenigsegg Gemera start of production is anticipated to begin in 2023.

Unprecedented Response to the Koenigsegg CC850

The Lamborghini Countach LPI 800-4 Arrives in the U.S.