By: Subaru | Photos COurtesy of: Subaru 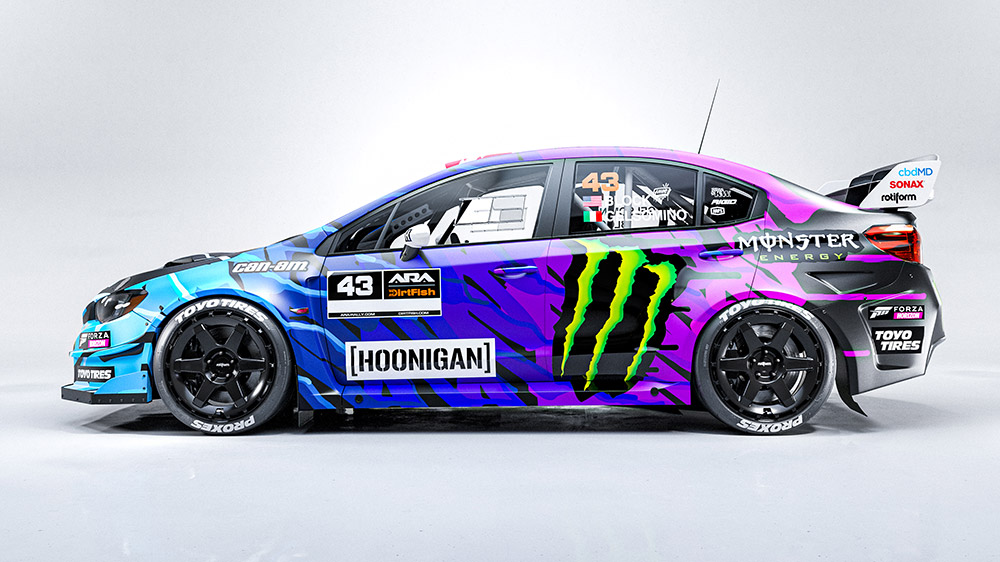 Hoonigan Racing Division and Ken Block today announced the return of the international rally star to a Subaru WRX STI for the first time since 2009. The #43 entry of Block and co-driver Alex Gelsomino will compete in a Subaru rally car for six of the seven remaining rounds of the 2021 American Rally Association season, alongside the Subaru Motorsports USA team vehicles of Travis Pastrana/Rhianon Gelsomino and Brandon Semenuk/John Hall. The duo will debut their new car at the DirtFish Olympus Rally, April 24-25.

“Beyond stoked to be back in a rally car full-time this year, and having it be in a Subaru again, it’s got a nice symmetry to it!”. I haven’t made a run at the full championship since 2013 and it’s going to take some time to get used to this newer generation of STI, but I like the feel of the car in testing and can’t wait to get out on the stages at Olympus. Travis and I go back a long way and we had a great battle at 100 Acre Wood last month, so it’s going to be a blast to go head-to-head in equal equipment.”

The connection between Subaru and Ken Block dates back to 2005, when the DC Shoes co-founder made his rally debut at Sno*Drift Rally in an Impreza WRX STI.  Block finished his first competitive rally season fourth overall and was named 2005 SCCA ProRally Rookie of the Year. He would remain a fixture of Subaru Rally Team USA and teammate of Pastrana through 2009, racking up ten U.S. rally wins, a pair of X Games medals and a trio of top-three finishes in the Rally America driver’s championship. This period also brought Block’s World Rally Championship debut in 2007, contesting the Mexico and New Zealand rounds in a Group N STI.

In addition to his competitive successes, Block’s original four-year stint with Subaru also saw the debut of the epic Gymkhana video franchise. The original Gymkhana Practice video starred a 530-horsepower 2006 STI and was a viral hit, followed by Gymkhana TWO and Gymkhana 2.1 featuring a 2008 STI hatchback.

After Block’s departure for an international rally and rallycross career in 2010, the connection between the “Head Hoonigan in Charge” and Subaru would be reheated by Gymkhana 2020, with Subaru’s return to the franchise produced by Block’s Hoonigan Media and starring his longtime friend and rival Travis Pastrana. The two will now go head-to-head in identical cars for rally wins for the first time in over a decade. Household bragging rights will be on the line as well; Pastrana’s co-driver Rhianon Gelsomino will be competing full-time with husband Alex for the co-driver’s championship.

Following Olympus Rally, the ARA championship will be on hiatus until Southern Ohio Forest Rally in June. Ken Block will compete at all remaining rounds, with the exception of Oregon Trail Rally due to a scheduling conflict.