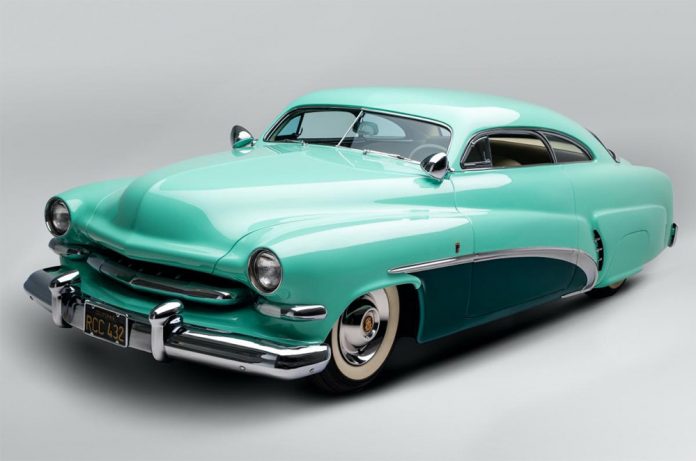 A selection of the world’s most innovative vehicles will be on display in downtown Chattanooga this October 15-17 for the second Chattanooga Motorcar Festival. Four Tucker Model 48s, a quartet of General Motors Motorama concept cars, the Hirohata Mercury, the Gyro-X two-wheeled car, and more, will headline the hundreds of spectacular vintage and modern cars showcased at this year’s Festival. Although the featured vehicles are uniquely different, they all share a common theme: they continue to inspire generations of designers, engineers, and enthusiasts.

Preston Tucker created the Tucker 48 in 1948 to showcase what a car could be by including features rarely seen before in a production automobile. His “Car of Tomorrow” featured streamlined styling, a rear-mounted engine, a “safety chamber,” and a center headlight that turned with the front wheels. Despite being ahead of its time, only 51 Tucker 48s were made because Preston Tucker faced an SEC investigation. Although he was acquitted of all charges, the company was unable to continue. A Tucker 48 is one of the most valuable classic American cars because of its legacy and rarity.

Beginning in the 1950s, General Motors started touring the country with concept and prototype vehicles that challenged contemporary aesthetics, introduced innovative technologies, and showcased advanced materials. The dawn of the rocket age meant anything was possible, and the cars in GM’s Motorama looked like they could fly to the moon. These vehicles, several of them gas-turbine-powered, inspired many of the technologies we enjoy today and helped advance new-car shows as an American cultural experience.

The Hirohata Mercury is one of the most iconic custom cars in the world, recognized for inspiring the custom-car hobby for decades to come. After he finished serving in the Navy in 1952, Bob Hirohata took his 1951 Mercury coupe to Barris Kustoms to have it extensively modified. The finished vehicle remains a standard for customized cars to this day. The Hirohata Mercury was the 17th car admitted to the National Historic Vehicle Register.

In 1967, Alex Tremulis, a renowned automotive designer, teamed up with a gyroscope expert to create a prototype concept that promised to be the future of automobiles. The Gyro-X is a two-wheeled car that uses gyroscopes to keep it balanced. The benefit of running on two wheels was that it made the car more efficient and compact. The aerodynamic body, paired with reduced road drag, meant the little car could reach speeds of 120-plus-mph using a small engine. Only one Gyro-X was built and is truly a unique sight to see. (Lane Motor Museum photo)

“For the car lovers who are looking for the rare and unusual, this year’s Chattanooga Motorcar Festival Concours d’Elegance will delight them,” said Ken Gross, Concours Director. “In addition to classics and antiques, there will be special classes for Jaguar and Porsche, and eight unusual minicars from the Lane Motor Museum in Nashville (Tenn.). Fans will not want to miss it.”