By: Hundai | Photos Courtesy of: Hyundai 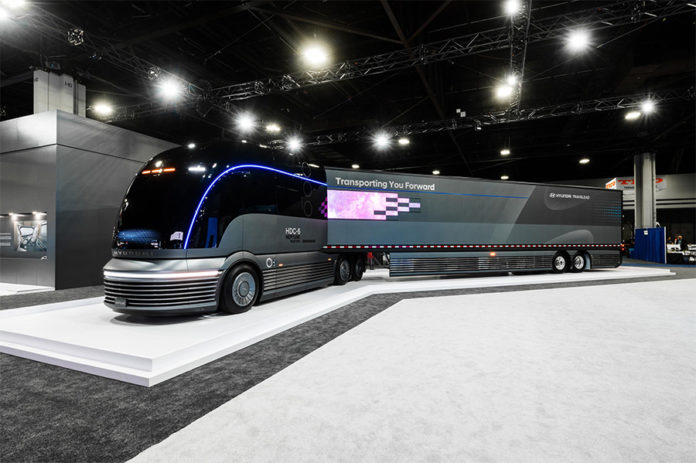 Hyundai is a global leader in fuel cell technology. In 2013, Hyundai launched the first mass-produced and commercially available fuel cell electric vehicle. In 2018, Hyundai launched the dedicated FCEV, NEXO. In December 2018, Hyundai invested USD 6.4 billion to accelerate the development of a hydrogen society, looking beyond passenger vehicles. “Today at this show, by showing HDC-6 Neptune, the first hydrogen-only concept for Hyundai Motor Company’s commercial vehicles, we will start exploring opportunities in the United States commercial vehicle market,” said Edward Lee, Head of Hyundai Commercial Vehicle Business Division. “Furthermore, we are willing to work with other partners to pave the way to establish a hydrogen ecosystem for CV.” 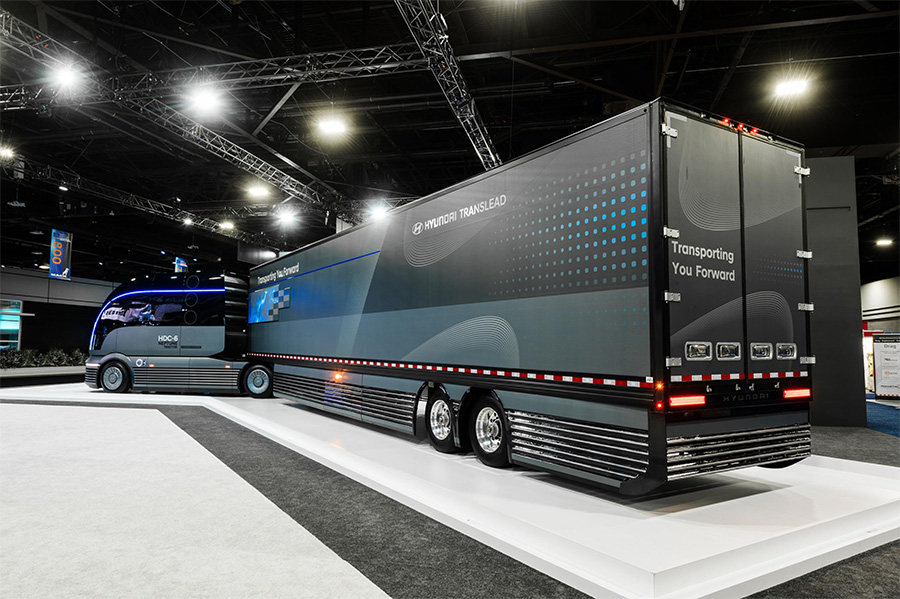 Hyundai has the necessary processes and experience to develop the quality vehicles that support its FCEV 2030 vision for a hydrogen ecosystem. For commercial vehicles, fuel cells are the perfect fit for heavy duty trucks and long driving distances due to higher drive range, higher payload, less refueling time and ultimately lower costs.

The HDC-6 NEPTUNE evolves the Class 8 truck, looking toward the future in design, in-cab technology and propulsion system. The concept continues Hyundai’s leadership in moving to a decarbonized society and the advancement of zero-emission vehicles. This future truck will add to the company’s success in commercial vehicles, which are already sold in 130 countries around the world. 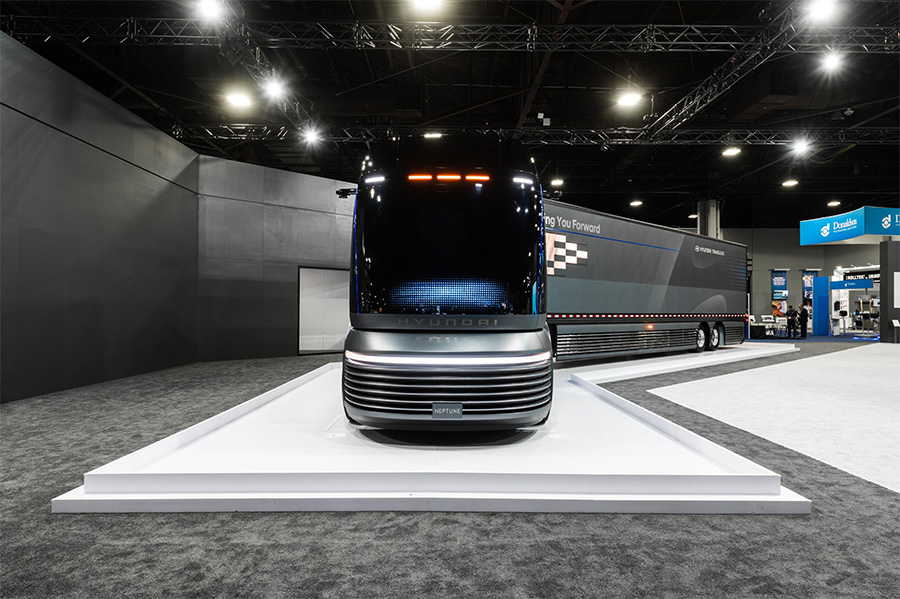 Hyundai also chose the 2019 North American Commercial Vehicle Show to debut the HDC-6 NEPTUNE Concept to introduce Hyundai commercial vehicles to the U.S. market. While Hyundai’s commercial offerings are well-known elsewhere, this is the first time they have been shown in the U.S. Moving forward, Hyundai will start exploring opportunities in the United States commercial vehicle market, as well as being open to working with other partners to pave the way to establish a hydrogen ecosystem for CV.

Adding to Hyundai’s sustainable mobility vision, the HT Nitro ThermoTech will be one of the first trailer manufacturers in North America to introduce a refrigerated trailer using a cryogenic nitrogen refrigeration technology system. The concept trailer, developed in collaboration with Air Liquide, is changing the way Hyundai Translead provides refrigerated transportation. The HT Nitro ThermoTech concept trailer’s carbon footprint is up to 90% less than a traditional unit.

Hyundai Motor Company’s 12,000+ sq. ft. display at the NACV Show features numerous exhibitions that represent Hyundai’s FCEV Vision 2030. In addition to the featured HDC-6 NEPTUNE Concept and Nitro ThermoTech trailer, which each have dedicated display areas, visitors can participate in a virtual reality experience to view the HDC-6 interior and view a mock-up fuel cell stack.

How Hyundai Motorsport Combines Performance and Sustainability with Electric Rac...