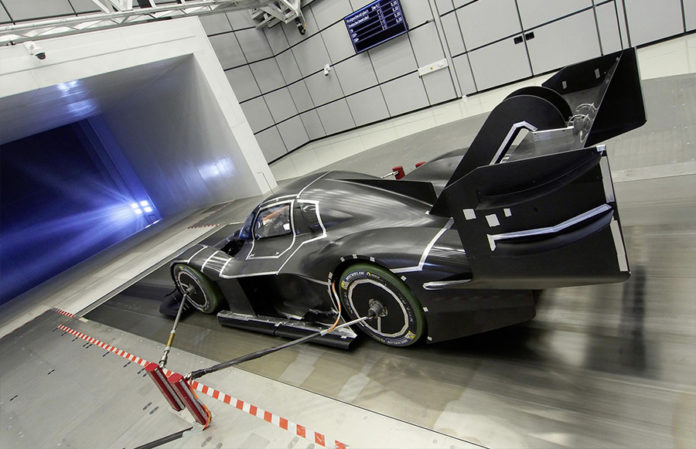 It is less than four weeks since Romain Dumas and the I.D. R Pikes Peak set a new all-time record of 7:57.148 minutes for the Pikes Peak International Hill Climb. For the Volkswagen Motorsport engineers, the race against the clock lasted far longer – about eight months. In motorsport, this is an extremely short period in motor racing terms, yet this is all the technicians were given to develop Volkswagen’s first fully-electric racing car.

The fact that they passed this test with flying colours was partly down to the innovative methods used during the test and development phase. “When we were in the wind tunnel with the 1:2 scale model of the I.D. R Pikes Peak, we gained a lot of time by using 3D printing,” explains Dr. Benjamin Ahrenholz, Head of Calculations/Simulations at Volkswagen Motorsport. Based on his notes, the aerodynamics experts tested several hundred different configurations for the chassis details of the electric racing car. “We made about 2,000 individual parts for the wind tunnel model in the 3D printer, sometimes with several printers working at the same time,” Ahrenholz explains. 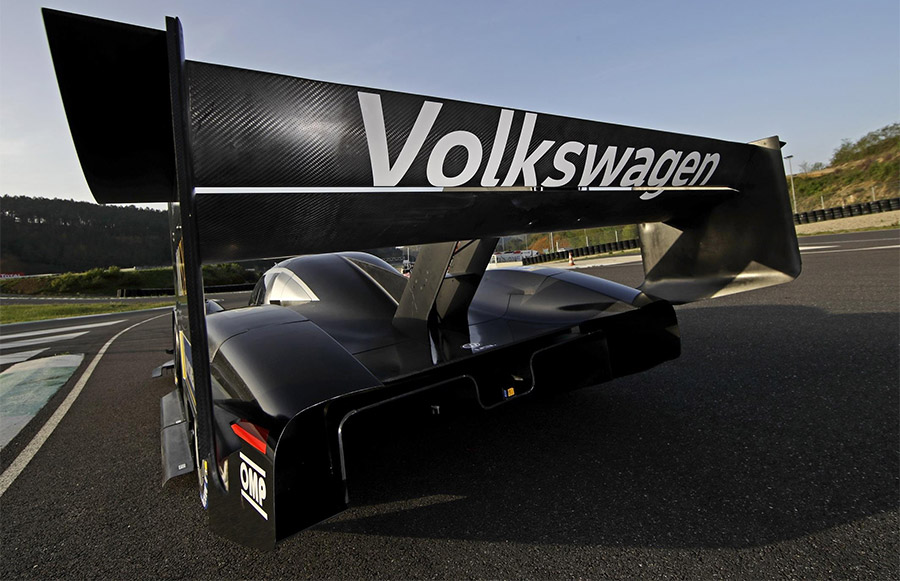 These parts were available to the team within just a few days. “In the case of conventional manufacturing, such as with carbon fibre, we would have had to wait several days or weeks,” says Ahrenholz. Days that, given the time pressure, the engineers simply did not have. Especially as the manufacture of carbon-fibre parts requires intricate and thus expensive mould construction. One advantage of the three-dimensional printing process is the manufacture of individual items.

Printed components save time during tests too

Technical possibilities meant that the 3D printing components used during the development phase for the I.D. R Pikes Peak could have an edge length of no greater than about 50 centimetres. “An example of the kind of parts that were printed is the lamellar upper cover on the front wheelhouses,” explains Ahrenholz. “On the other hand, we made the I.D. R Pikes Peak’s big rear wing from aluminium on the 1:2 scale model.” The spectrum ranged from a bracket just a few centimetres in size for a sensor, to complex channels supplying batteries and brakes with cool air.

As 3D printers process comparatively soft, thermoplastic polymer plastic, components manufactured in this way cannot withstand great mechanical loads. “This only plays a minor role in the wind tunnel,” Ahrenholz says. Only the parts determined to be ideal during the test phase were then made of carbon-fibre composite or metal. Occasionally, the engineers were also able to use the 3D printing products to bridge the time until the final product was delivered. “This way we did not have to suspend testing just because a certain part was not yet ready – for example, a cover for the batteries’ power electronics,” Ahrenholz recalls. 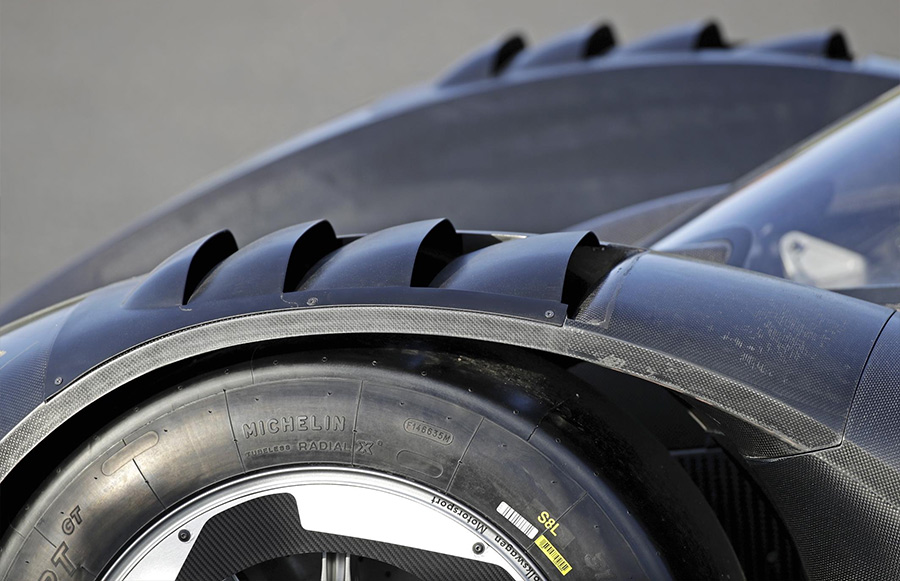 Some of the components made in the 3D printing process did indeed find their way into the race car itself. These were exclusively small parts, the shape of which would have been very complicated to manufacture using other manufacturing methods, such as casting or laminating, and the dimensions of which did not have to adhere to extremely low tolerances. The plastic used in the 3D printing process is heated, as it must be viscous in order to be processed in the printer nozzles. Parts produced in this manner shrink slightly when the cool, meaning that the final dimensions cannot be defined 100 percent accurately, depending on the printing procedure.

For this reason, the only parts from the 3D printer to be used on the I.D. R Pikes Peak during its record-breaking run on 24 June 2018 were auxiliary components like brackets for cables and switches. Even they unquestionably played their part in the overall concept of the record-breaking car.