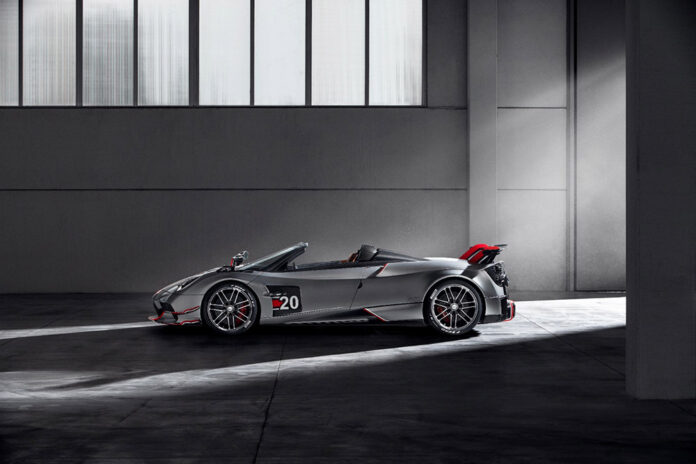 Horacio Pagani, Founder & Chief Designer of Pagani Automobili, has won the XXVII Compasso d’Oro award of the ADI – Associazione per il Disegno Industriale – in the “Design for mobility” category. The prize, which was given to the designer for the Huayra Roadster BC project and is the San Cesario-based atelier’s first Compasso d’Oro, was assigned by an international jury, who selected the 20 best objects in the various categories.

Established in 1954, the ADI Premio Compasso d’Oro — Golden Compass Award — is the world’s oldest and most distinguished design award, based on an idea by Gio Ponti to highlight the value and quality of products designed in Italy.

The award presentation ceremony was held on 20 June at the ADI Design Museum in Milan which will host an exhibition of all the products entered for the 2022 award, from 21 June to 11 September. As a result, the Huayra Roadster BC is now part of the ADI Compasso d’Oro Collection.

Horacio Pagani’s approach and style distinguished themselves in the “Design for mobility” category thanks to the work on the Huayra Roadster BC project, described by Horacio Pagani as “an extreme inspiration drawn from beauty and scientific research in all its forms”. Developed in 2019, the Roadster BC is the outcome of meticulous work on the vehicle aesthetics and obsessive attention to details, to create a unique Pagani automobile that would deliver an incomparable driving experience. The result is an audacious, exuberant car, handcrafted in line with Leonardo da Vinci’s principles of Art and Science, fundamental elements that form the basis of the Pagani Automobili creative philosophy.

“For me it is an honour to be recognised as one of the best designers and an excellence of Italian design by the ADI jury,” Horacio Pagani commented, “but I want to stress that this award must be shared with the Pagani design and engineering team that has worked by my side ever since this wonderful adventure began. Without their frank and constant feedback, the passion they put into their work every day, none of this would be possible.”