Larger, more advanced and styled with the latest in Bentley design 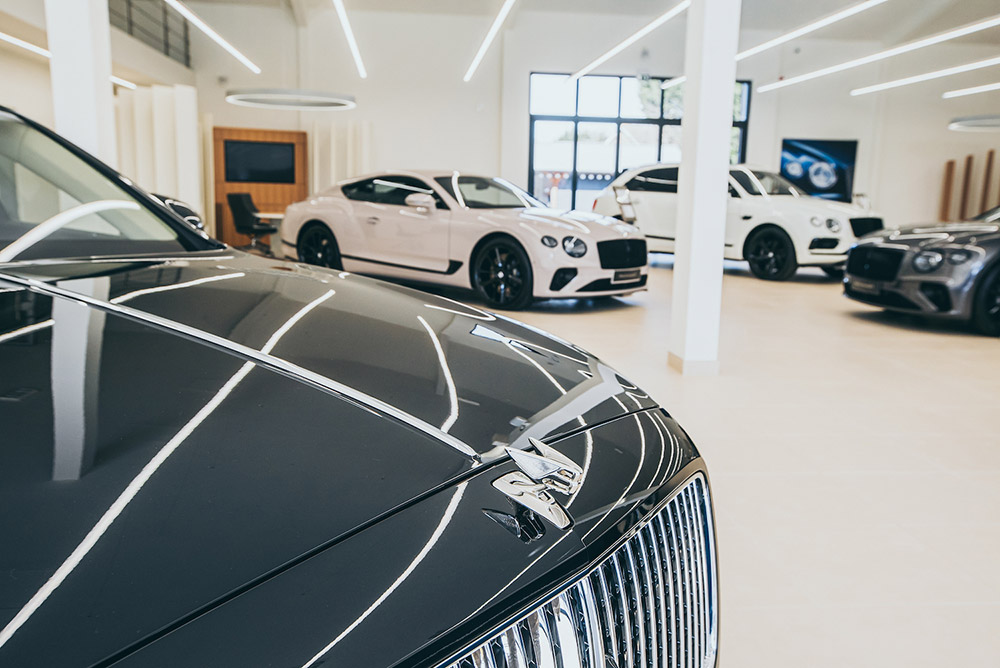 H.R. Owen is ready to welcome the first physical customers to its cutting-edge new Bentley Surrey showroom from April 12; larger, more advanced and styled with the latest in Bentley design, it offers the ultimate sales experience. Bentley Surrey has moved from its previous site in Byfleet to the advanced new showroom in Ripley, less than 15 minutes away.

The new Bentley Surrey showroom occupies a 0.7-acre site with space to display around 30 examples – inside and out – of new and approved used Bentleys. It’s the perfect location to showcase the latest Bentley line-up, which is more diverse than ever. From the Flying Spur to the New Bentayga Hybrid, Bentley Surrey will be able to offer buyers even greater flexibility than in its previous iteration.

With such a long and storied history, it’s only fitting that H.R. Owen Bentley Surrey remains close to the iconic Brooklands racing circuit, just a 15-minute drive away. Sir Henry Birkin famously set a record of nearly 138mph at Brooklands in Bentley Blower No.1 during 1932, while the namesake of H.R. Owen’s Jack Barclay Bentley showroom – the world’s oldest – also won at Brooklands in a Bentley during 1929.

From the very inception of this new site, it was designed as a welcoming destination for Bentley owners and automotive enthusiasts alike. Customers will be treated to a spacious and luxurious showroom experience and the local community of Bentley enthusiasts and car lovers will find a brand new event space on their doorstep. Bentley Surrey will become a real hub of activity week-in, week-out, with pop-up food and drink, the latest new cars and a friendly, welcoming team of Bentley Surrey staff to show you around.

This latest development is just the most recent in a long line of investments by H.R. Owen into its showroom offerings. In 2018 Jack Barclay Bentley was overhauled with a multi-million-pound renovation, ensuring both the heritage and the future of the world’s oldest and most famous Bentley dealership is secured. Earlier this year it was also announced that H.R. Owen would open an all-new cross-brand site in Hatfield, complete with Bentley, Lamborghini and Maserati showrooms, alongside others.