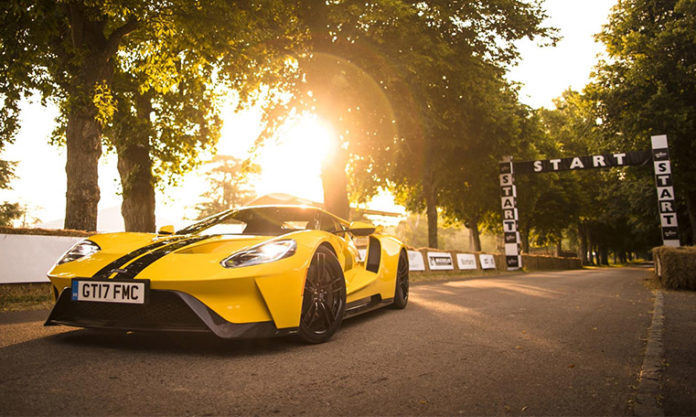 The ultra-high-performance Ford GT road car makes its Goodwood Hillclimb debut alongside the Ford Mustang GT4 race car, on show in Europe for the first time, at the 2017 Goodwood Festival of Speed.

Ford Chip Ganassi Racing drivers Billy Johnson, Andy Priaulx and Harry Tincknell are taking the wheel of the 216 mph Ford GT to tackle the challenging 1.16-mile Goodwood Hillclimb course. All three drivers are fresh from competing at the 2017 Le Mans 24 Hours in the sister Ford GT race car, where Priaulx, Tincknell and Pipo Derani grabbed the runner up spot in the GTE Pro Class with the #67 Ford GT during a thrilling finish.

The track-ready Ford Mustang GT4 is also piloted by Johnson, and Ford’s Le Mans stars are joined at Goodwood by drifting ace Vaughn Gittin Jr., returning with his bespoke Mustang RTR to participate in the festival’s first ever drift event.

Visitors to Ford’s Goodwood show stand are also able to experience for the first time in the UK the all-new version of the country’s best-selling car; the Ford Fiesta. Ford is also showing for the first time the new Ford S-MAX ST-Line sports activity vehicle. 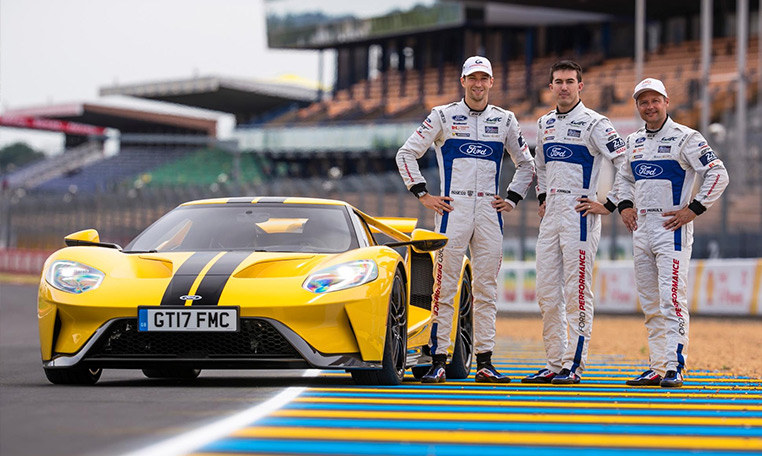 “We’re excited to demonstrate the Ford GT – our fastest ever road car – to a Goodwood audience that shares our passion for performance,” said Steven Armstrong, group vice president and president, Europe Middle East and Africa, Ford Motor Company. “The Ford GT supercar serves as a test bed for new ideas for future vehicles across the Ford line-up. That spirit of innovation and sporting inspiration can also be seen in the all-new Ford Fiesta and new S-MAX ST‑Line at our Goodwood showstand.”

Powered up the Goodwood Hillclimb for the first time by a 3.5-litre V6 EcoBoost engine SAE rated at 647 horsepower and 550 lb.-ft. of torque in U.S. specification, the Ford GT road car is the fastest Ford production vehicle ever.

The Ford GT’s carbon fibre construction delivers both weight savings and sleek body shapes that would not have been possible with steel or aluminium. 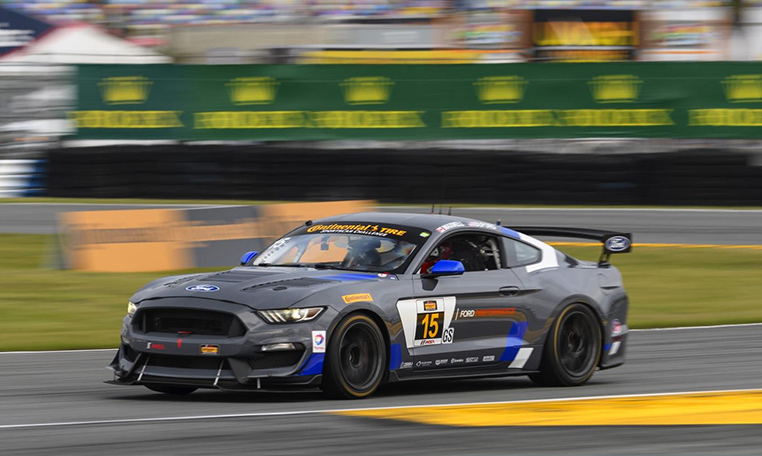 The fearsome Ford Mustang GT4 – a track-ready race car version of the iconic Ford Mustang that was last year the world’s best-selling sports car – is on show in Europe for the first time at Goodwood.

Available for racing privateers and teams to order through Multimatic Motorsports from mid-July, the race car is powered by a next generation 5.2-litre V8 engine specifically tuned for GT4 competition and delivering about 450PS and 600Nm of torque, subject to each race series’ Balance of Performance requirements. 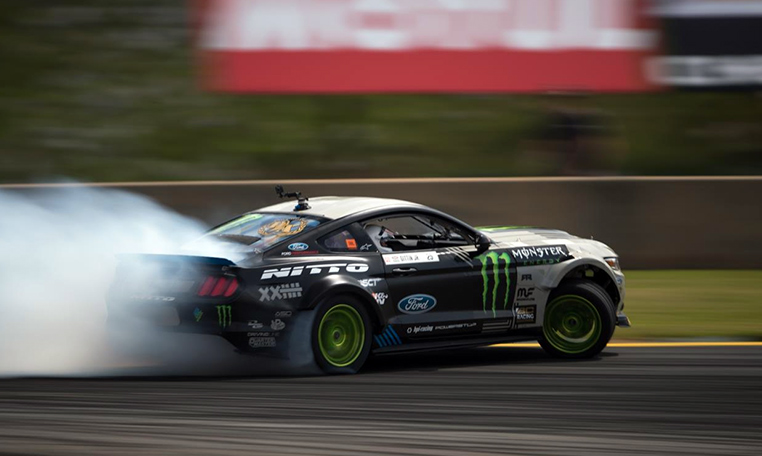 Gittin Jr.’s Monster Energy Nitto Tire Ford Mustang RTR Spec 5-D exhibition car is based on his competition drift car, and is powered by a Ford Performance Aluminator XS engine with a Vortech Supercharger that produces 750 horsepower and is able to rev to 8,000 rpm. Fully adjustable suspension enables the handling dynamics of the Mustang RTR drift car to be fine-tuned, and carbon fibre body panels reduce weight for even sharper responses.

The three-story Ford stand offers one of the finest views of the festival, further enhanced using Ford’s Spectator Binoculars at locations across two floors.

Visitors can experience The Leap, which challenges daredevils to take a 4.5-metre plunge on to an airbag below. A team of parkour athletes are also ascending an experts-only 9-metre platform eight times a day to perform a series of choreographed stunt falls, spins, flips and somersaults.

Celebrating Ford’s partnership with the Team Sky elite cycling team, visitors to the Ford stand can compete using the Team Sky cycling simulator, which pits guests against each other in a virtual race on handmade Pinarello racing bikes.

Visitors to the stand also can immerse themselves in to the heat of World Endurance Championship (WEC) racing in an incredible 360 degree virtual reality lap of the Silverstone, U.K, racing circuit onboard the Ford GT.