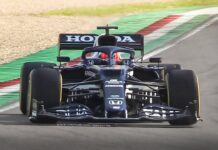 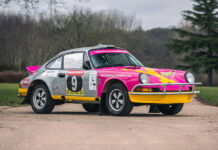 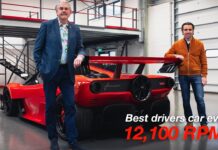 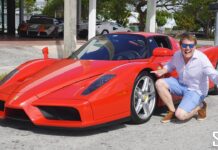 Driving a STRAIGHT PIPE Ferrari Enzo! Exclusive Tour at We Are Curated 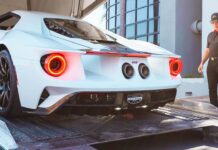 Considered one of the most recognizable sports cars in the history of the automobile, the Porsche 911 debuted in September 1963 at the Frankfurt Auto Show. A radical departure in form from the four-cylinder Porsche 356, the 901 represented the most advanced thinking of Ferdinand “Butzi” Porsche – a rear-mounted, flat six, giving the car both power and traction.

First called the 901, the new model was renamed the 911 when Peugeot claimed the worldwide trademark rights to all three-digit car model designations with a “0” as the middle number. This car is one of about 40 cars built in mid-1964 before official production of the 911 started – that’s why it’s designated a 901 and not a 911. Advanced in comparison to the Volkswagen-derived Porsche 356 engine, the newly designed Porsche 901/911 power unit was a two-liter, air-cooled flat six that produced 130 horsepower. Acceleration from 0 to 60 miles per hour was a brisk 8.3 seconds.