The Ferrari F8 Spider: The Evolution of the Species 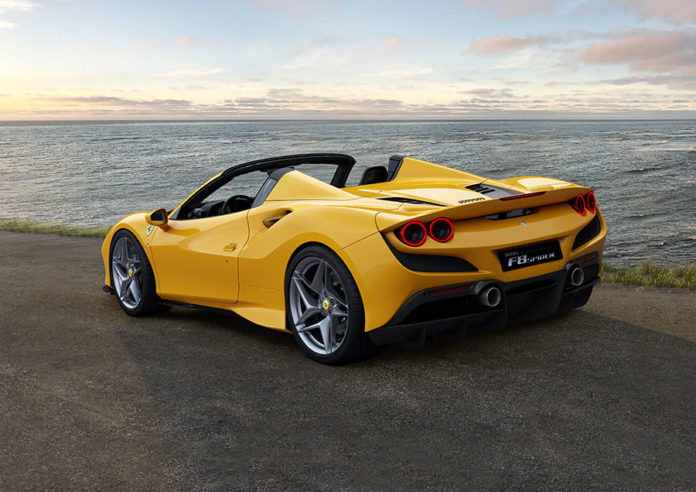 Ferrari has unveiled the F8 Spider, the new generation drop-top sports car equipped with the most successful mid-rear-mounted V8 in history. 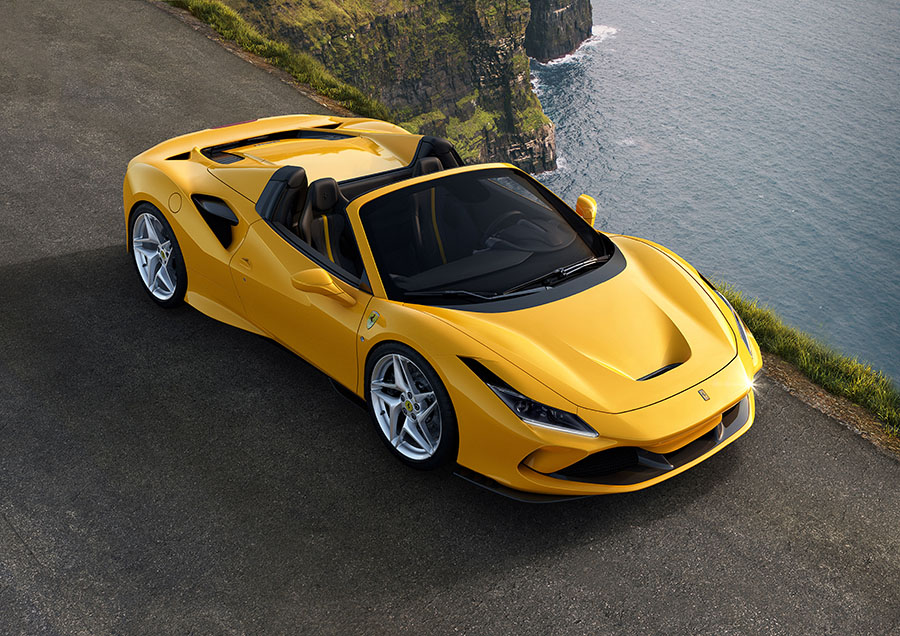 The Ferrari F8 Spider was designed in parallel with the F8 Tributo berlinetta and features the Prancing Horse’s compact and efficient RHT (Retractable Hard Top) which influences the lines of a model that leads its category. 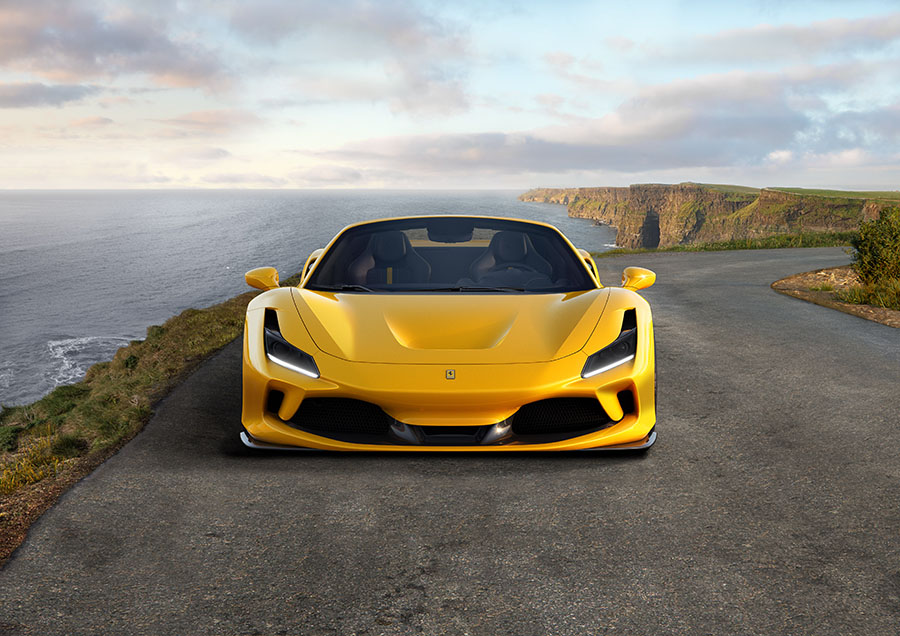 The F8 Spider is the latest addition to an exclusive and prestigious bloodline of open-top V8 cars begun with the 308 GTS in 1977. It is less extreme than the 488 Pista Spider, but sportier than the 488 Spider which it replaces in the range. 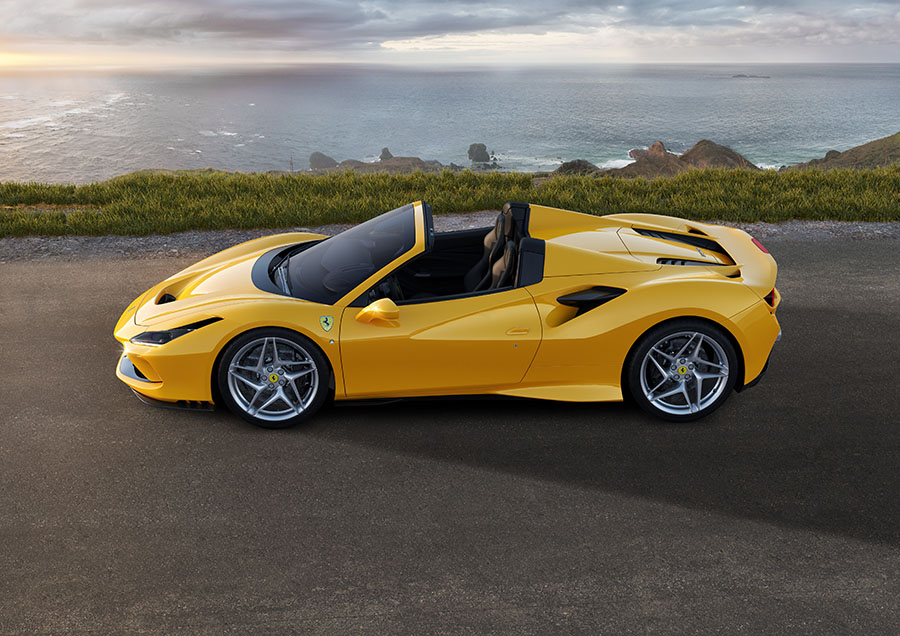 Consequently, the F8 Spider sets a new benchmark for the “en plein air” sports car in terms of usable performance and exceptional handling, providing an incredibly rewarding driving experience. In fact, it excels in merging handling dynamics with surprising in-car comfort. This Ferrari spider thus combines the characteristics of the most lauded 8-cylinder engine in history with unparalleled driving pleasure. 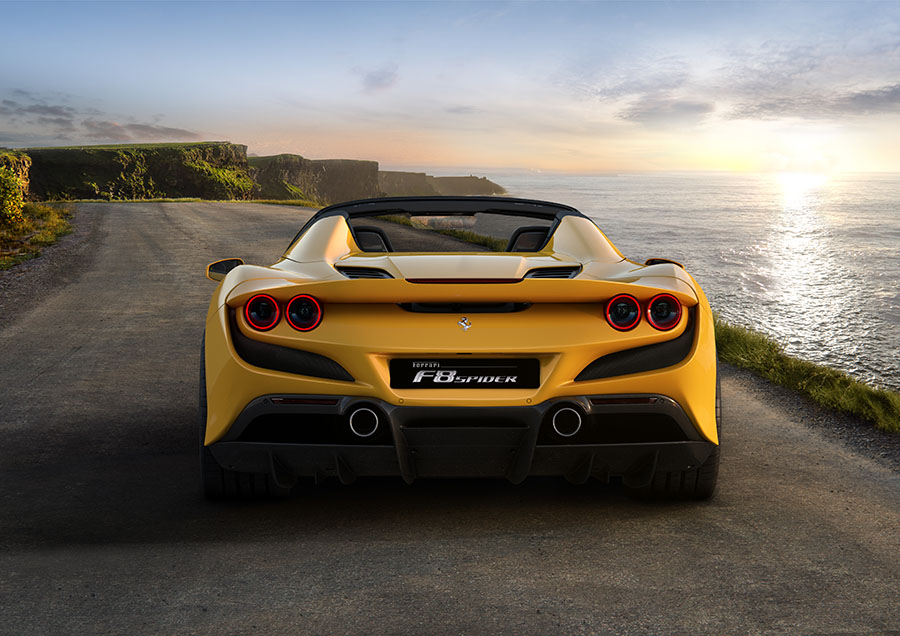 The V8 has raised the performance bar to unprecedented new heights, not only for turbo engines but power units of all types. The engine is a development of the V8 that won the “International Engine of the Year Award” for four consecutive years (2016, 2017, 2018 and 2019) and that was also selected as the best engine of the last two decades. An incredible feat unmatched in the history of the Awards. 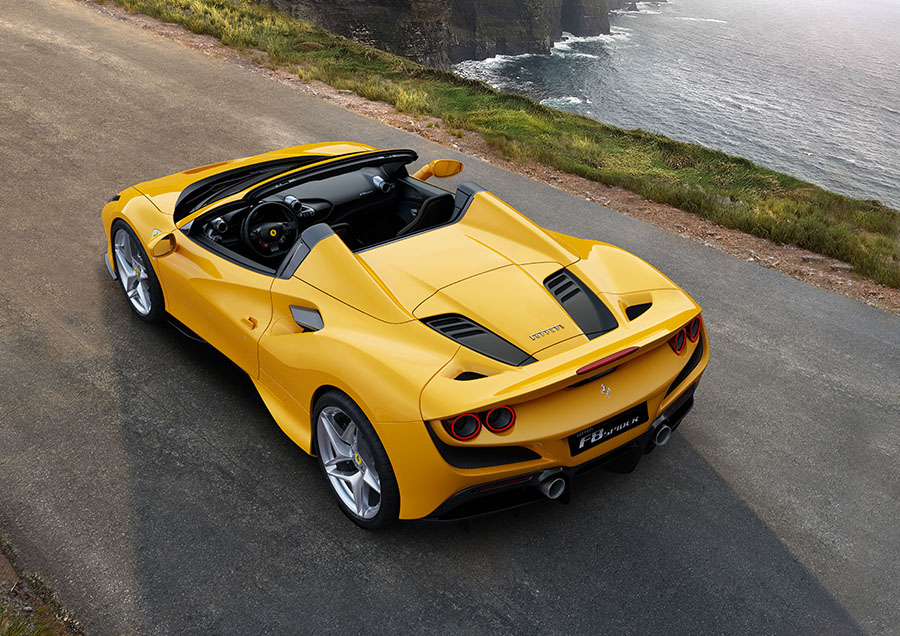 The F8 Spider’s greatest achievement is the fact that it unleashes its power instantaneously with zero turbo lag, whilst retaining this V8’s unique and very special soundtrack. This astonishing performance and the car’s disarmingly effortless handling were made possible by integrating a series of innovative, track-derived aero solutions into its design. 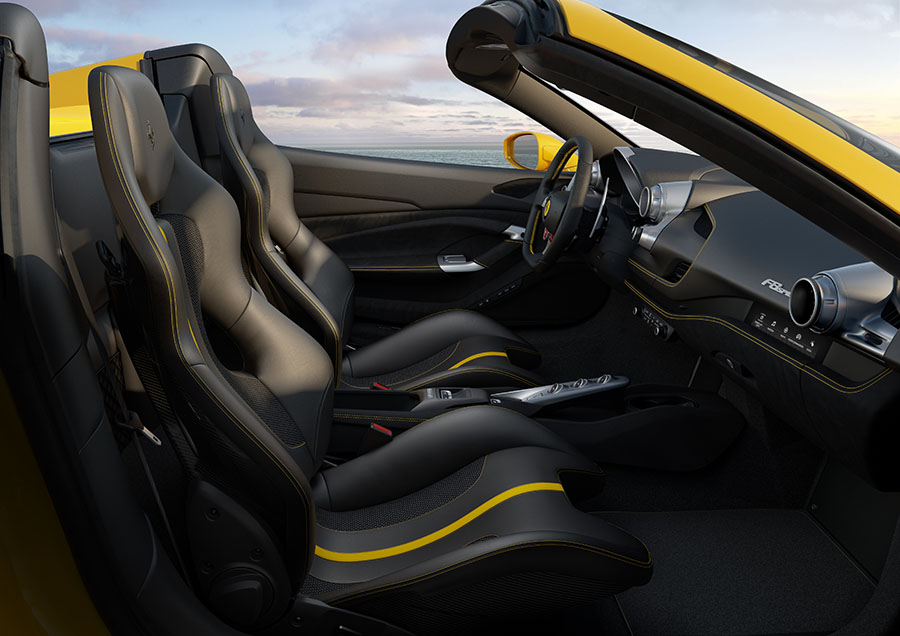 The mission of every new model produced by Maranello is to introduce new design features and outperform its predecessors on all fronts. The challenge the engineers and designers always face is to push their own creative limits and the boundaries of technology by introducing new, leading-edge solutions and setting new levels of excellence. This is something they have done to brilliant effect once again with this new model. 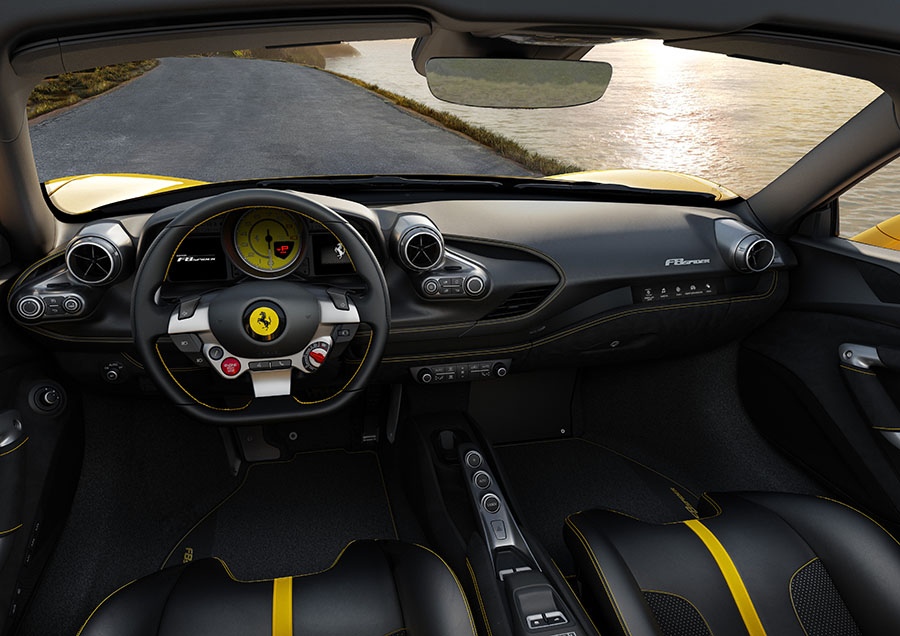 The F8 Spider replaces the 488 Spider and improves on all aspects of its specifications: aside from the fact that its engine delivers an extra 50 cv, the new Ferrari is 20 kg lighter than its predecessor. It weighs just 20 kg more than the more extreme 488 Pista Spider. The F8 Spider is significantly more aerodynamically efficient, too and features the new 6.1 version of the Side Slip Angle Control system.