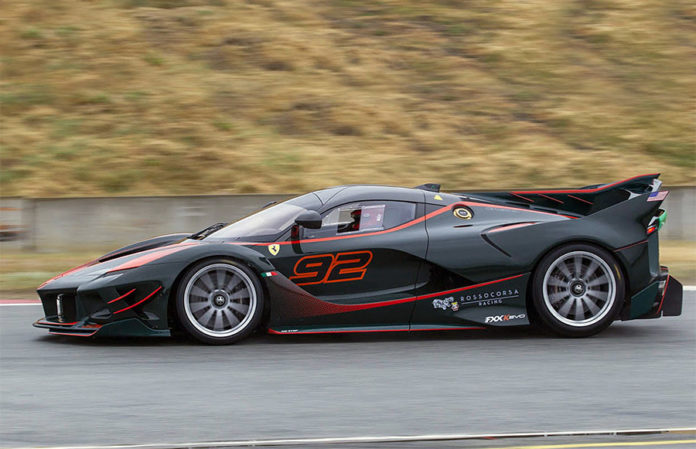 The three-day Ferrari Racing Days event concluded with winners crowned in the third round of Ferrari Challenge North America and demonstrations from the Corse Clienti F1 and XX programs capturing the imagination of the fans in attendance.

The Corse Clienti Formula One cars brought racing machines once driven by Michael Schumacher and Rubens Barrichello during a successful 2004 season to the iconic 11-turn, 2.238-mile road course at WeatherTech Raceway Laguna Seca. While the F1 cars brought high-speed thrills and familiarity to racing fans, the supercars in the XX program evoked curiosity and wonder to an audience that had largely never seen them before.

Ferrari explains cars in the XX program as being “aimed at a small, highly select group of Ferrari clients: supercar enthusiasts eager to share the development of technologically innovative content with the Prancing Horse technicians, through driving a closed-wheel laboratory car.” 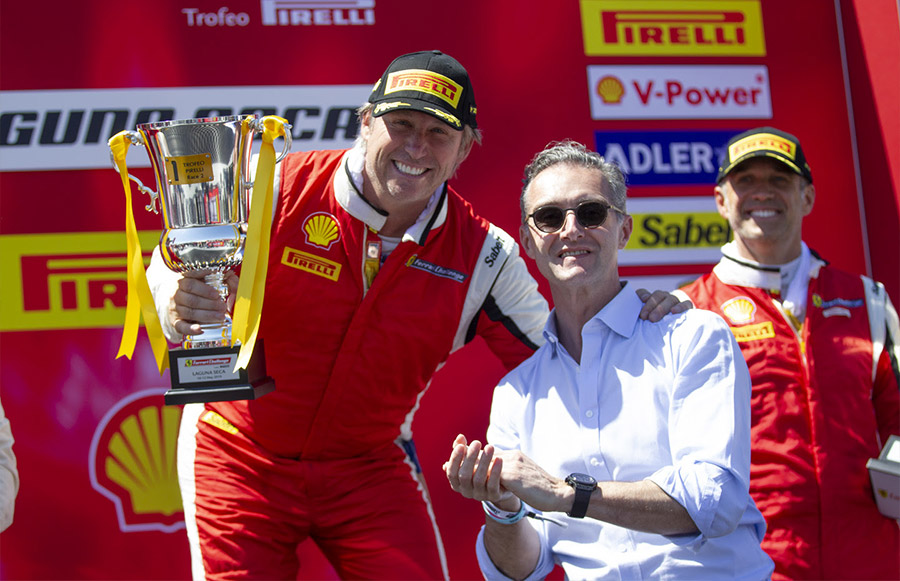 Nearly 20 cars from the XX program hit the track between the FXX K Evo, 599XX Evo and FXX models. The 1,036-horsepower V12s of the most populous group – FXX K Evo – roared through the undulating circuit to the delight of the crowd.

The third round of the Ferrari Challenge North America championship series concluded with winners being crowned in Race 2 for Trofeo Pirelli and Coppa Shell. Martin Burrowes took the overall Trofeo Pirelli win and was joined by Joseph Rubbo and Thomas Tippl on the podium. Race 1 winner Cooper MacNeil, who turned the fastest lap at 1:29.667, finished fourth. Karl Williams won the Pro-Am class. The Coppa Shell victory went to Mark Issa for the second day in a row with Joe Sposato winning in the Amateur category.

While Ferrari wrapped up its only annual celebratory racing event of this caliber in the United States, World Superbike racers completed their Pirelli Italian Round at the circuit named after Enzo Ferrari – Autodromo Enzo e Dino Ferrari in Imola, Italy. Alvaro Bautista, Jonathan Rea, Tom Sykes and the rest of the grid come to the United States for the only time this season during the next premier event scheduled at WeatherTech Raceway Laguna Seca, the MOTUL FIM Superbike World Championship GEICO Motorcycle U.S. Round with MotoAmerica July 12-14.

Fans are encouraged to come to WeatherTech Raceway Laguna Seca this week for the Amgen Tour of California Men’s Stage 4 Start presented by Lexus on Wednesday, May 15, at 10:05 a.m. and Laguna Seca Cars & Coffee on Saturday, May 18 at 8-10 a.m.

Tickets to upcoming events and the 2019 Season Pass are available on www.WeatherTechRaceway.com or by calling 831-242-8200.