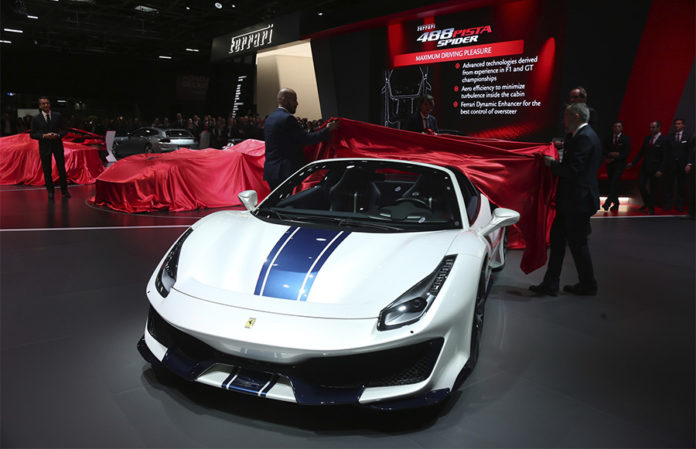 After its world premiere at the Pebble Beach Concours d’Elegance®, the new special series Ferrari 488 Pista Spider has made its European debut at the Paris Motor Show. The 50th drop-top model to be introduced by the Prancing Horse is also the most powerful series production spider in Ferrari history, with an unprecedented weight/power ratio of 1.92 kg/cv. 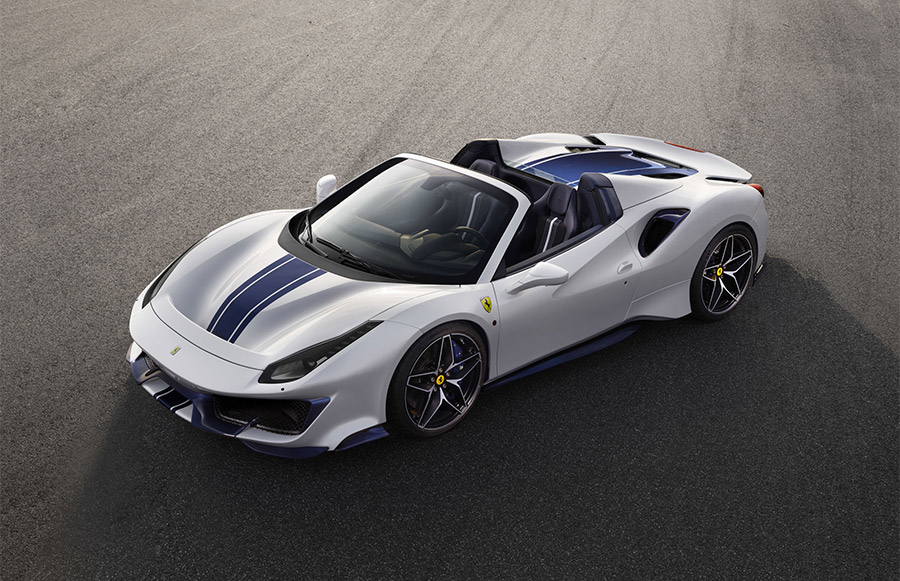 The Ferrari 488 Pista Spider combines the finest race-developed technological solutions with the joy of en plein air driving to deliver an exhilarating experience behind the wheel. The driver feels absolutely as one with the car in a symbiotic relationship that guarantees instantaneous responsiveness to commands and absolute control when executing even the most complex manoeuvres. This is hardly surprising as the Ferrari 488 Pista Spider benefits from the greatest technological transfer from the track of any road-legal open-top car. 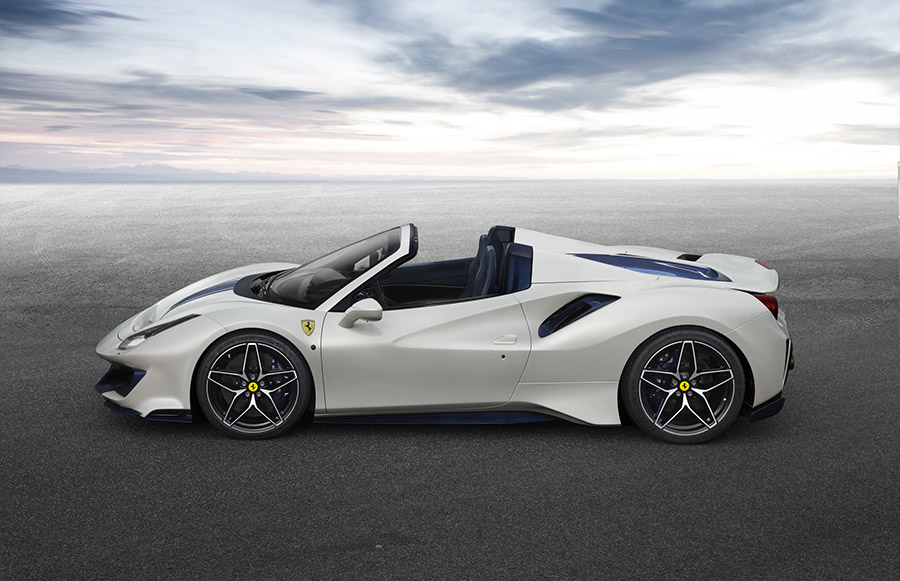 The model’s engine, dynamics and aerodynamics are derived from two track cars: the 488 Challenge and the 488 GTE. The latter won the GT class of the FIA World Endurance Championship in 2017, thus giving Ferrari a total of five GT Manufacturers’ titles since the championship’s inception in 2012. Furthermore, this model has very clearly benefited from the extensive development work done to produce the coupé version, the 488 Pista. 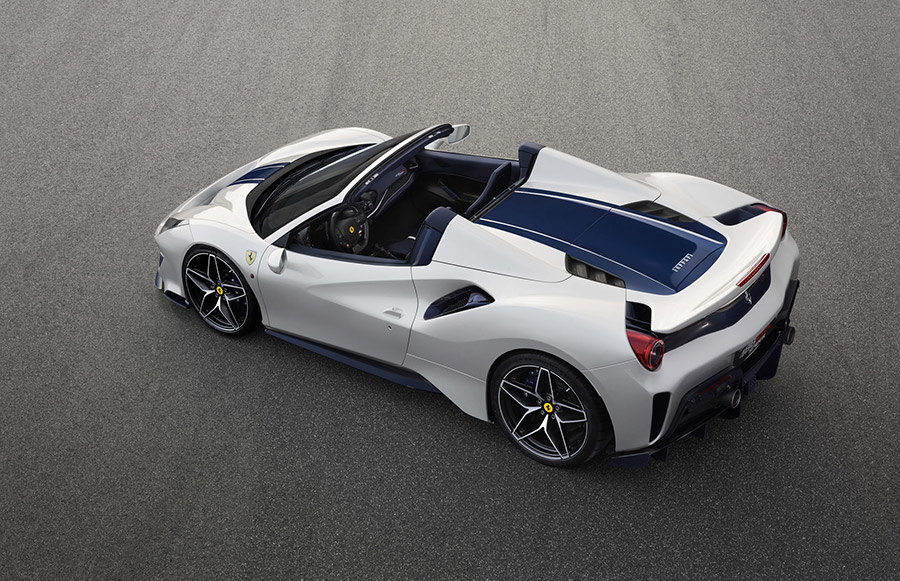 The Ferrari 488 Pista Spider sports the most powerful V8 engine in Maranello history which was also named Best Engine for the third consecutive year at the 2018 International Engine of the Year Awards. The 3902cc twin-turbo V8 unleashes 720 cv (50 cv more than the 488 Spider) with torque calibrated to deliver a feeling of constant, ever-increasing acceleration. The engine also won the special “Best of the Best” title as the top engine of all the winners of the last 20 years. 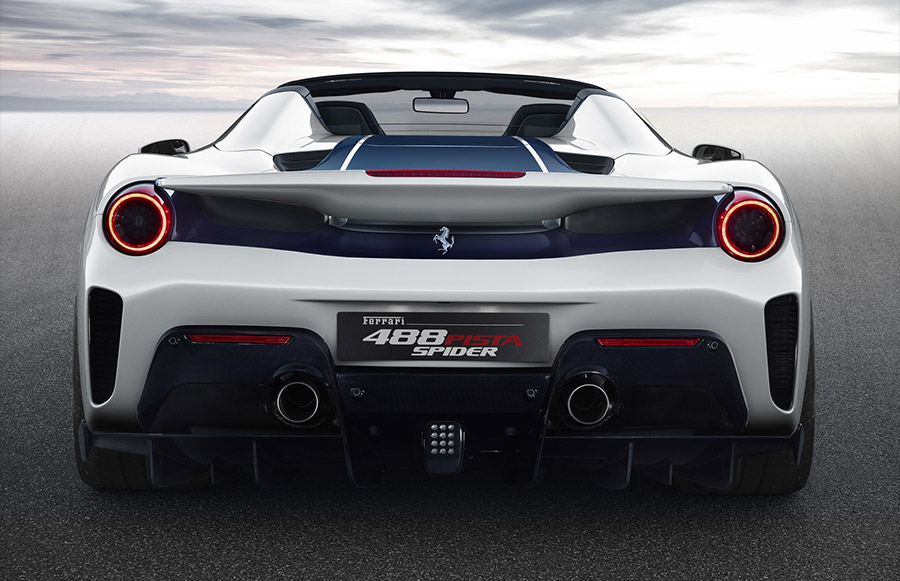 Its performance figures are the highest of any spider ever built by the Prancing Horse, including 0-100 km/h acceleration in 2.85 seconds and a lap time at Fiorano of just 1’21’’5.

The 488 Pista Spider’s target client is a typical diehard Ferrarista who already owns other Ferrari spiders. These are drivers that want to feel all the power and speed the 488 Pista Spider is capable of yet also enjoy drop-top driving and the soundtrack of that unparalleled engine. 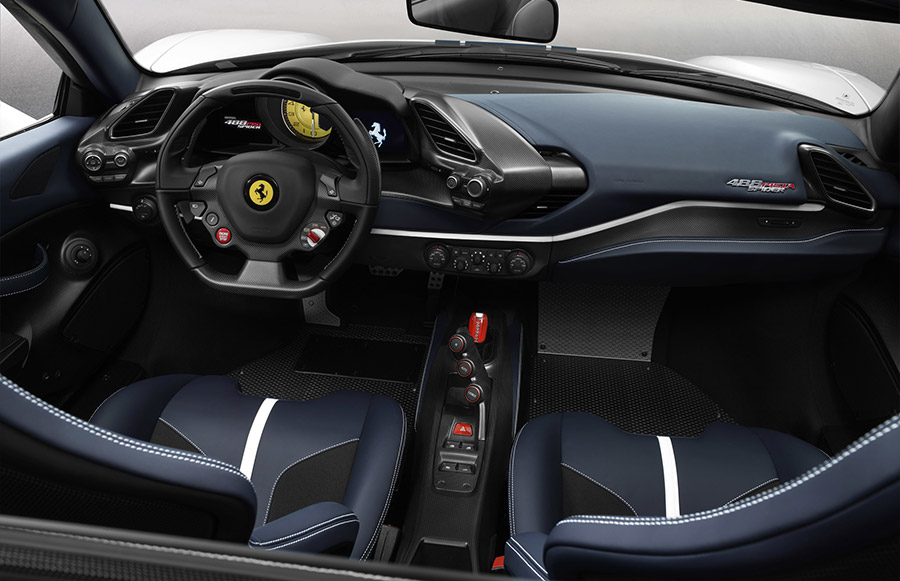 But the innovations are not confined merely to a boost in power output – they also extend to an overall reduction in weight and beyond. In fact, the Ferrari 488 Pista Spider delivers even better handling, making it one of the most enthralling models Ferrari has ever produced, thanks also to multiple innovations in various different areas.