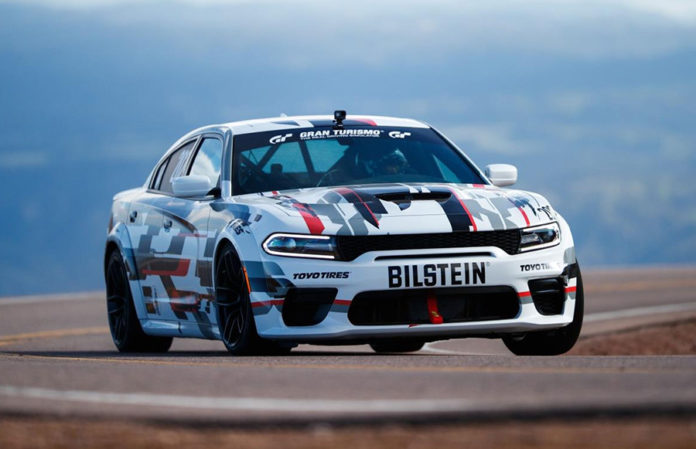 The world-renowned Pikes Peak International Hill Climb in Colorado is all about challenges. Drivers must negotiate 156 turns over 12.4 miles – a route that puts a premium on handling and top-notch braking. The air is thin at the 9,390-foot start and gets thinner on the climb to the finish line at 14,115 feet, affecting the engine’s output and the driver’s stamina. 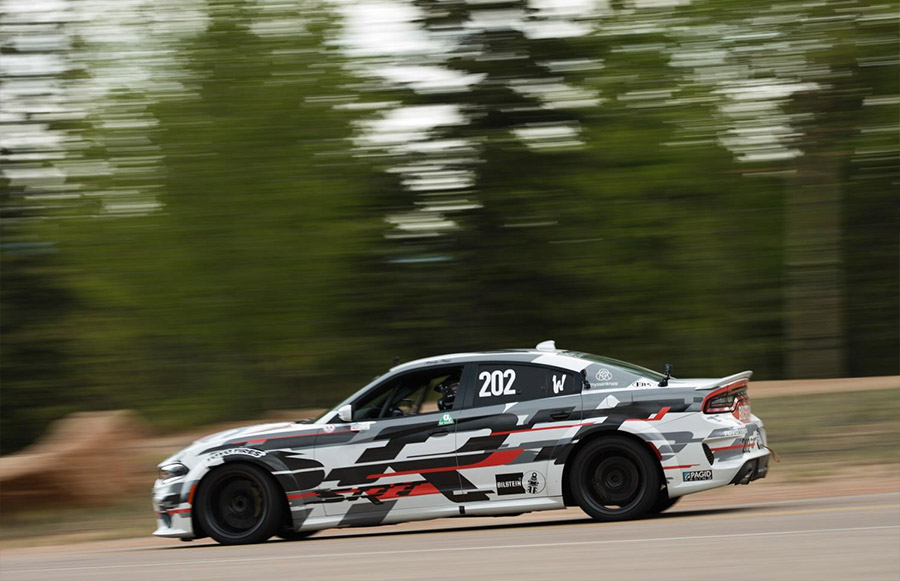 In short, it’s a job for an SRT Hellcat – specifically, a race-prepped, concept machine based on the just-announced 2020 Dodge Charger SRT Hellcat Widebody. The concept wears distinctive red/black/gray/white SRT livery created by the FCA US Product Design Office and first previewed at SpringFest 14 in April. 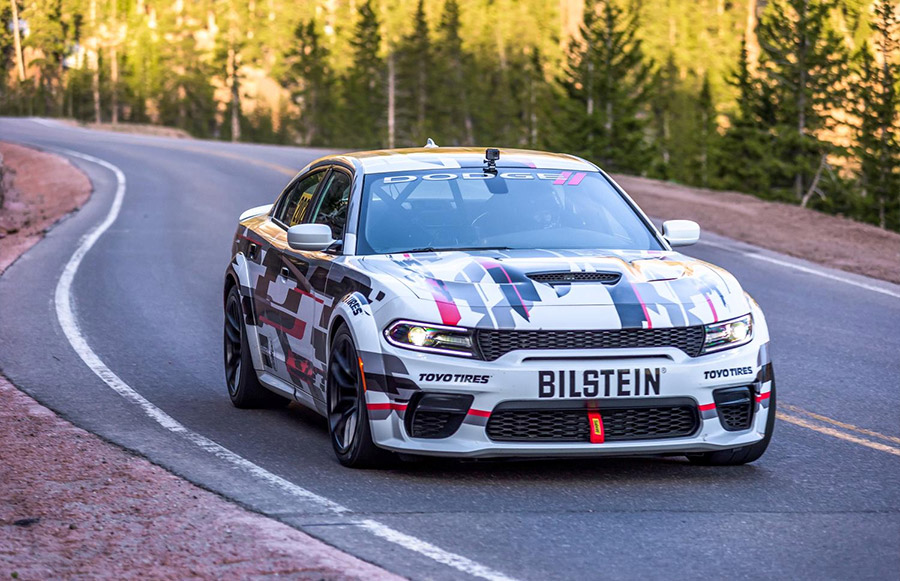 “When you look at a Charger, you of course think ‘muscle car,’ but maybe not ‘Pike’s Peak contender,'” said Tim Kuniskis, Head of Passenger Cars – Dodge, SRT, Chrysler and FIAT, FCA – North America. “So we did what we do; we threw big horsepower, big rubber and big brakes at it. It’s just that easy to make a Dodge race ready. And the best part, most of what we did is available off the showroom floor in the new 2020 Charger SRT Hellcat Widebody.” 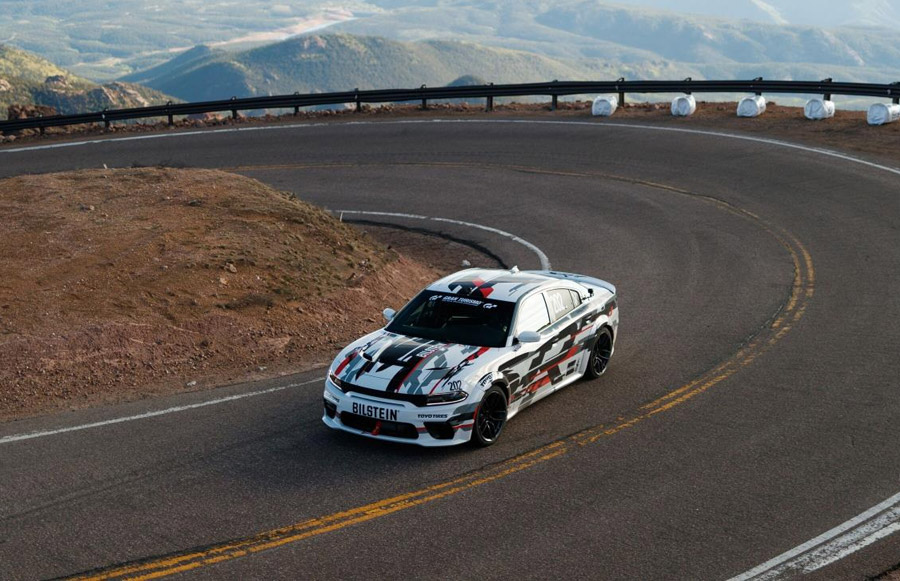 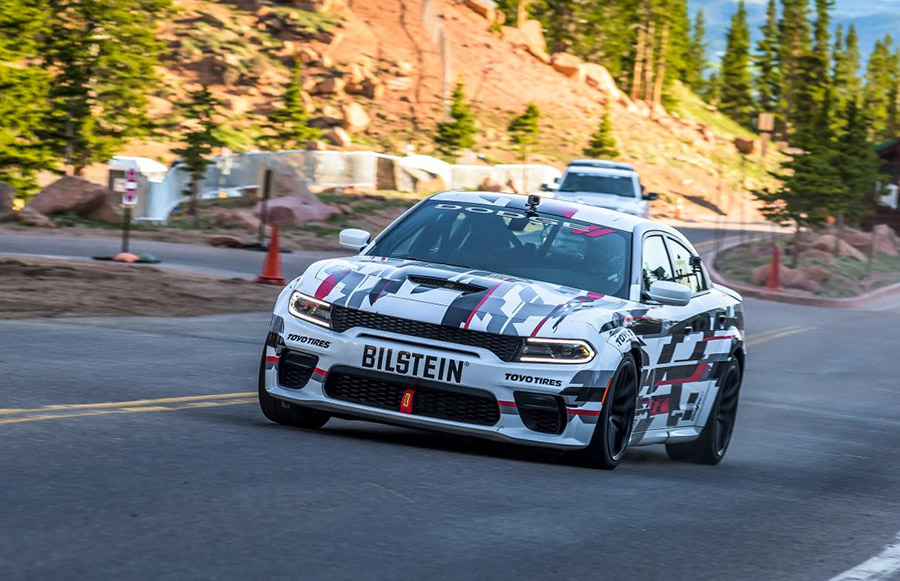 The Pikes Peak Dodge Charger SRT Hellcat Widebody concept even carries an air conditioning compressor, standard equipment on its production counterpart, to maintain its production-car credibility for the competition. 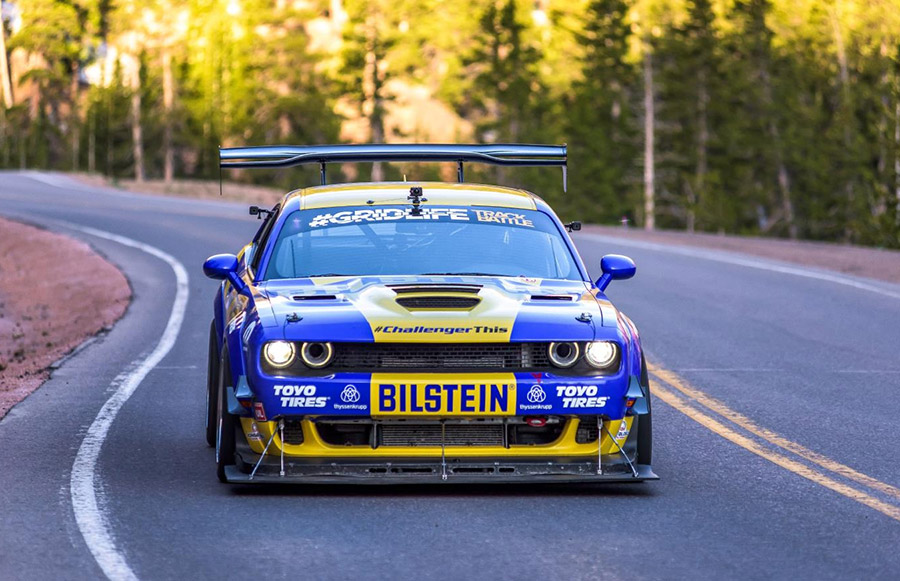 Award-winning driver Randy Pobst, a three-time “Race to the Clouds” veteran and resident expert test driver for Motor Trend magazine, will be in the driver’s seat of this special Charger SRT Hellcat Widebody concept, race-prepped by Wesley Motorsports of Lansing, Michigan. The 97th running of the Pikes Peak International Hill Climb is set for Sunday, June 30. The Dodge Charger SRT Hellcat Widebody concept will compete in the Exhibition Class.

“I’m thrilled to run Pikes Peak in a Dodge Charger SRT Hellcat Widebody concept race car,” said professional race car driver Randy Pobst. “The driving challenge is like no other on Earth. This specially prepared Dodge Charger SRT Hellcat Widebody concept has the three ‘must haves’ for this hill climb: lots of horsepower and torque to hit 120 mph plus on the sweepers; great handling with the wider wheels and tires, because there is absolutely no room for mistakes on a mountain road; and the superb brakes to haul that puppy down for 20-mph hairpin turns.” 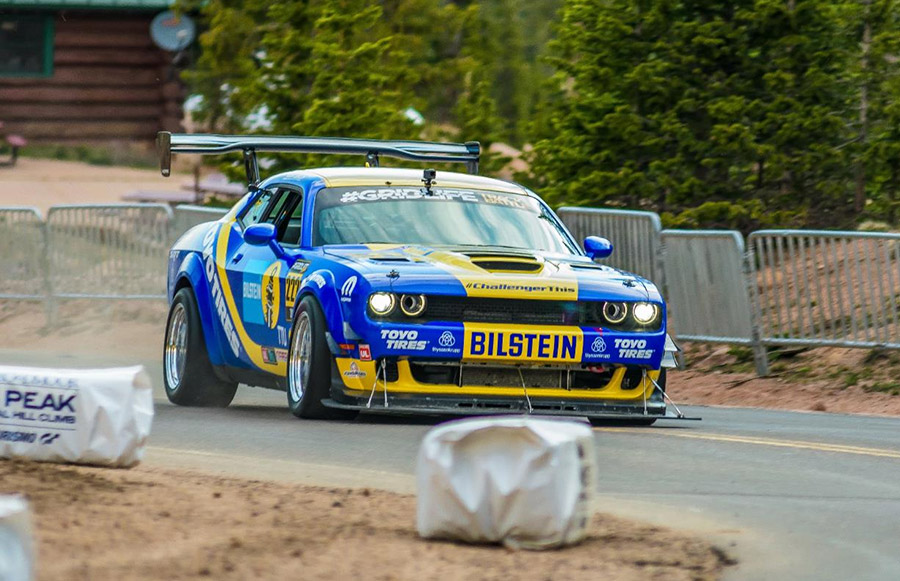 The Charger SRT Hellcat Widebody concept joins a race-prepped Challenger SRT Hellcat Redeye Widebody at this year’s event. This will be the Challenger’s second year up the mountain in the Time Attack 1 class. Kevin Wesley will be behind the wheel.

This will be the third year that Wesley Motorsports has campaigned a modern, specially prepared Dodge//SRT high-performance vehicle at Pikes Peak: