By: IMSA | Photos Courtesy of: Chevrolet 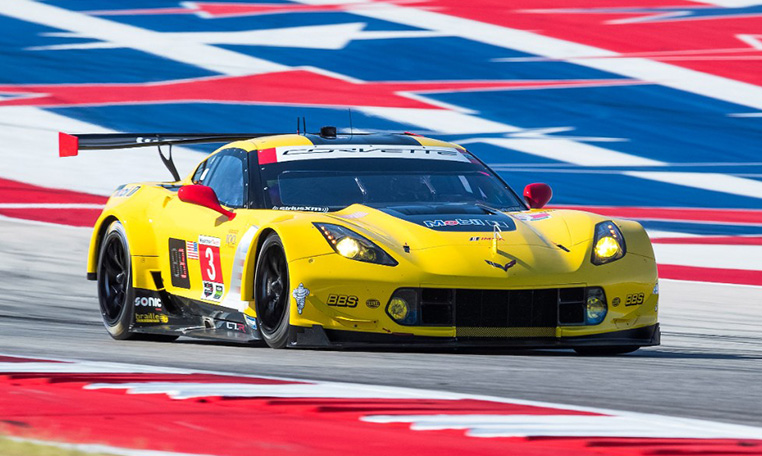 One race after a heartbreaking loss on the final corner of the final lap at Long Beach, the No. 3 Corvette Racing Corvette C7.R of Antonio Garcia and Jan Magnussen survived a multi-car accident on the first corner of the first lap Saturday to win the Advance Auto Parts SportsCar Showdown at Circuit of The Americas. 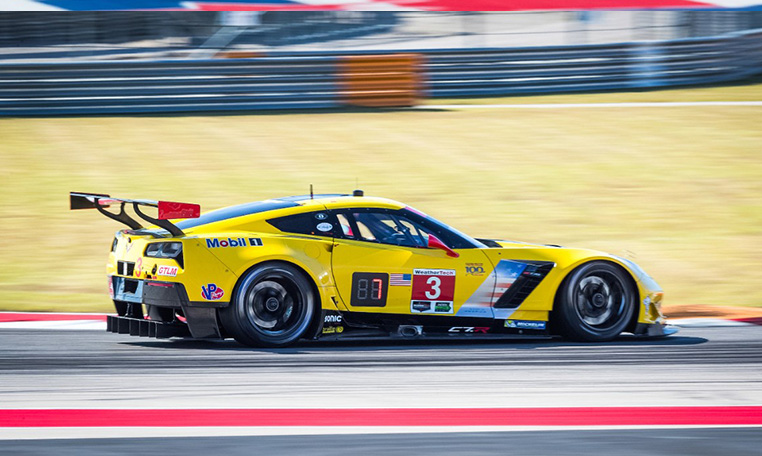 Starting in sixth, Magnussen took the inside line in Turn 1 and by the time he cleared the melee, he had moved to third. By lap 27 of 73, the No. 3 Corvette moved into the lead and never gave it up, winning its second IMSA WeatherTech SportsCar Championship race of the season by 2.498 seconds over the No. 25 BMW Team RLL BMW M6 of Bill Auberlen and Alexander Sims.

“I definitely made the right choice to pick the inside line,” said Magnussen. “Everything was happening on the outside and a few cars got in big trouble and had some heavy damage. I’m really happy I escaped all that without a scratch.” 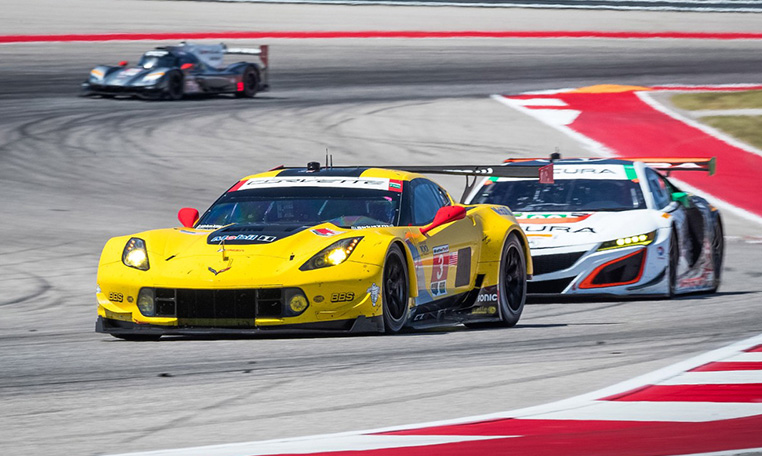 The No. 66 Ford Chip Ganassi Racing Ford GT of Dirk Mueller and the No. 912 Porsche GT Team Porsche 911 RSR of Wolf Henzler also were involved and lost multiple laps due to damage obtained from the incident.

The win was Corvette Racing’s 104th major U.S. sports car victory. The No. 3 team also won the race’s DEKRA Green Award. The award recognizes the cleanest, fastest and most efficient team in the GTLM class in each race through a scoring system developed in a partnership between IMSA, the Environmental Protection Agency, the U.S. Department of Energy and SAE International.

“I think it is the perfect way to come back after what happened at Long Beach,” said Garcia. “It’s a shame the No. 4 car had that contact in turn one., but it’s three wins in a row for Corvette Racing. I think no one expected that, but that is what it takes for those results: Zero mistakes.”