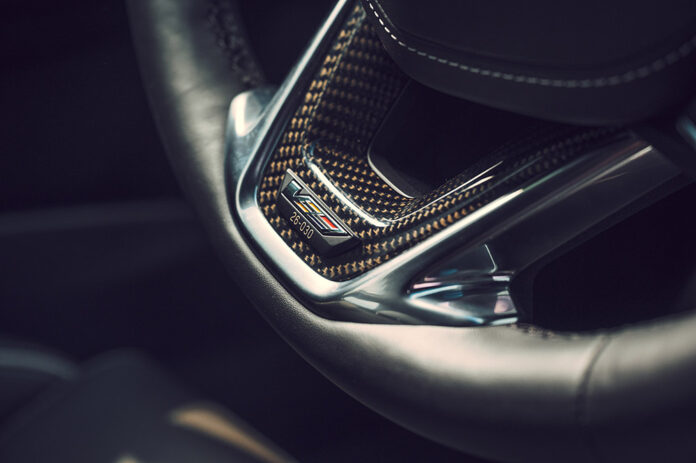 The new CT4-V Blackwing and CT5-V Blackwing, the most track-capable Cadillac models ever, began their path to production at General Motors’ testing and technical centers in Milford and Warren, Michigan, respectively. Designers paid homage to those crucial sites with laser-etched maps of each located on the paddle shifter covers on manual-transmission models.

The maps are among a myriad of hidden elements to be found on the luxury sports sedans.

The Milford Proving Ground map represents the thorough engineering development that led to two of the fastest and most powerful Cadillacs ever. The GM Technical Center map represents the on-campus Design team’s focal point on craftsmanship and functional elegance.

“The CT4-V Blackwing and CT5-V Blackwing are the quintessential examples of form and function coming together,” said Brandon Vivian, executive chief engineer, Cadillac. “This was made possible by Engineering and Design working together from the very beginning to get the most out of these cars. The paddle shifter covers symbolize that union, with the customer at the center of it all.”

The customer representation comes on the steering wheel with each customer receiving a unique serialized V-Series plaque that identifies their specific vehicle.

“The V-Series Blackwings are all about connecting with drivers in ways that go beyond the numbers they can produce on a track,” said Vivian. “It’s an involving experience, with unprecedented attention to detail in all areas of performance and design.”

Indeed, those map details are only two of the more than two dozen subtle, discreet and outright hidden visual references to the V-Series brand and Cadillac’s racing heritage.

Some of them are more obvious such as the V-Series logo and its unique Mondrian pattern that’s incorporated on the manual shift knob, or the Blackwing winged emblem that’s found in a pocket of each available 19-inch Tech Bronze wheel.

Others, however, are more difficult to locate, such as the Mondrian pattern on the underwing of the vehicle or V-Series logo on the air strakes that come with the optional Carbon Fiber 1 package. Others will not be revealed, leaving each owner to discover the myriad of surprising and delightful details.

Additionally, the first 250 production builds of each model are Collector Series vehicles, and they’re commemorated by the people who built them with two special collector plates on the sills and B-pillars. Each sill plate features the signature from a member of the Cadillac V-Series team while the Collector Series plate found on the B-pillar corresponds to the serialized Performance Steering Wheel in each car.

“The driving experience of these special models never fails to impress,” said Vivian. “And the more you look inside, outside and even below the surface, the more they reward.”

By: Cadillac | Photos Courtesy of: Cadillac

Cadillac CT4-V Blackwing and CT5-V Blackwing, Two of the Most Powerful Cadillacs...