Light, strong, fast and elegant. The Bugatti Type 35 is one of the most successful racing cars of all time. And deservedly so: the French manufacturer’s open-top sports car secured over 2,000 victories between 1924 and 1930. Today, the Type 35 is a leg … 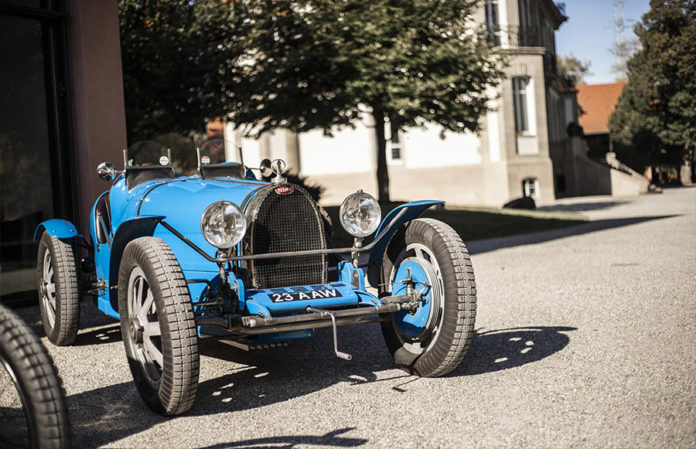 Light, strong, fast and elegant. The Bugatti Type 35 is one of the most successful racing cars of all time. And deservedly so: the French manufacturer’s open-top sports car secured over 2,000 victories between 1924 and 1930. Today, the Type 35 is a legend in international motor sport. And a whole lot more besides.

“The Bugatti Type 35 is one of the icons of Bugatti’s rich history and tradition. Back in 1924, the sports car was unparalleled in its technology, design and performance and the same still goes today. It is both an inspiration and a commitment,” says Stephan Winkelmann, President of Bugatti. “This makes the Type 35 one of the forefathers of our current hyper sports cars, the Chiron, Chiron Sport and Divo. Steeped in the Type 35’s DNA, they are translating this tradition for the modern age.” 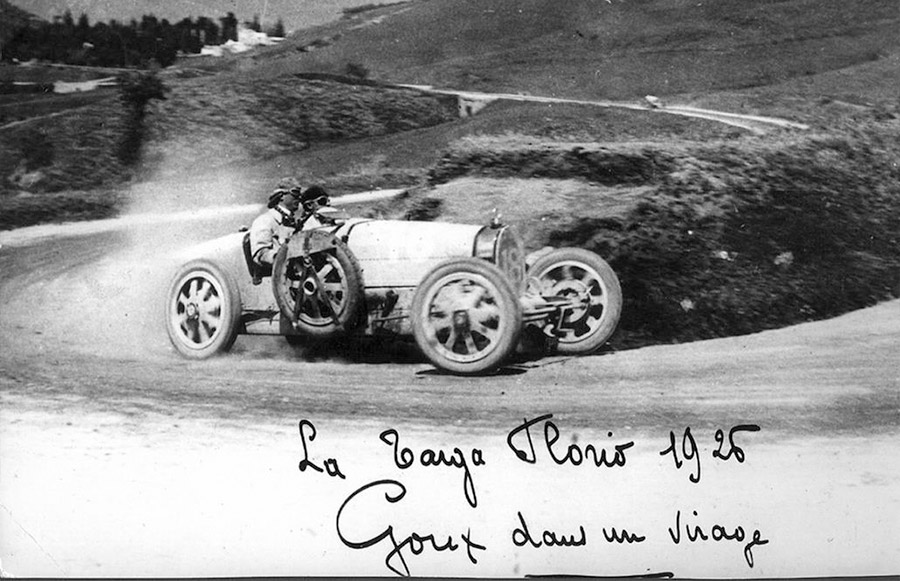 The Bugatti Type 35 – A technical masterpiece

The Type 35 was not just a racing car. It was a technical masterpiece: For the first time ever, the company’s founder Ettore Bugatti used a crankshaft supported by two roller bearings and three ball bearings – and this crankshaft is still seen as a feat of engineering to this day. It could run at speeds of up to 6,000 rpm to power the eight pistons in the engine, which started out with a capacity of just 2.0 litres. At the time, it was one of the only car capable of achieving such power. Thanks to other changes – such as using two carburettors instead of one – the car’s power increased to around 95 PS, which was transmitted by a wet multi-plate clutch. The drive system in the first versions of the Type 35 was able to achieve speeds of over 190 km/h. The less expensive basic model, the 35A, was based on a 2.0-litre eight-cylinder engine with 75 PS. In its later iteration, the Type 35 B (which had a 2.3-litre eight-cylinder engine and compressor), the Bugatti’s power increased to up to 140 PS and its top speeds exceeded 215 km/h. As well as their incredible performance, the engines were primarily renowned for their reliability and endurance. 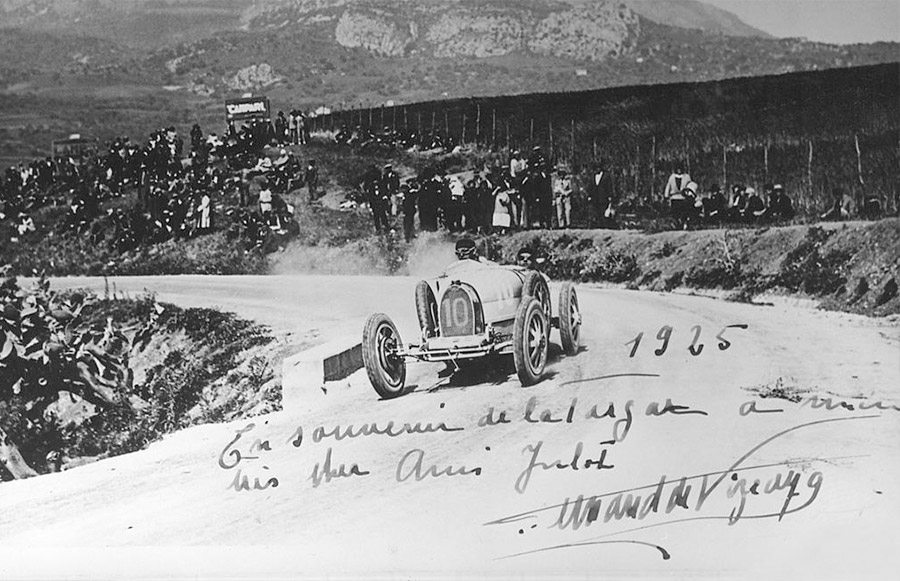 Even in the early 1920s, Ettore Bugatti had come to realise that, while plenty of power may be helpful, it has little effect in a heavy car. That’s why he relentlessly pursued lightweight construction and the best driveability possible in his cars – more than any other engineer in the world of motor sport. Bugatti was the first to develop special smooth-running wheels to reduce the unsprung masses and, as a result, improve the response of the suspension. The wheels – made from cast aluminium with eight flat ribbon-style spokes, detachable rims and an integral brake drum – were an innovation. A rim ring stopped the tyre from popping off. 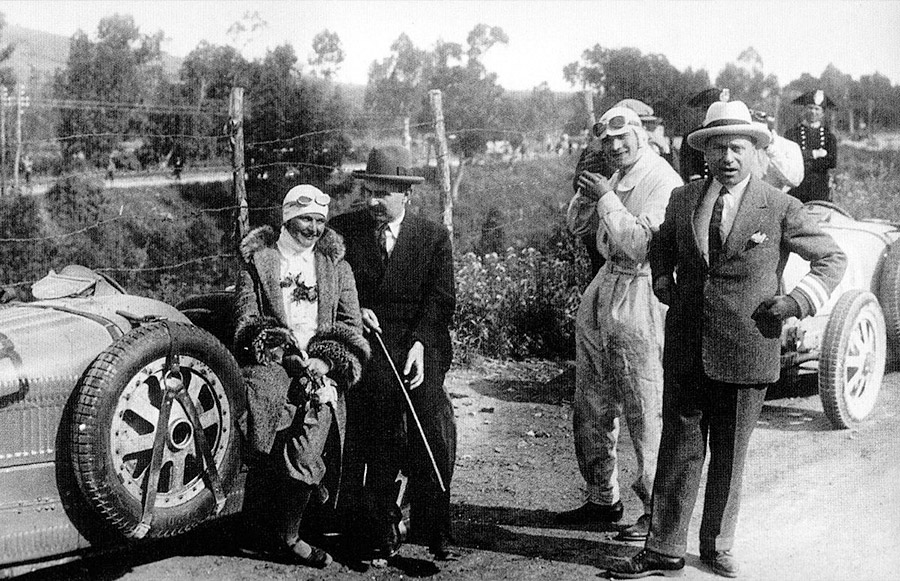 To achieve this, Bugatti developed a new hollow, forged front axle with sealed ends. Weighing around ten kilograms, the axle was incredibly light but still stable. Unlike with its competitors, broken axles were quite rare. The unsprung masses were decreased even further and the Type 35 was able to take corners at higher speeds. The ready-to-run racing car weighed around 750 kilograms. Bugatti designed all models as pure racing vehicles, but also mounted wings and lighting at customer request to make them roadworthy.

Then came the sleek and elegant design – sculpture-like, just like the vehicle as a whole. The elegant, well-proportioned body with its slim, lightweight shell and pointed back end were made from a self-developed special alloy. Thanks to the wider radiator (the first radiator to have a flat bottom), the Type 35 had a more powerful road presence. The Type 35 was not regarded as the most beautiful racing vehicle of its time for nothing. 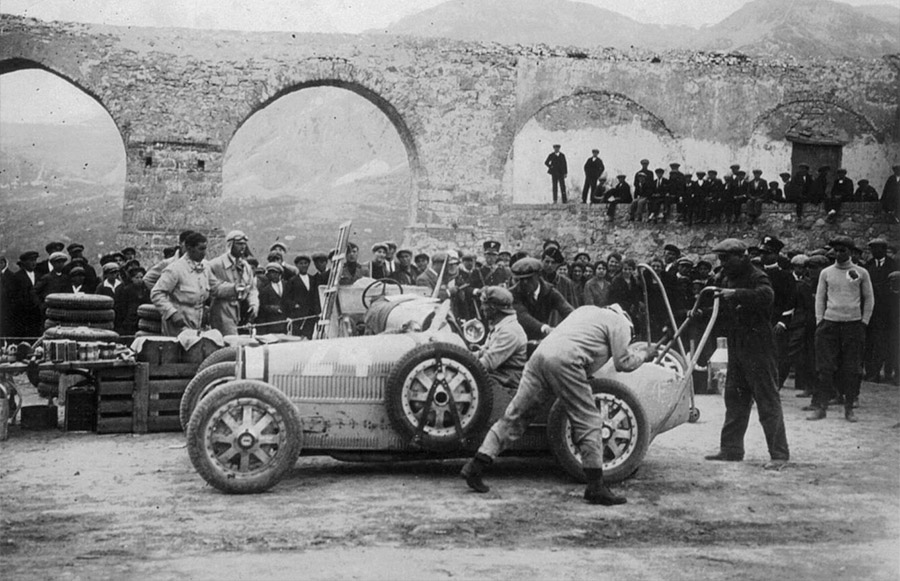 However, the newly developed Type 35’s first race was not particularly successful. At the end of July 1924, Bugatti entered five Type 35s into the French Grand Prix in Lyon. Despite recording the quickest laps during training, the racing cars were defeated by their competitors in the race itself. Later on, however, it was discovered that it was not the engines or mechanics to blame for the poor result but the tyres – they had not been vulcanised properly and were unable to withstand the high speeds. At the next race in San Sebastian, the Type 35 managed to finish in second place, marking the start of an incredible career.

With the addition of a three-lobe Roots-type supercharger in 1926, the Type 35’s power increased to a maximum of 140 PS. As a result, the racing car was not just light and agile, but also unbelievably powerful. To make sure the new supercharger fitted in with the overall aesthetics of the engine compartment, Bugatti had it designed especially. Beauty comes from within – Ettore Bugatti was already well aware of this over 90 years ago. 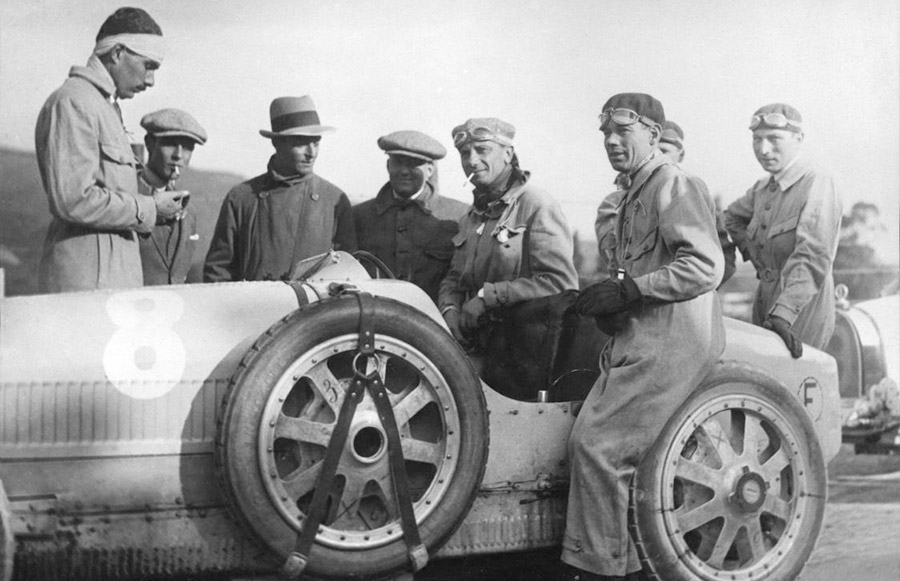 The new feature had a positive impact on the car’s success, too. The supercharged variant, the Type 35 C, and its derivatives, the Type 35 T and Type 35 B, won countless Grand Prix races up to 1930, as well as the unofficial World Championship title in 1926 and five consecutive victories in the world’s most famous road race, the Targa Florio. Renowned drivers like Alberto Divo, Tazio Nuvolari, Louis Chiron and Williams all took to the wheel of the Type 35. Even female racing drivers such as Hellé Nice and Eliska Junkova chose to drive the Type 35. Junkova achieved a legendary performance in the 1928 Targa Florio, leading the field for a considerable period before eventually finishing in fifth. In Germany, the Type 35 achieved its greatest triumph on the Nürburgring in 1929. 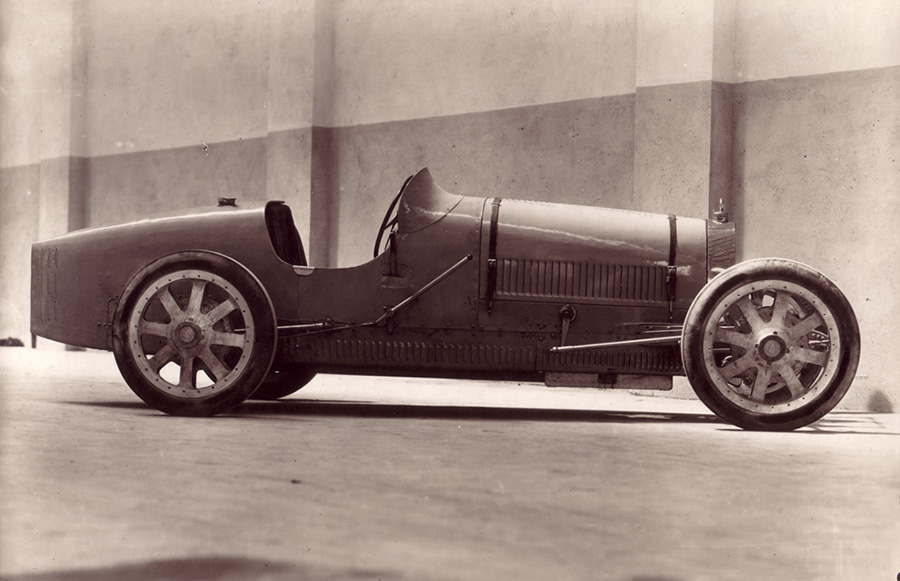 Bugatti built 340 Type 35s in total, though the exact production figures are now no longer clear. The Type 35 was replaced by its successor, the Type 54, in 1931. A large number of vehicles were still used in races and modified or converted for many years. Very few remain intact nowadays. The select few owners of a Type 35 can count themselves lucky. As Ettore Bugatti said himself: “The Type 35 was the founding father of a family of pure-blooded racehorses from Molsheim – a true thoroughbred.” Its DNA lives on to this day in the French luxury brand’s current model range.