It’s a dream for any vintage car lover. A radiant sun that offers a pleasant warmth, a sublime property and legendary cars all around that have been exceptionally maintained. Once again this year, the beautiful surroundings of Lake Como hosted an event celebrating elegance and design. The Villa d’Este organised its much anticipated contest which brings together historic cars with rare and remarkable beauty. Among the participants, Bugatti is proud to have won the design award with the car that marked the beginning of this very special year for La Marque: La Voiture Noire. 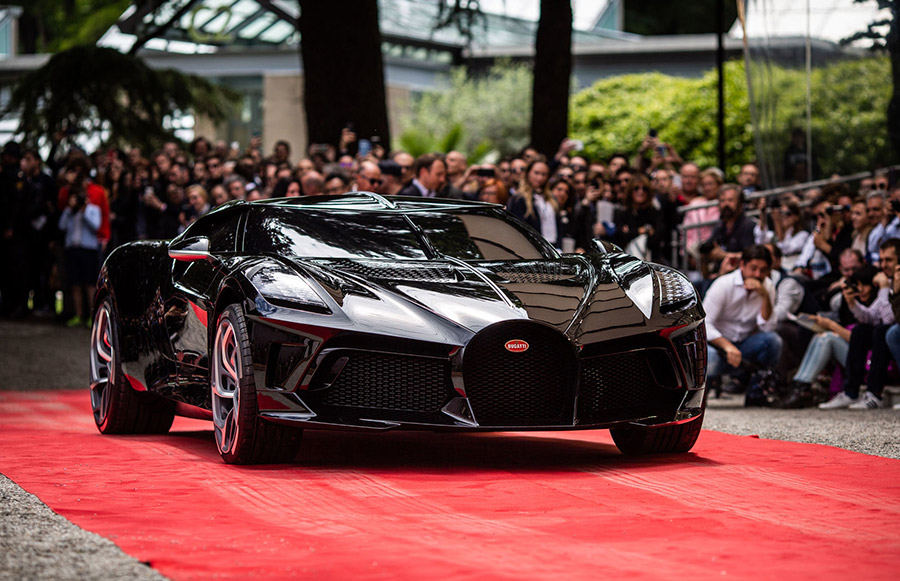 “The Elegance Contest at the Villa d’Este is a major event for the world of luxury sports cars,” explains Stephan Winkelmann, Bugatti CEO. “The models that can be seen here every year are iconic and the setting in which they are displayed could not be better! ” 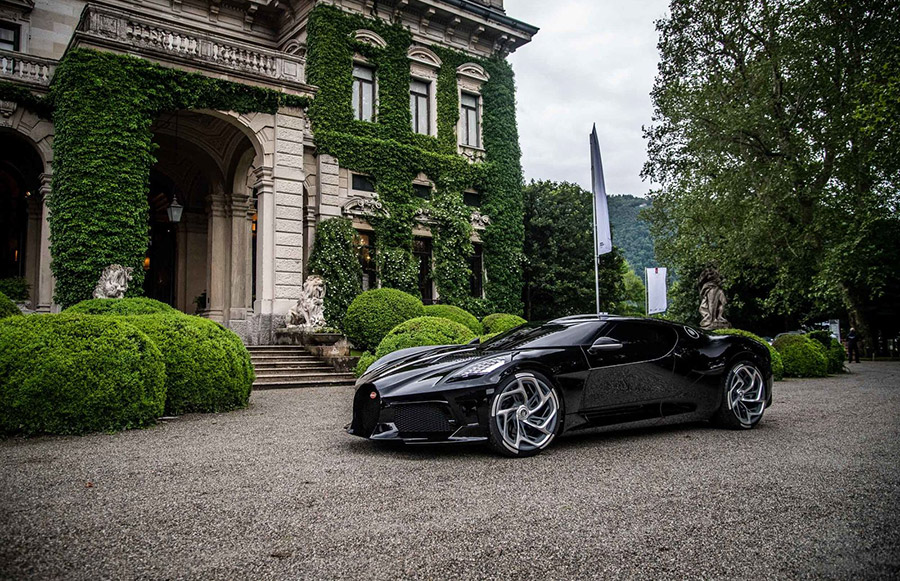 The majestic palaces of Este and Erbe, the Italian Renaissance gardens and the calm waters of the lake guarantee an exceptional experience. The competition focuses on the aesthetics of cars and recognises those that demonstrate a unique beauty and passion. Various prizes are awarded by the jury and the public depending on the categories. The Bugatti participated in the category: “Concept Cars and Prototypes” 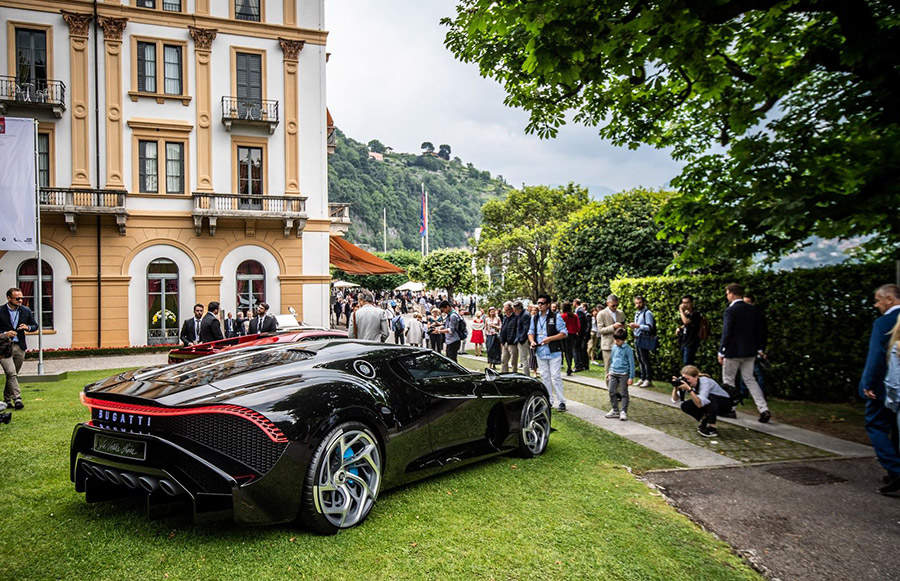 La Voiture Noire was unveiled for the first time at the Geneva Motor Show this year and commenced the anniversary of Bugatti’s 110th anniversary. This unique model that has already been sold, pays homage to the legendary Bugatti Type 57SC Atlantic in black which mysteriously disappeared from the workshops in Molsheim during the Second World War. La Voiture Noire takes the key elements of this historic Gran Turismo and keeps all the elements that make Bugatti hyper sports cars exceptional. 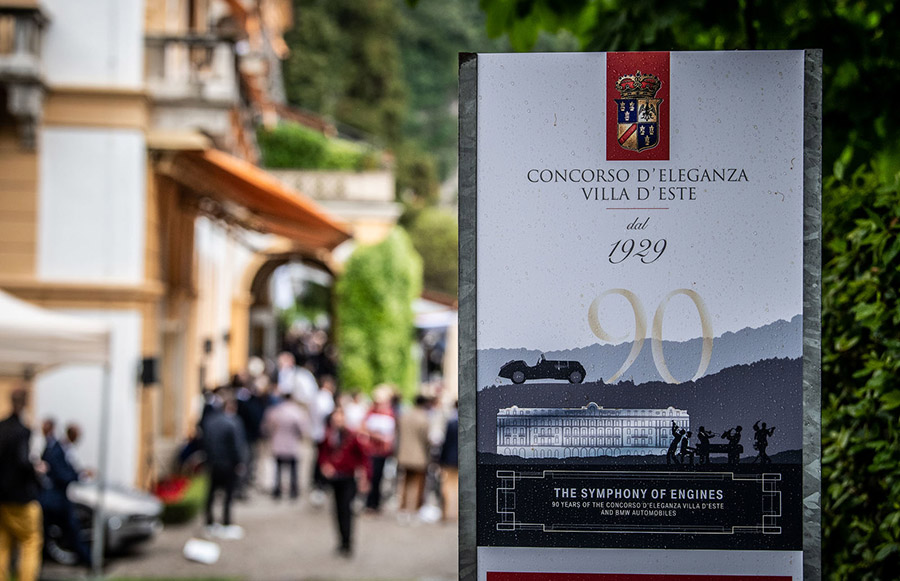 Stephan Winkelmann points out that “Bugatti’s unique model, the La Voiture Noire, with its exceptional lines and special character, has its place in the competition”. Thus, this weekend, La Marque officially presented its exclusive model in a splendid environment and defended its honour in the face of sumptuous cars. Although the good weather was swept away by a storm on Saturday, the sun came back to shine on the Villa d’Este on Sunday, day during which, by public vote, La Voiture Noire won the Design Award of the Concorso. Mister Winkelmann received the trophy under thunderous applause. Given the very special and unique character of this event, the final result mattered little to the eyes of Bugatti enthusiasts. La Voiture Noire is a unique model, these public appearances are very rare and it will be the opportunity for lovers to catch a glimpse of an exceptional model.

Bugatti Bolide Voted Most Beautiful Hypercar in the World

30 Years of the Bugatti EB 110, The First Super Sports Car of the Modern Era