Good News If You Own a Bugatti EB110 or Veyron, They Are Increasing in Value 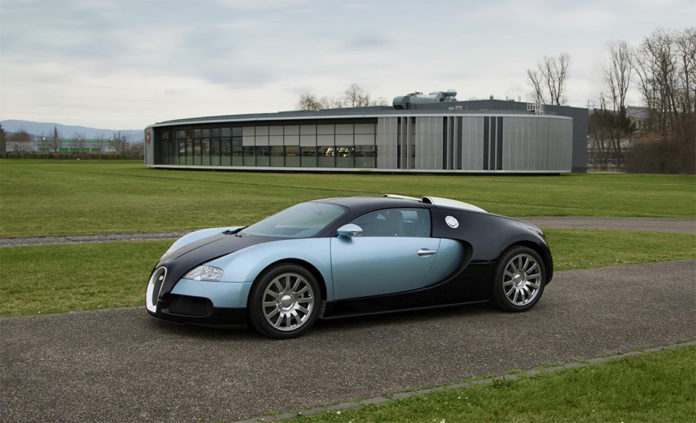 Bugatti vehicles have always been exclusive. But with age their value increases, as shown by an analysis of individual historical vehicles. In particular, the super sports cars of the EB110 series and the Veyron hyper sports cars are increasing in popularity among collectors – so prices are rising, too.

The EB110 is the modern super sports car built by Bugatti between 1991 and 1995 that set several world records. The engine is a 3.5-litre V12 mid-engine with four turbochargers. Drive power is permanently transmitted to all four wheels. Two camshafts per cylinder bank and five valves per combustion chamber ensure a fast charge cycle. Depending on the model and configuration, the engine produces between 560 and 610 hp. The EB110 sprints from 0 to 100 km/h in up to 3.3 seconds, making it the fastest series-production car of its time. Its maximum speed is 351 km/h – a world record for a series-production sports car. Only 96 EB110 GT and 32 EB110 Super Sport were produced up until 1995. At the time, the super sports car in its GT version cost at least ITL 450 million – including maintenance and wear parts for the first three years, while the Super Sport started at EUR 550 million. 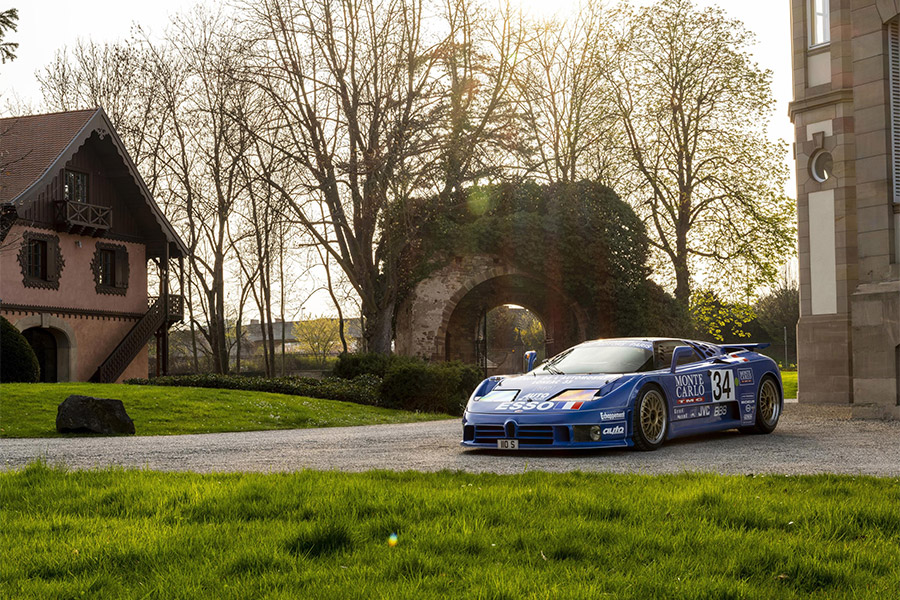 Prices have risen significantly over the past eight years. According to an analysis carried out by Classic Analytics, a company that monitors the market and evaluates classic cars worldwide, the value of the Bugatti EB110 GT has increased from EUR 280,000 in 2011 to a multiple of that amount. At an Sotheby’s auction for a 1994 EB110 Super Sport in February 2019, a bidder paid approximately EUR 2.03 million (USD 2.33 million).

“When Bugatti launched the Veyron in 2005 it moved more into the focus of interested buyers, and this had an impact on the price development of many models. Since the appearance of the new Chiron in 2016 there has been a significant price boost among more recent historic vehicles such as the EB110,” says Frank Wilke, Managing Director of Classic Analytics.

The EB110 has all the hallmarks of a sought-after classic: with its V12 engine, four turbochargers and all-wheel drive, the super sports car offers exceptional technology and sensational driving performance; what is more, it is also extremely exclusive since only 128 were built. 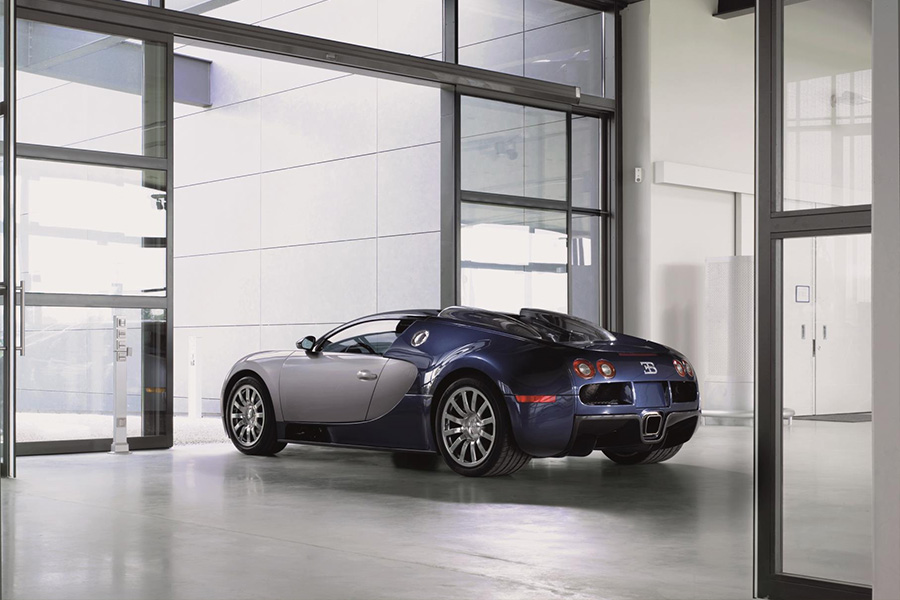 Bugatti made history repeat itself in 2005. With the Veyron 16.4, the French manufacturer catapulted itself into a new dimension. Like the EB110, the Veyron was a hyper sports car for the modern era – made by Bugatti in Molsheim. Once again the French manufacturer opted for a carbon monocoque, four-wheel drive and four turbochargers. But in this case, 16 cylinders generate an output of more than 1,000 hp. The engine achieves a top speed of more than 400 km/h, accelerating the Veyron from 0 to 100 km/h in 2.5 seconds, and to 200 km/h in 7.3 seconds. The Veyron and its offshoots have broken several world records, redefining what top-level automotive construction is capable of. Production of the Veyron began in 2005 at the newly created workshop in Molsheim, Alsace – the brand thus returned to where it was founded 110 years ago under the name Bugatti.

Only 450 Veyron were produced by hand up to 2015, selling at prices of at least EUR 1.16 million. These include various exclusive special models which are now sought-after collector’s items. Their value has hardly fallen in recent years. More recent used vehicles achieved an average price of EUR 620,000 at international auctions and dealerships in 2011; two years later this had already gone up to EUR 730,000. Currently it’s virtually impossible to find a Veyron on the market for less than EUR 1.3 million, with certain models fetching even considerably higher prices. 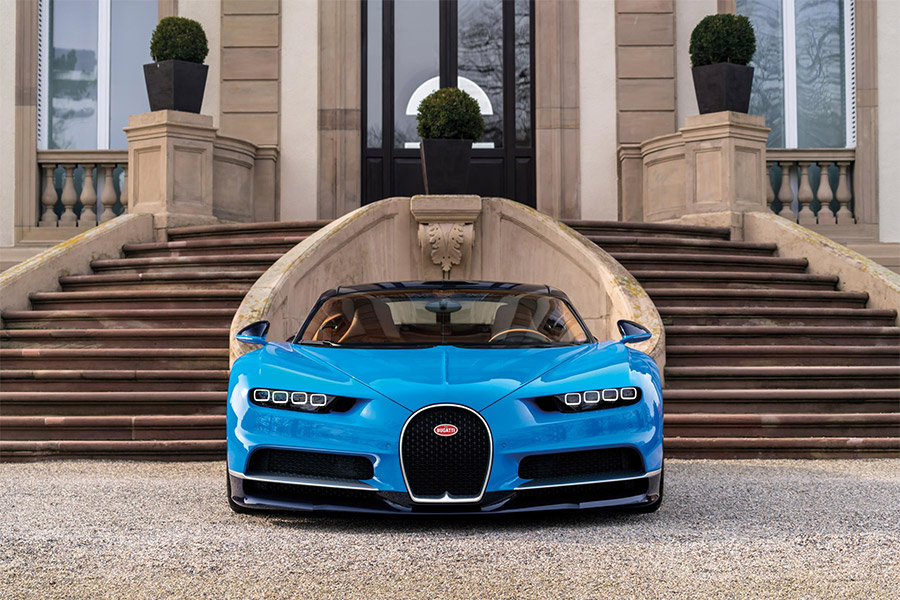 Rising demand and prices for the Veyron

“Demand for the Bugatti Veyron has increased in recent years and with it the price – especially prior to the launch of the new Chiron. In fact the price level of some Veyron vehicles is the same as that of the new car,” says Frank Wilke. In addition, it is a very rare model with only 450 made, its output is exceptional at over 1,000 hp and its top speed of over 400 km/h is incredibly high.

It’s too early to talk about value development as far as the Chiron is concerned since the hyper sports model is still being built in Molsheim. Only when the remaining 100 of the total of 500 vehicles have been sold and delivered to customers will it be possible to see how prices develop. Based on past performance, however, it can be said that Bugatti vehicles promise an increase in value.

A Bugatti is already considered the most expensive car in the world. Between 1936 and 1938, only four of the Type 57 SC Atlantic were produced, with three of them still in existence more than 80 years later. They are not for sale, but they could fetch prices of around EUR 100 million. The fourth Bugatti Type 57 SC Atlantic Coupé is still missing. If it were found, its speculative value would be well over the amount of the other three.