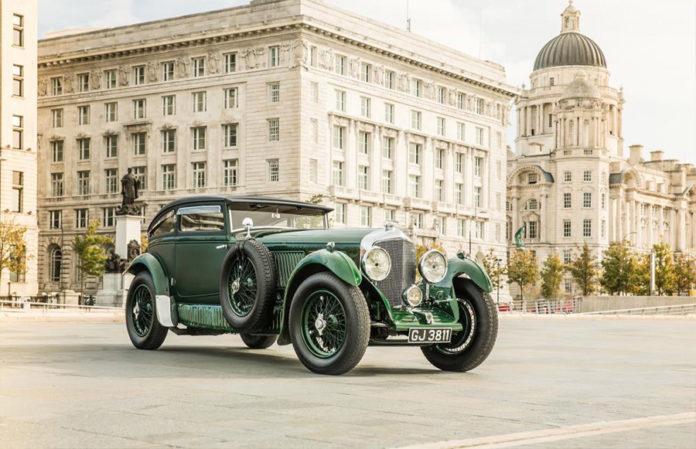 The Concours of Elegance will this year be celebrating Bentley’s Centenary year in style, with a display of the cars that established the Bentley legend, both on and off the race track. From the first Bentley to race at Le Mans – a 1923 3 Litre –  and Speed Six ‘Old Number One’ – victorious at Le Mans in 1929 and 1930 – to Her Majesty The Queen’s State Limousine, it’s a journey through Bentley’s incredible 100 years from automotive innovator to global luxury icon.

The Bentley legend was built on the race-track, and Concours of Elegance will gather only the most important motorsport Bentleys. It was with the 3 Litre that the on-track legend really began, when an example was privately entered into the Le Mans 24 Hours race in 1923. Founder W.O. Bentley attended last-minute, convinced the race was ‘crazy’, but watched the 3 Litre set a lap record and finish fourth overall, hindered only by a hole in the petrol tank. This very car will be coming to Concours of Elegance in September.

The following year, in 1924, Bentley returned to Le Mans with a 3 Litre and won. But it was only later that Bentley made yet more history at Le Mans, with Speed Six ‘Old Number One’, which became the first car to win the race back-to-back in ’29 and ’30. Piloted by Woolf Barnato and Tim Birkin in its maiden win at the world-famous 24-hour race, ‘Old Number One’ took two other race podiums that year. Famed Bentley Boy Barnato drove the racer to a second victory at Le Mans, alongside Glen Kidston in 1930. It will be joined by Speed Six ‘Old Number Three’, which also raced at Le Mans in 1930, and was running in the top two before leaving the track at the Pontlieue Hairpin. 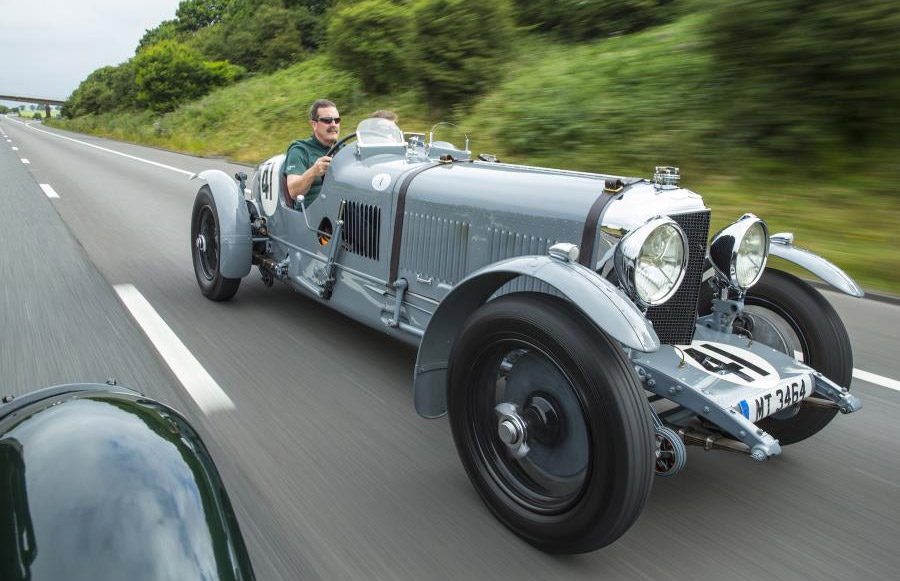 Joining the iconic racers is the car that helped establish Bentley’s reputation for innovation in the pursuit of speed; Bentley 4.5 Litre Blower No.1. This car was built by Tim Birkin before W.O. Bentley was convinced to build the 50 4.5 Litre supercharged ‘Blowers’ that were necessary to comply with Le Mans racing regulations. Blower No.1 is joined by two later ‘Blowers’, including the most original in existence; the No.2 car raced by Tim Birkin at Le Mans in 1930. The Concours of Elegance’s pre-event ‘Tour of Norfolk’ will pay homage to this great Bentley racer, with a visit to his final resting place.

Many of Bentley’s racing endeavours were undertaken by a wealthy group of young motoring enthusiasts, who have become known as the Bentley Boys. But their racing antics didn’t always stick to the track – in fact, one of the most famous races undertaken was against a train. Le Train Bleu, more specifically.

Woolf Barnato, the only man with a 100% record at Le Mans (three starts, three wins), wagered £200 in 1930 that he could outrun Le Train Bleu between St Raphael and Calais in his Bentley. Not only that, but he bet he could get to London before the train reached its destination. Barnato travelled the 570 miles to Calais in record time (setting up his fuel stops in advance), boarded a steamer and finished off his dash to London, arriving 700 miles later with an average speed of just over 43mph. Needless to say, Barnato arrived in London four minutes before the train reached Calais. 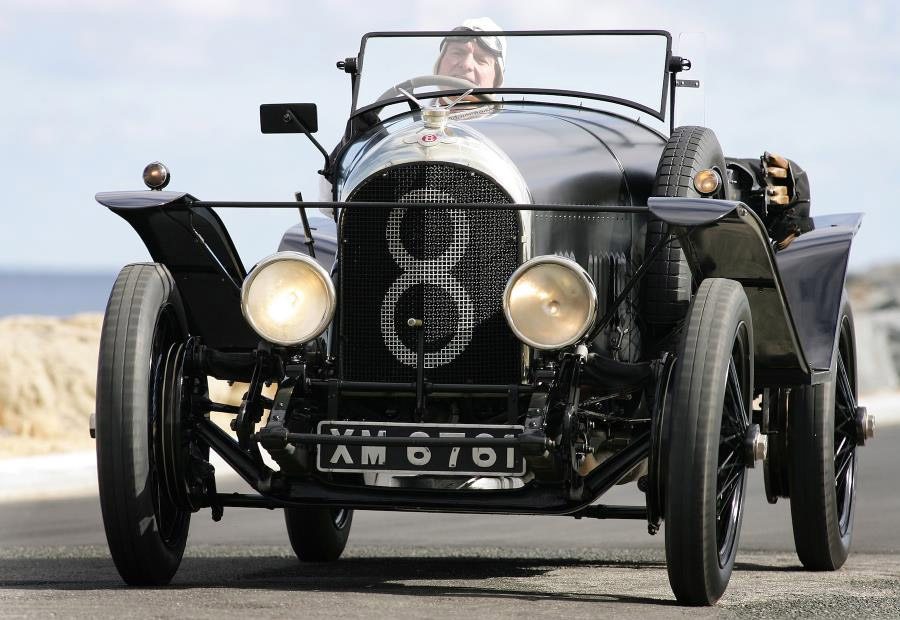 Despite some controversy surrounding which car Barnato completed the race in, the coachbuilt Bentley Speed Six Gurney Nutting remains most closely associated with the race, and is possibly the most legendary road-going Bentley in history, and the car that single-handedly exemplifies the Bentley Boys legend better than any other. Visitors to Concours of Elegance will have a chance to see this piece of history first-hand.

And the Gurney Nutting car won’t be the only rare coachbuilt Bentley on display; Concours of Elegance will also be welcoming the completely unique Bentley 4 ¼ Litre Cabriolet by Antem. The low windscreen and coach lines sloping towards the tail are Antem trademarks, complemented by a beautiful trimmed interior and painted dashboard.

The Bentley story is crowned, quite literally, by the State Limousine; Her Majesty The Queen’s official car. Presented in 2002 – The Queen’s Diamond Jubilee year – and based on the Arnage R, the State Limousine features completely bespoke body and interior by Mulliner, including a lengthened wheelbase and a heightened roofline, amongst numerous other upgrades and enhancements. Only two Bentley State Limousines exist, and one example will be on display in the Fountain Gardens of Hampton Court Palace for this year’s Concours of Elegance. 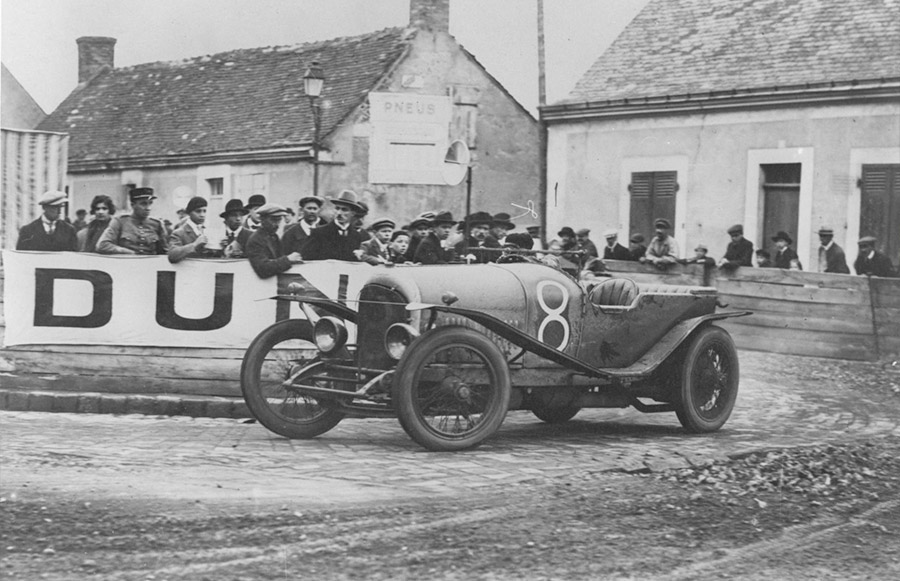 Andrew Evans, Concours of Elegance Director, said: “We couldn’t let the Centenary of Bentley pass without doing something special. And in the truest expression of what Concours of Elegance is about, we wanted only the best Bentleys, so what we’ll be displaying is a collection of the most famous, most important and most influential Bentley models ever. Between them, they’ve established Bentley’s reputation for craftsmanship, speed and innovation. There’s no better way to celebrate one of Britain’s finest marques.”

Having already revealed the world-first Aston Martin Zagato feature, which will display one of every model produced by one of motoring’s most legendary partnership, and the 70th anniversary display of five Ferrari 166MM models – including the 1949 Le Mans and Mille Miglia-winning car – Concours of Elegance is set to be the most spectacular yet. Of course, that’s without mentioning what always sits at the heart of the event – over 60 of the rarest cars ever built.

Mulsanne Grand Limousine by Mulliner – Now’s Your Chance to Own the ...

New Collaboration Sees The Macallan and Bentley Form a Partnership Focused on Su...