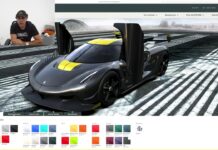 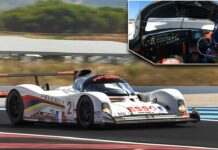 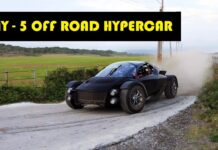 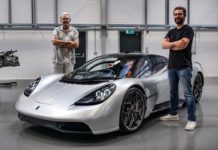 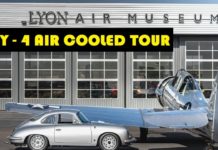 What an epic experience with my AMGs! I’ve been looking forward to getting both of the new Mercedes-AMG Shmeemobiles on track to see how they compare, and it’s now happened. With both the GT R Pro and SLS Black Series in the right place at the right time, it wasn’t necessarily the result I expected…!

Two of the recent arrivals to the Shmeemobiles both come from Affalterbach, the AMG GT R Pro replaced my previous GT R at the very end of last year and then a few months ago the acquisition of one of my dream cars meant it would be joined by the predecessor; the SLS AMG Black Series. In many ways these two cars are very similar; front-mid mounted V8s with 7spd dual clutch gearboxes and rear wheel drive; but they are oh so different.

As well as the famous Nordschleife, the Nurburgring GP is also open from time to time for Touristenfahrten sessions; or Tourist Drives. As a public toll road, the full road rules apply which means overtaking to the left, and driving as if it is a de-restricted public highway. With stints of 15 minutes per outing it gives an opportunity to take each car out in turn to feel what they are like and some of the differences between the two cars a generation apart.

The AMG GT R Pro has a heavy downforce focus over the regular GT R with even more aero added all around, a similar concept with the SLS AMG Black Series although to a lesser extent. The engine of the former is a 585hp and 700nm 4.0l Biturbo V8, to the latter’s 631hp and 635nm 6.2l naturally aspirated V8; making for a hugely different driving feel. Both cars are equipped with Michelin Sport Cup 2 rubber, and obviously built with intentions to be driven on track, but the Pro more noticeably with its camber and damper setup from the factory.

Having previously driven a number of laps with each, some stretches on the Autobahns and general driving, this is something I’ve been looking forward to experiencing, getting behind the wheel of them both one after the other. Nothing gives you a better comparison than the straight experience on the same day, with the same weather and track conditions.

Awesome thumbnail pic from SAJU Pictures, be sure to check out pics of your laps and GP sessions at RaceTracker.de as well! https://www.racetracker.de/