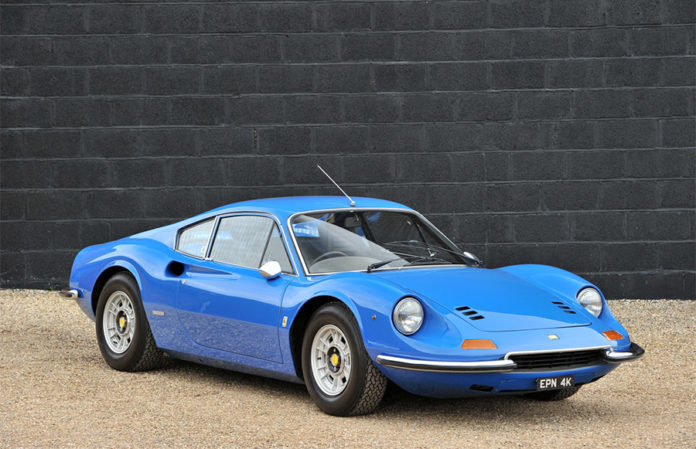 Silverstone Auctions will auction one of only 235 UK, right-hand drive Ferrari Dino 246GTs at its sale at Race Retro powered by Motor Sport at Stoneleigh Park on 23rd February 2019.

Rarer still, the 1972 Ferrari Dino 246GT Coupe is believed to be one of only two or three examples finished in Azzuro Dino. Presented in highly original condition and accompanied by its Classiche ‘Certificato di Autenticita’, it will be offered at the auction with a sale estimate of £240,000 to £280,000.

“This stunning E-Series Dino has to be one of the most original and unmolested 246GTs anywhere”, comments Guy Lees-Milne, general manager, Silverstone Auctions. “The Dino is a very popular model among Ferrari enthusiasts, and given that this example is one of so few finished in the stunning Azzuro Dino blue and has been Classiche awarded, it’s a perfect example for collectors.” 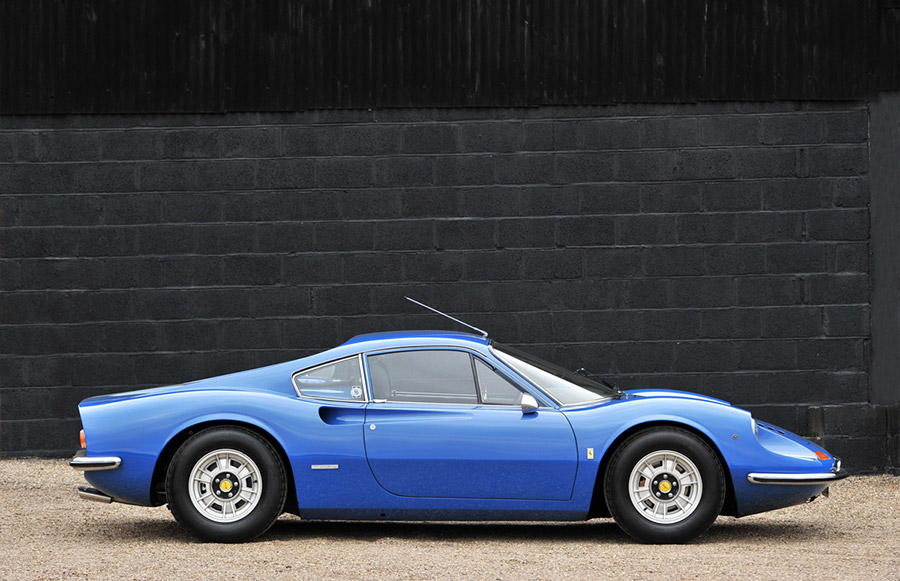 The rare Dino was delivered new in December 1971 with a Nero leather interior and optional radio, nose bar and electric windows. It has since been enjoyed by just four registered keepers and has enjoyed regular maintenance by marque specialists, reading a total of just 51,786 miles today.

In 1991, the cars long-term owner treated it to a major overhaul, an engine rebuild, and a paint refresh, all of which was photographed and documented in a leather-bound photo album containing 232 pictures.

On account of its originality, rare colour and low ownership, this exceptional example was selected as the ‘Definitive Dino’ by the Haynes National Motor Museum and exhibited there. It has since been featured in a number of classic car magazines and was a ‘Cover Car’ in Classic & Sports Car (November 2012) and featured in the Classic & Sports Car Calendar. It was also described by Autocar magazine as “one of the one hundred most beautiful cars in pictures.” 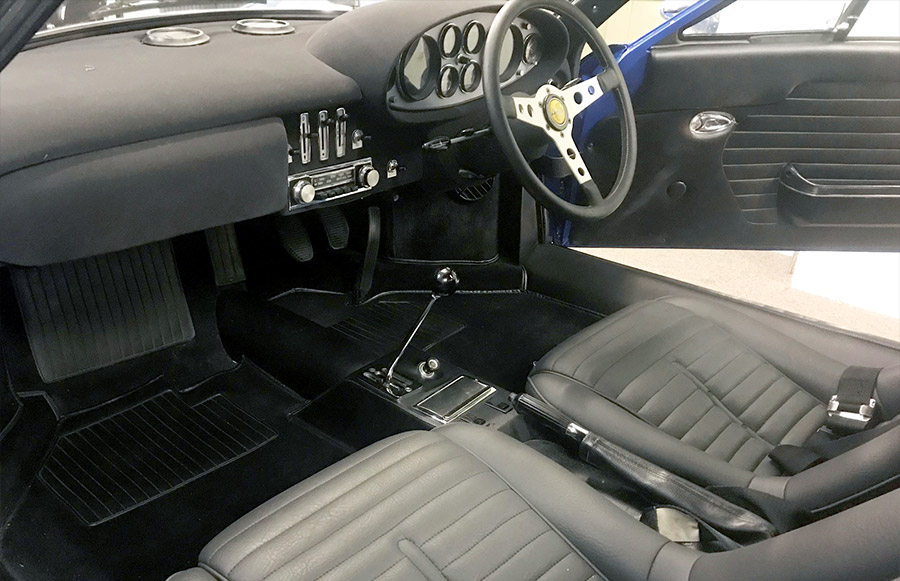 Last year the Dino received an overhaul of the suspension and brakes, as well as other minor works, at a cost of almost £10,000. More recently, it was treated to new seats, new carpets, and a dashboard and interior re-trim in the correct, factory-supplied, ‘mouse hair’.

The Dino is also supplied with its Classiche ‘Certificato di Autenticita’, issued on 25th July 2016, which is presented in a beautiful bespoke red box with enamel badge.

In addition to the photograph album and Classiche Presentation box, the car is also accompanied by an 80-page, bound owner’s file, original Bill of Sale (£5,124.17), V5C, invoices, historic MoTs, and the original leather wallet with Operating Manuals, original Warranty Card, and wiring diagram. The boot of the car also contains the tool roll and jack, which is also finished in Azzuro Dino.

At the SF90 Stradale’s wheel is Charles Leclerc who powered it to speeds over 240 km/h.
Read more