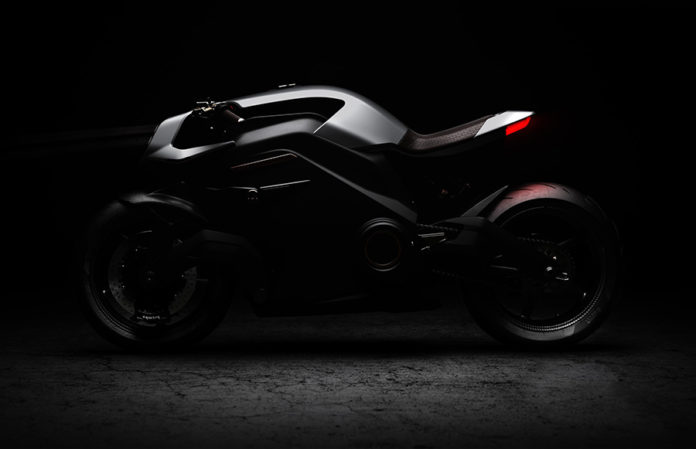 Newly announced motorcycle maker Arc has launched its first model, the Vector, at Milan’s EICMA Motorcycle show today; a machine which tears up convention, just as it tears up the tarmac. The Arc Vector is the most advanced electric motorcycle ever brought to market, utilising exotic materials, thoroughbred componentry and cutting-edge architecture, wrapped in a futuristic body with post-modern nods to café racers past.

Human Machine Interface (HMI) has been taken to a new level, comprising an intelligent rider jacket packed with haptic sensory technology and a Heads-Up Display (HUD) helmet inspired by those of fighter pilots, giving the user important information and enhancing the freedom and wellbeing of their riding experience. 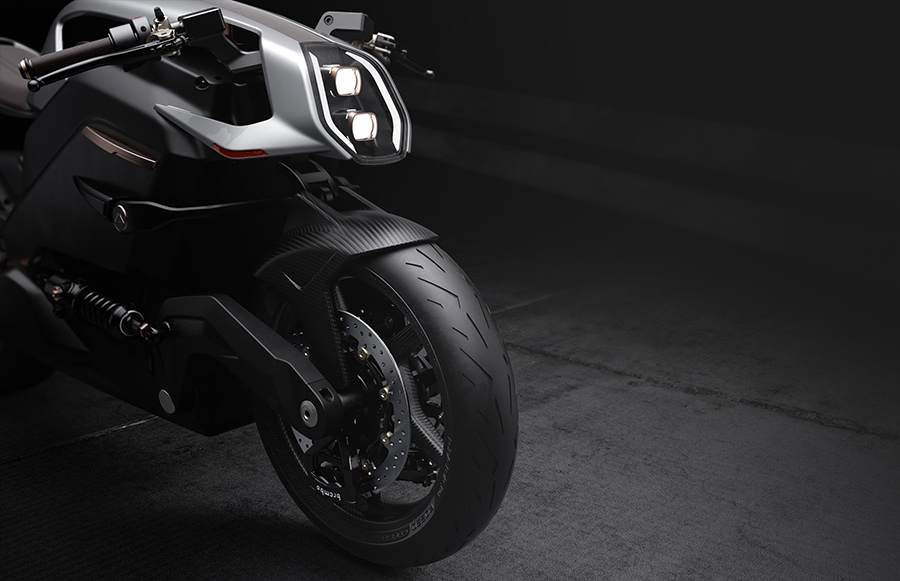 As big on soul as it is technology, the hand-built Vector has a lightweight carbon-composite structure and ingeniously elegant battery-module monocoque, which is as clean and efficient as it is beautiful to behold. Its featherweight solves one of the headaches normally attributed to brick battery EVs, and it has MotoGP levels of stiffness so that there’s zero compromise on ride. Vector utilises carbon swingarms front and rear, custom-made Ohlins dampers for telepathic handling and feedback, and meaty Brembo brakes on anorexic BST wheels. The entire package tips the scales at 220kg, which is almost 60kg lighter than comparable machines. Vector has the best power-to-weight ratio of any electric motorcycle of its class by a considerable margin.

In raw pace, Vector rivals fossil-fuelled superbikes, sprinting from standstill to 60mph in 3.1 seconds and carrying on to 120mph. 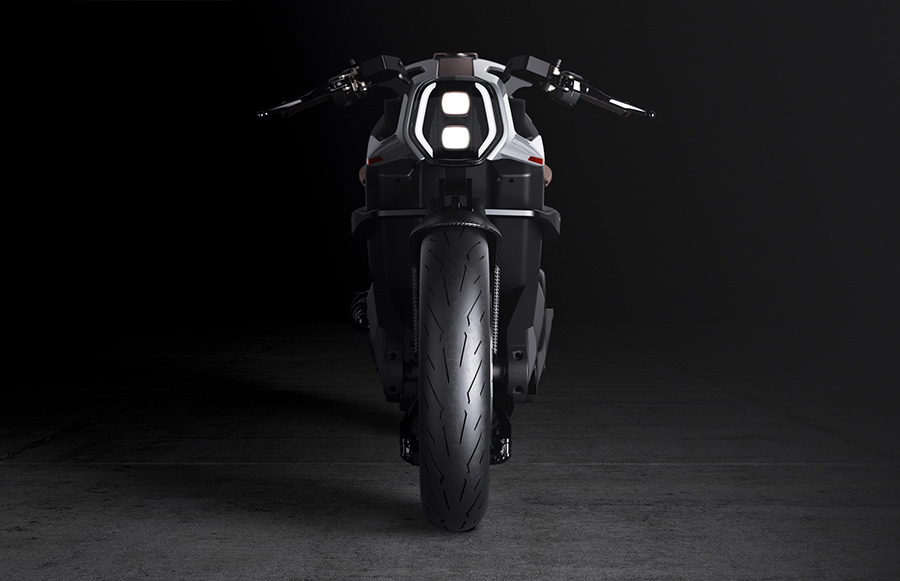 The battery cells are the absolute cutting-edge. Their packaging has been developed to be completely modular, flexible, and legacy-free, maximised for simplicity, space and mass- reduction. The power cell produces 399 units of voltage, giving a realistic range of about 200 miles in urban use and 120 miles on the highway. That’s about 30% more than any comparable EV. Arc will install a personal electric charger at the owner’s desired premises. Away from home, the Vector can be charged in 45 minutes at a quick charge point or service station.

The key to the bike is the Zenith helmet, which has been designed in collaboration with Hedon. Its connected HUD projects speedo, sat-nav and ancillary graphics onto the rider’s visor so they can keep their eyes affixed to the road, Iron Man-style. A live rear-view camera is encased in the calfskin-trimmed helmet, giving the user the ability to see what’s behind them. 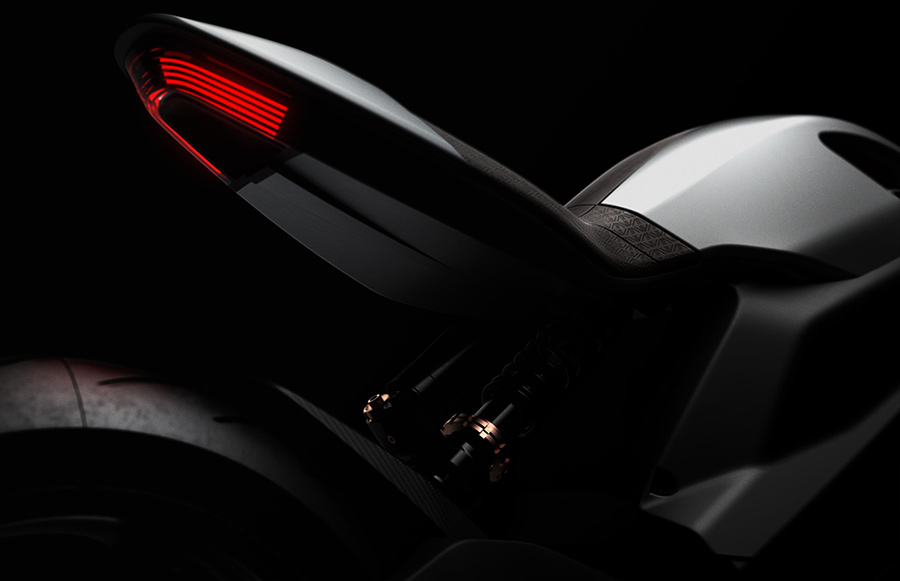 The bespoke jacket, Origin, represents a game-changing advance in intelligent technology, making motorcycling even more immersive. HMI has been applied to the armoured ride-wear by packing the jacket with audio-type haptic amplifiers – like a smart phone’s vibration notifications, but a lot more advanced. These may vibrate to alert of a potential hazard, provide dynamic performance-based feedback, or enhance the senses when on a stimulating ride.

The Origin jacket, which is tailored in collaboration with style gurus Knox, has three settings. Urban Mode focuses on safety, alerting the rider to dangers such as vehicles in their blind spot with a polite tap on the shoulder. Sports Mode gives the rider feedback on the bike’s dynamic position and parameters by taking G-Force related data from the Vector’s carefully nuanced sensors and providing a graduated level of feedback. This tells the rider how close to the limit of the motorcycle’s capabilities the rider is. For example, the harder you brake the more feedback you receive. Euphoric Mode lets you play music through the haptics as you ride and simulates the bass through the jacket’s amplifiers, making your hairs stand on end. It communicates with the Vector bike and the Zenith helmet wirelessly, emboldening freedom by enhancing the senses. 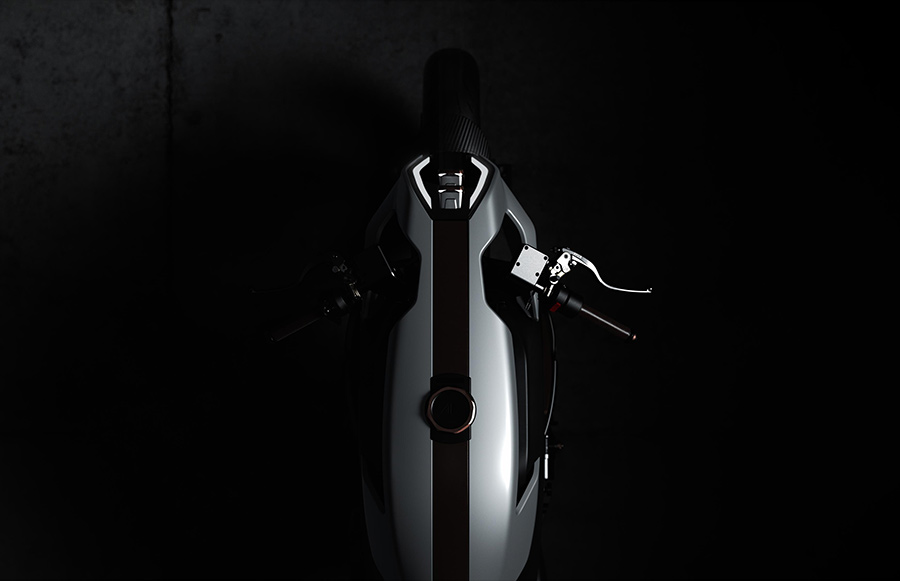 The Arc Vector, which includes the custom-made Zenith and Origin ride-wear, is priced at £90,000. Production is targeting 399 motorcycles in year one, the same figure as the batteries’ total voltage.

Mark Truman, Founder and CEO, Arc Vehicle Ltd: “We felt that there was more one could get out of motorcycling which no one was tapping into. This is about using technology to strip back the experience of riding a bike, through the use of haptics and HUD. The helmet and jacket work in tandem with the Vector to remove distractions and emphasise the joy of riding.” 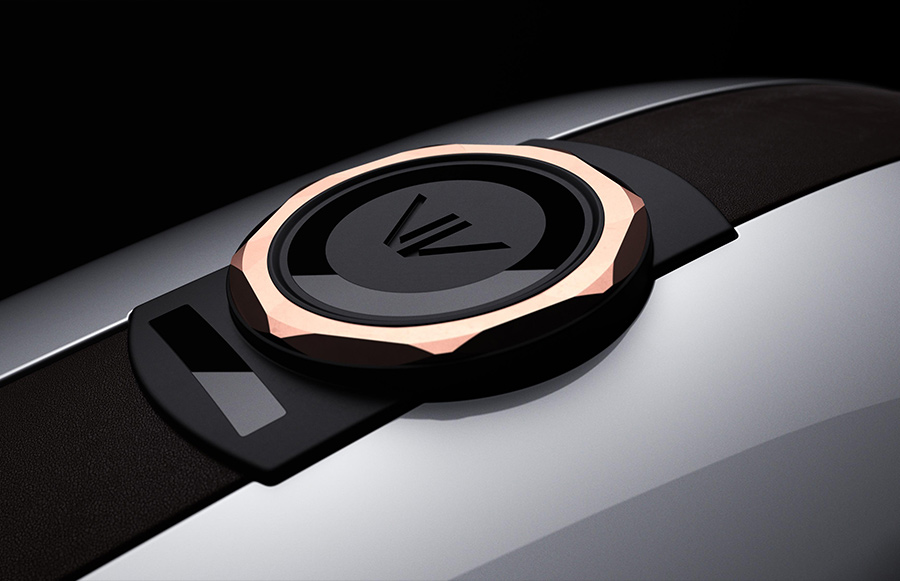 “With Vector, we’ve set out to build the best performance electric motorcycle. With electric vehicles in general, the powertrain weighs a lot. This really can’t be avoided if you want capacity, distance and performance. So, it was about stripping everything back and using a lot of exotic, lightweight materials, such as carbon-fibre. The chassis and battery module had to be one, and because of this approach we’ve been able to reduce the weight as much as possible to achieve the performance we wanted. The design brief was; if the term ‘cafe racer’ was going to be coined in ten years’ time, what would that look like?”

“Arc Vector satisfies those of us who are rarely satisfied, who are always looking for a different road, a different view. We understand the need to be different, to be better, and challenge the norm.”

Sebastian Peck, Managing Director, InMotion Ventures: “For Jaguar Land Rover’s venture capital fund, this is about being a technology leader in a disruptive environment. Our mission is to develop an expanded footprint for Jaguar Land Rover in the brave new world of premium mobility. We understand the power of emotional connection and creating really desirable objects, so we see natural synergy with Arc. The Vector is an incredible development in the next generation of motorcycle travel.” 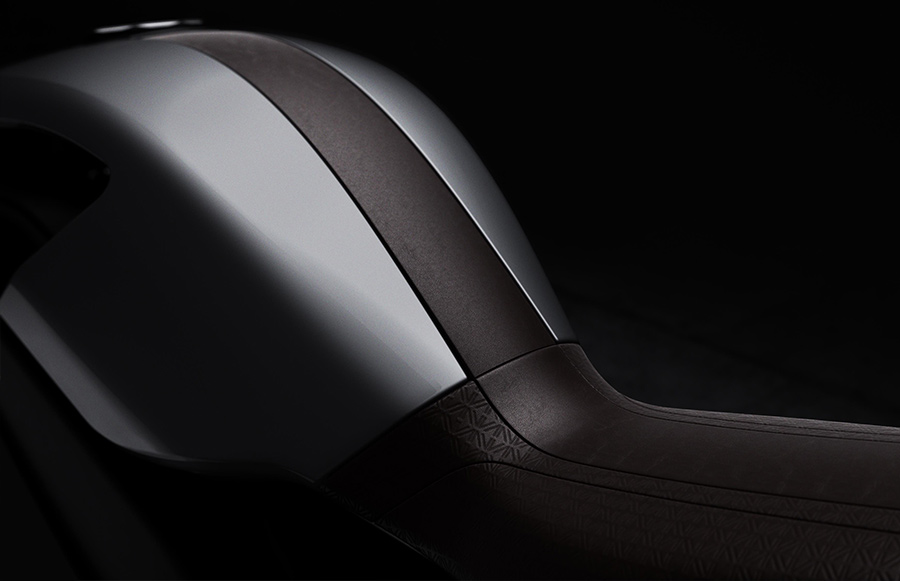 Based in Coventry, in the centre of the UK’s automotive high-tech industry, Arc is on a mission to explore Earth in state-of-the-art style, combined with a promise to protect it. Vector is a catalyst; a transformative vehicle that will challenge the rider’s way of seeing and thinking, and one that shapes the world around it.

In addition to revolutionary tech, Arc promises a sales and ownership experience as individual, luxurious and highly-detailed as the Vector machine itself.

Ducati Ventilated Outerwear Will Allow You to Ride All Summe...

The most prestigious prize is a Hypermotard 950 with a special livery.
Read more