Will precisely replicate the Ferrari F1-75 as raced by Charles Leclerc and Carlos Sainz. 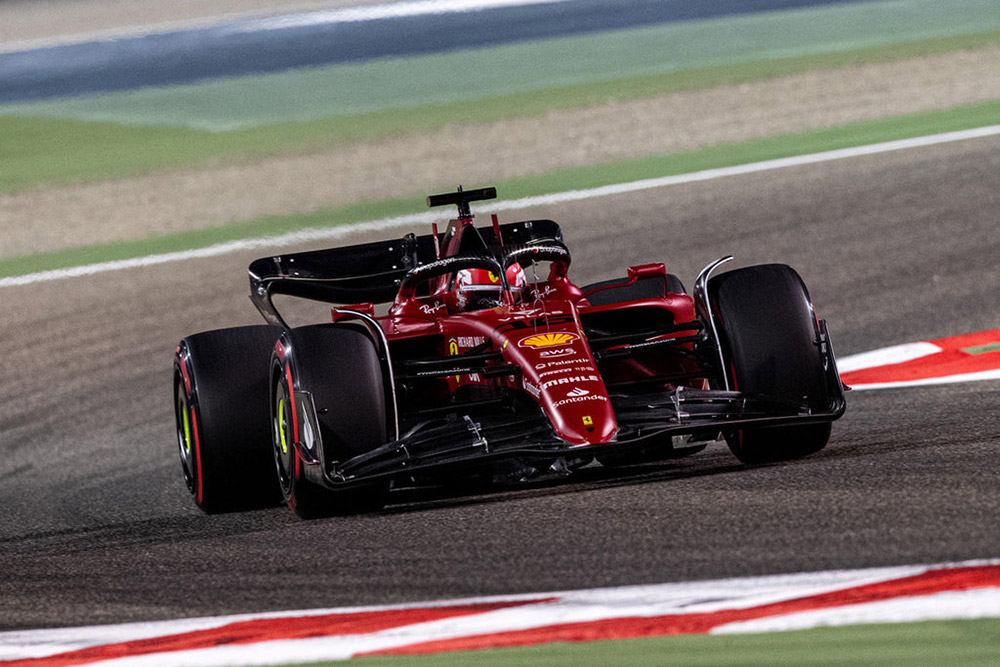 The world’s leading model creators at Amalgam Collection today announced that they are to develop and build an edition of 1:8 scale models to celebrate Scuderia Ferrari’s exhilarating season-opening victory at the Formula 1 Gulf Air Bahrain Grand Prix 2022. This very special race specific Limited Edition is being announced early in response to numerous requests from Ferrari followers and Amalgam collectors. Restricted to just 50 pieces per driver, Amalgam is now accepting deposits for the models which will precisely replicate the Ferrari F1-75 as raced by Charles Leclerc and Carlos Sainz to Ferrari’s first 1-2 victory since the 2019 Singapore Grand Prix. Alongside these 1:8 scale models, the artisans have also revealed a limited series of 175 full size steering wheel replicas is also in development. Delivery for both of these editions is planned for the last quarter of 2022.

The F1-75 will be the first model of the new regulations era to be crafted by Amalgam, although is far from the first Ferrari to have been reproduced at scale by the Bristol-based company. “We started building precise scale models of Scuderia Ferrari’s during the dominant Michael Schumacher era” says Sandy Copeman, one of Amalgam’s founding partners. “We’ve immortalised every Ferrari Formula 1 car since.” A faithful member of La Famiglia Ferrari, none are better placed than Amalgam to bring Maranello’s machines to life at scale.

Development has already commenced on the edition and the artisans are currently working with confidential CAD data supplied directly by Scuderia Ferrari, meticulously scaling down the data to ensure that the details are perfectly captured in miniature. Once the data is finalised, the first model prototype will be built. Moulds will be created for the individual parts, with metal, carbon fibre and rubber used to create each piece of the intricate puzzle, while some parts will be produced by 3-D printers. Typical development times for an Amalgam Formula 1 model total over 2500 hours but, being the first of the new 2022 cars, the process may be a slighter lengthier one this time around. “Like for Ferrari, the new era is a different challenge for us as we attempt to replicate the 2022 cars for the first time” comments Copeman. The model development process will only conclude once the engineers and designers at Gestione Sportiva are fully satisfied with the accuracy of representation of the initial sample model.

The season opening race at Bahrain International Circuit was won by Charles Leclerc, giving the Ferrari their first win since Sebastian Vettel at the 2019 Singapore Grand Prix, after an epic race-long duel with Max Verstappen. The resilient Leclerc used cunning and intelligent racecraft to ensure he unswervingly held off the charging Red Bull despite being passed by the Dutchman three times in three laps. A late safety car restart saw the Monegasque driver tear off into the distance at a pace which Verstappen, now nursing a steering issue, just could not sustain. Teammate Carlos Sainz claimed second position overtaking Verstappen late on, after a demanding race in which he resisted the advances of the other Red Bull of Sergio Pérez. “It was a wait for a win rarely experienced by the Tifosi” remarks Copeman. “But, with the team’s 1-2 in Bahrain and another double podium in Jeddah, the signs are there for Ferrari to again challenge for the Championship. We’re delighted to be a part of it.”