Alsace – Home of Bugatti for 110 Years 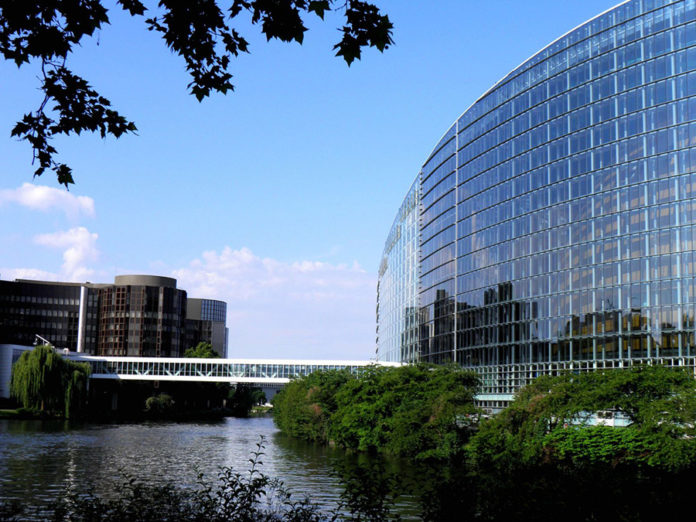 Flammkuchen, red wine and cars. Alsace in the north of France has a lot to offer – and a lively history. The region between the Vosges and the Rhine switched its political affiliation several times from the 17th century onwards, between the Holy Roman Empire, the German Reich and France.

France ceded Alsace to the German Reich in 1871, after which its affiliation switched three more times. The Paris Peace Conference ended on this day 100 years ago. The conference took place at the Palace of Versailles between 18 January 1919 and 21 January 1920. About 100 years ago, on 10 January 1920, the Treaty of Versailles came into force after being painstakingly agreed over many months. The signing of this treaty brought the First World War to an end under international law.

Despite the frequent changes, Alsace developed culturally and industrially. The self-confident people of Alsace are proud of their regional identity. French luxury manufacturer Bugatti also made a modest contribution. The region is closely interlinked with the long history of Bugatti. About 110 years ago, company founder Ettore Bugatti moved to Molsheim in Alsace, which at that time was part of the German Reich. Bugatti himself, born in Italy, felt himself to be French even from a young age and thus perfectly epitomised the multinational nature of the people of Alsace. 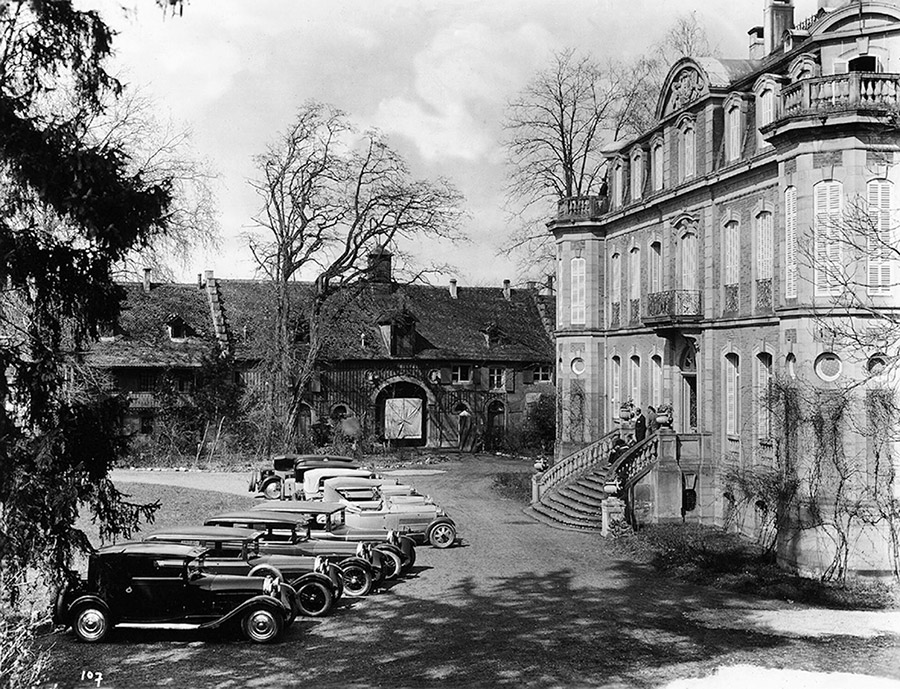 In late 1909, Ettore Bugatti and his family moved from Cologne to Molsheim near Strasbourg, where he had secured funding to produce cars and aircraft engines. Although Alsace was smaller than neighbouring Baden-Württemberg, an entire industrial sector produced high-quality goods here. The region was considered rich at that time, offering skilled jobs and staff, agriculture, space and good food.

With its close proximity to the river Rhine for the delivery and shipment of raw materials and goods, Alsace was regarded as an outstanding production location, a key location for European capitalism. Cooperative banks such as the regional Crédit Mutuel grew here and promoted new business concepts. These were good conditions for the launch of his now famous company. Ettore Bugatti had solid relationships with other regions of Italy, France and Germany. However, Alsace seemed to him to be the ideal choice for his project, thanks to its strategic location. In 1910, when he was 28 years old, he founded his factory in a former dyeworks and began producing the Type 13.

Eight years later, Alsace was annexed to France. Not much changed for Bugatti, his staff and his cars: he continued his design and production work and became more and more successful. As before, he spoke French with his colleagues, loved and lived the life of a Frenchman. Bugatti won more than 2,000 races with the Type 35 between 1920 and 1930 and was perceived worldwide to be a serious French racing brand. Luxury cars such as the Type 41 Royal (1926-1933) were created around the same time. These had no competition and caused a sensation on the automobile scene. 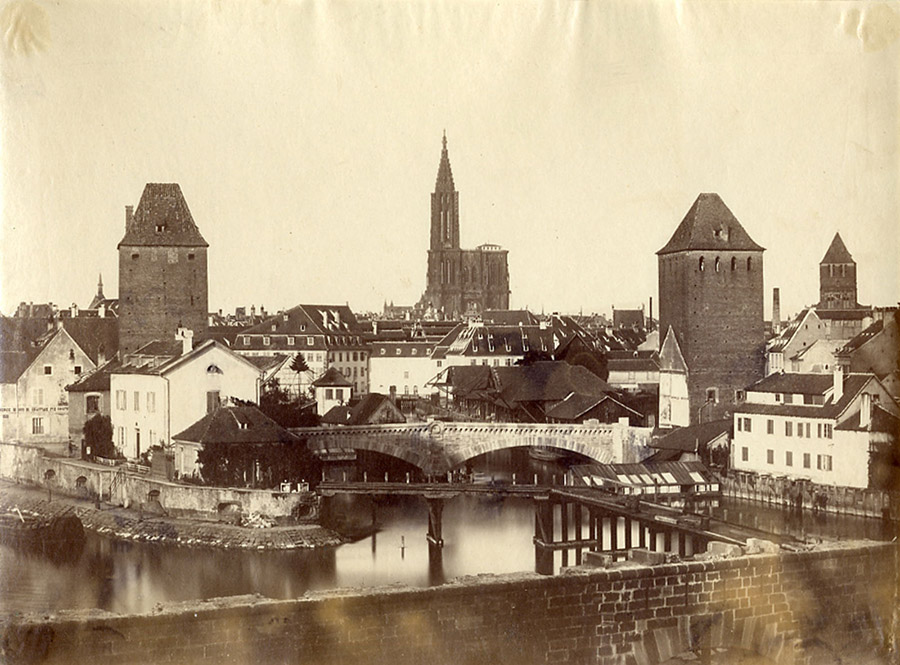 Alsace at the heart of Europe

“Alsace is the most European place in Europe. Switching between Germany and France has caused a lot of tension, but it’s also brought different nations together to form an international community. This has made Alsace cosmopolitan, international and European,” says Claude Muller, professor at the Faculty of Historical Sciences at the Institute of the History of Alsace at the University of Strasbourg.

In 1871, the German Reich was made up of 25 federal states. The 26th was Alsace, but it was not entirely independent. From 1900 onwards, the people of Alsace wanted to change this status, including many Germans from Baden who lived in Alsace at that time. There were many intermarriages between Germans and the people of Alsace, and the two nations lived side by side in peace. It was not until 1911 that Kaiser Wilhelm II pushed for independence as a self-governing federal state. “The people of Alsace thus benefited from the wealth of the Germans and the existing German social laws,” says Professor Muller, an expert on Alsace.

These laws were repealed when the First World War began in 1914, which fuelled dissatisfaction among the population. “Nevertheless, many Alsace people were on the side of the Germans,” says Professor Muller. After the First World War, the Treaty of Versailles stipulated that Alsace was to be annexed to France again. On 8 December 1918, President Poincaré celebrated the return of Alsace-Lorraine to France in Metz. But the situation remained complicated: the German-speaking people of Alsace would have preferred to live in Germany, rather than in France. “Many Germans thought the French – including the people of Alsace – were traitors. The previous good coexistence was fractured,” says Professor Muller. With the invasion of France by the German Wehrmacht and the annexation of Alsace-Lorraine in 1940, Alsace became German again – but without legally binding treaties. Pro-German Alsatians were then considered by the French to be Nazis – until well after the war ended. It was only when Konrad Adenauer, the first Chancellor of the Federal Republic of Germany, visited French head of government Charles de Gaulle in 1958 that an attempt was made to overcome old antagonisms and hostilities – to the advantage of Alsace.

Alsace is still of economic importance in France and Europe today. Around two million of the 66 million people of France now live in Alsace. The region has been known as Grand Est since 2016, emerging out of the regions of Alsace, Lorraine and Champagne-Ardenne. It is now the fourth largest region in France, home to over 5.5 million French people. Strasbourg is the seat of the regional council and the regional prefect of the Grand Est region, as well as the préfecture of the Département Bas-Rhin. Numerous European institutions such as the Council of Europe, the European Parliament and the European Court of Human Rights are all centred here. 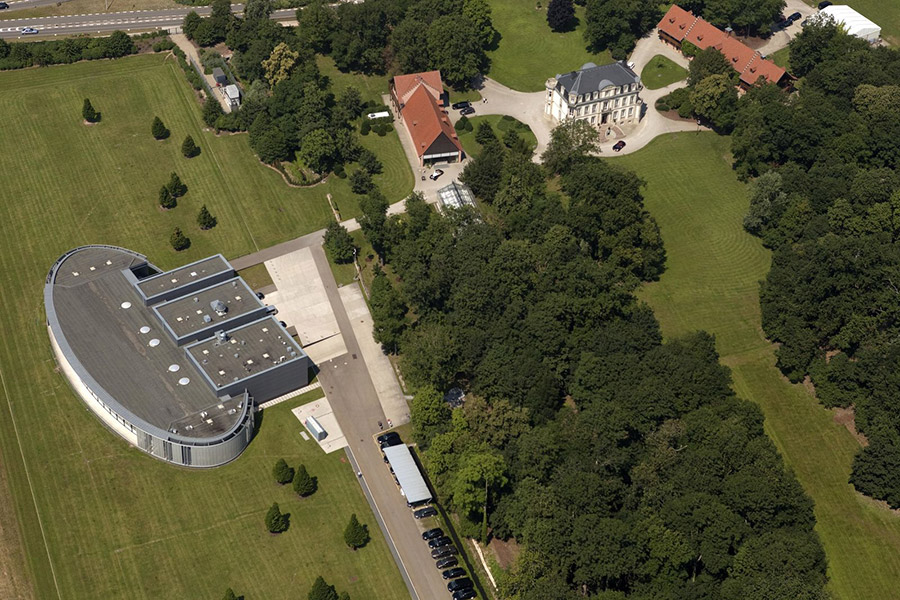 Bugatti belongs to Alsace. Now and in the future.

This makes Strasbourg the capital of Europe, Alsace the central region that builds bridges between many countries. And this makes it the ideal location for an international luxury brand like Bugatti. “Bugatti belongs to Alsace, even after 110 years. This is the only place where we can continue the precious heritage of Ettore Bugatti and find highly motivated and skilled staff who produce the best cars in the world with passion,” says Stephan Winkelmann, President of Bugatti. “In keeping with Bugatti’s tradition, we design and manufacture the most precious cars, the haute couture of the automotive industry, by hand. I can’t think of a better place than this, our home in beautiful Alsace.”

Versatile 2021 Taycan Cross Turismo Designed for Life on and...

Bugatti Paving the Way for Series Production of its Exclusive Centodieci

Over Half of Brits Admit to Getting Frisky in Their Car