Grid is Set for the Silverstone Classic Race Car Sale 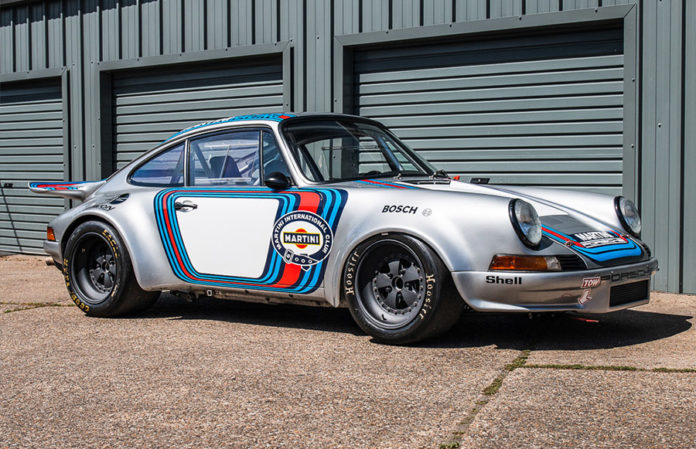 24 fantastic lots will head to the grid for Silverstone Auctions’ Silverstone Classic Race Car Sale on 19th July at the legendary Silverstone Circuit.

The catalogue contains a range of historic racers including classic race-winning touring cars, iconic rally cars and picture perfect homages to legendary racers of the past. Many offer owners the opportunity to race at major international events on some of the greatest race tracks in the world.

On pole for the Silverstone Auctions sale will be a 1988 Rouse Ford Sierra RS500 Cosworth Group A touring car estimated at £190,000 to £220,000. Driven by Guy Edwards as part of the Kaliber team to four podium finishes, the car went on to compete in the Asia Pacific Series, Australian Endurance Championship and the 1992 Bathurst 1000.

A 1962 FIA Jaguar E-Type Series 1 Fixed Head Coupe is bound to excite Silverstone fans. Estimated at £100,000 to £120,000, the British classic has been driven by greats such as ex-F1 racer Mike Wilds, saloon car expert Karl Jones and Le Mans competitor Oliver Bryant and has raced at Donington and Spa-Francorchamps.

“It’s fantastic to bring such a varied and desirable collection of classic racers to the home of British motorsport, Silverstone,” says Adam Rutter, classic car specialist, Silverstone Auctions. “The Silverstone Classic is our headline auction event of the year and we can’t wait to kick the whole thing off on Thursday 19th July, first with our BRDC Motor Sport Charity Memorabilia Sale then followed by our prestigious Race Car Sale.”

The sale features lots from all over the world including a pair of classic American muscle cars. One is a 1967 Chevrolet Camaro estimated at £50,000 to £60,000, owned and raced by the current owner and latterly by his son in two-stints of ownership from 1992. The second is a 1971 Ford Mustang Mach 1 Boss race car estimated at £30,000 to £35,000, which comes with a massive 7.5 litre V8. Both these classic American racers are eligible for entry in the CSCC Future Classics, AMOC Intermarque and Bernies V8’s race series.

The auction will take place in The Wing building with viewing of all lots available on 19th July 2018 from 13:30 until the start of the auction at 6:30pm. The BRDC Motor Sport Charity Memorabilia Auction precedes the Race Car Sale at 5pm.

For more information on the Silverstone Classic Race Car Sale and to view the full lot list please visit: http://www.silverstoneauctions.com/silverstone-classic-race-car-sale-2018/view_lots/pn/all.

The SV was the final evolution and considered the most desirable Miura model.
Read more