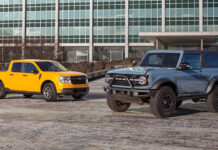 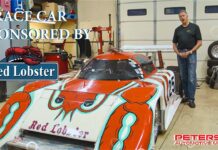 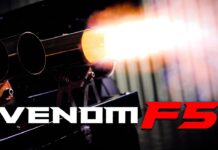 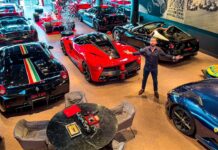 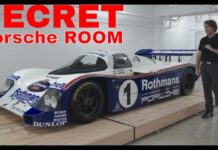 There is absolutely no discussion that the new Ford GT is fast, really very fast indeed! With some empty stretches of the de-restricted German Autobahn, and a supercar with a top speed in excess of 200mph, let’s see what it’s got! There’s even a dedicated V-max mode for the purpose…

Ford introduced the new GT to race at the Circuit de la Sarthe, home of the 24hrs of Le Mans and a track that famously includes the Mulsanne straight with an importance on top speed. With an exceptionally heavy focus on the aerodynamics front, and despite it having a relatively small 3.5l twin turbo V6, the official top speed of the road going new Ford GT is 348km/h or 216mph.

To reach such speeds, it offers a number of different driving modes including a very specific V-max setting that to date I have never tested out. In this mode it takes the lower ride height of the Track setting, lowering down by 2 inches or 5cms onto the pushrod suspension setup, but in V-max it will keep the wing flat to the rear deck, significantly reducing drag at high speed but also decreasing the amount of stability for the rear end of the car.

Having taken my Ford GT to numerous race tracks including Silverstone, Nurburgring and Hockenheim, it’s now time to see if it can join the 200mph club on a de-restricted section of the German Autobahn if conditions allow. With the Sport Cup 2 tyres inflated to the recommended 2.65bar pressures for high speed running and a number of driving modes to experiment with, a fascinating opportunity to learn about the car and its aerodynamics awaits.

In Sport mode, sitting at normal ride height and with the wing up, the car pushes on easily to 300km/h (186mph) but feels like there’s not too much more to go beyond this. With the suspension lowered but wing still up it quickly gets to 324km/h (202mph) on the dash with the numbers continuing to climb. When in V-max mode fully, it clearly has more to give but conditions did not to discover where it might end up.

As with all cars, the dashboard has a built-in over read of the speed; this is a legal requirement that speedometers must never risk under reading and as such it is very normal that all cars will give a more optimistic readout. The use of a GPS based system will confirm an accurate speed, and an opportunity to see how far off it is on the car.

Things nearly went pear shaped thanks to one of the Ford GT’s favourite habits – running out of fuel far too quickly! Thanks to having 656hp and a tiny fuel tank, the car needs to make frequent visits to fuel stations and this time around it came down to just 1km to empty…