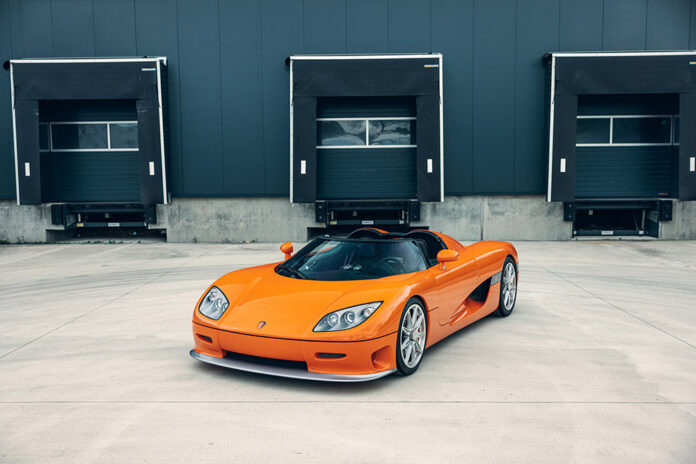 The idea of building one’s own supercar to compete with the likes of Ferrari, Lamborghini, and McLaren would generally be considered ludicrous. How could one man’s vision compete with such established sporting pedigree and record-setting engineering?

From time to time, however, someone does indeed attempt such a feat and, on even rarer occasions, succeeds brilliantly. Christian von Koenigsegg created his eponymous supercar company in 1994, at age 22; his aspiration was to build nothing short of the greatest supercar in history. Over the next three years, his small team created a prototype constructed using a radical carbon fiber tub and a litany of automotive engineering firsts. This car, named the Koenigsegg CC (Competition Coupé), was first publicly displayed at the Cannes Film Festival in 1997, and the reaction from public and press alike was overwhelming. Confident his cars would find buyers, Christian left Cannes with nothing other than production on his mind.

By 2002, Koenigsegg had released the sportier and more refined CC8S. Meanwhile, development was well underway on the fledging company’s third model, the CCR. The two cars share many characteristics, though the CCR is clearly an evolution upon the specifications and equipment of its predecessor. The CCR was fitted with new suspension and braking systems developed by specialists, a titanium exhaust, larger alloy wheels, and far greater aero-work creating significantly more downforce. All these upgrades were made necessary because the car’s 4.6-liter, aluminum-block, twin-supercharged V-8 engine had been tuned to produce an astonishing 806 brake horsepower. In February 2005, a Koenigsegg CCR dethroned the McLaren F1 as the fastest production car ever built, with a top speed of 387 km/h. Only 14 examples would be built before production ceased in 2006.

This 2004 Koenigsegg CCR, chassis number 7011, is the third CCR example produced and is built upon the 11th carbon fiber chassis completed by the factory (hence its VIN designation). Finished in dramatic Lava Orange over a bespoke color-matched interior, 7011 is the exact CCR Koenigsegg unveiled to the public at the 2004 Geneva International Motor Show. 7011 was also heavily featured in period press photography released by Koenigsegg and is, quite possibly, the most well known CCR example of the scant 14 examples produced.

Following its time in the spotlight, this car’s German registration indicates that it was first registered on 23 May 2006. By 2009, 7011 had traveled just 1,150 kilometers while within the care of a collector in France. Since then, this alluring Koenigsegg CCR has seen regular servicing and enjoyment after time in several noted collections within Luxembourg and Germany. In preparation for sale, 7011 has just been serviced by marque specialists at Esser Automotive, the official Koenigsegg dealer in Aachen, Germany.

Now showing 2,347 kilometers at the time of cataloguing, 7011 is a supremely rarified and alluring offering that would be well suited for acquisition by the most astute of collectors.