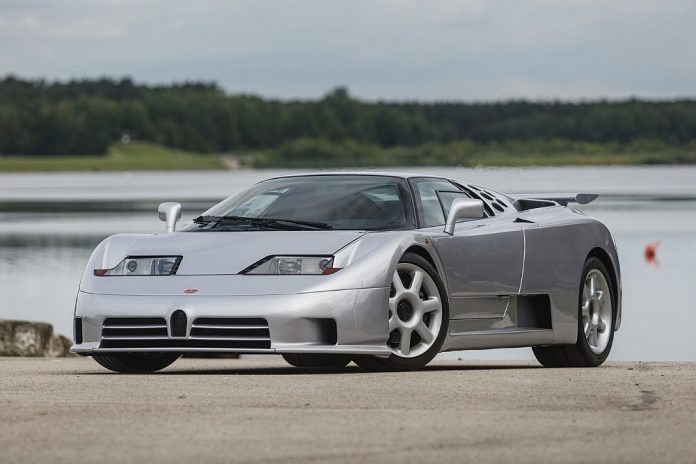 A rare Super Sport example of the EB110 supercar – the only Bugatti to be designed and built in Italy – and the forerunner to the Bugatti Chiron and Veyron – is to be offered at the prestigious Bonhams Zoute Sale on 10 October, with an estimate of €2,000,000 – 2,500,000.

Unveiled on the 110th anniversary of Ettore Bugatti’s birth, the EB110 was the first new Bugatti to be produced since 1956. It was the brainchild of Bugattiste (enthusiast and collector of the marque) Romano Artioli, who revived the brand, and was an all-Italian affair, designed by Marcello Gandini and hand built in Campogalliano in Italy’s ‘motor valley’.

Despite competition from contemporary supercars such as the McLaren F1 and Jaguar XJ220, the EB110 set four world speed records, including for the fastest series production sports car. Launched as a GT with a 500 bhp 3.5-litre engine, the second incarnation, the lighter and stronger Super Sport, followed six months later. With an output of 600 bhp and a top speed of 335km/h, the Super Sport attracted owners such as Michael Schumacher and the Sultan of Brunei, though only 30 were produced.

The 1994 Bugatti EB110 Super Sport offered was fitted with an even more powerful engine at the request of its German first owner, who also specified the dark blue interior. Having covered just 30,000 kms since new, this motor car is offered with full Bugatti service history.