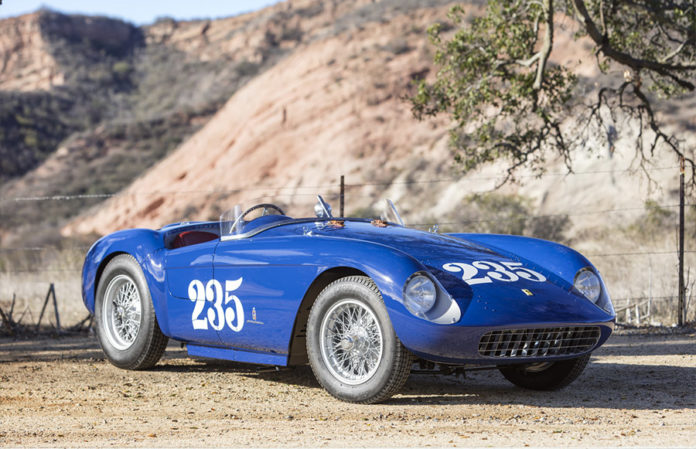 Bonhams is delighted to announced that a very special vintage Ferrari has been consigned to its renowned annual sale next month. The 1954 Ferrari 500 Mondial Spider that was owned, raced and/or admired by four figures central to popular culture, motoring history and California heritage will be featured at the January 17th collectors’ car auction in Scottsdale, Arizona. 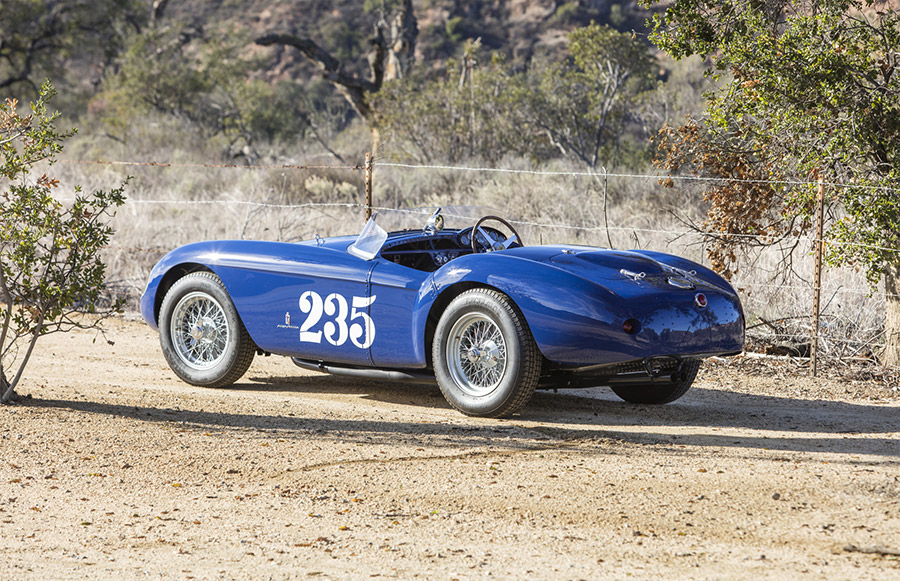 Most recognized – indeed immortalized – in photographs with an admiring James Dean, the Italian sports-racer has the fingerprints of a host of iconic personalities. 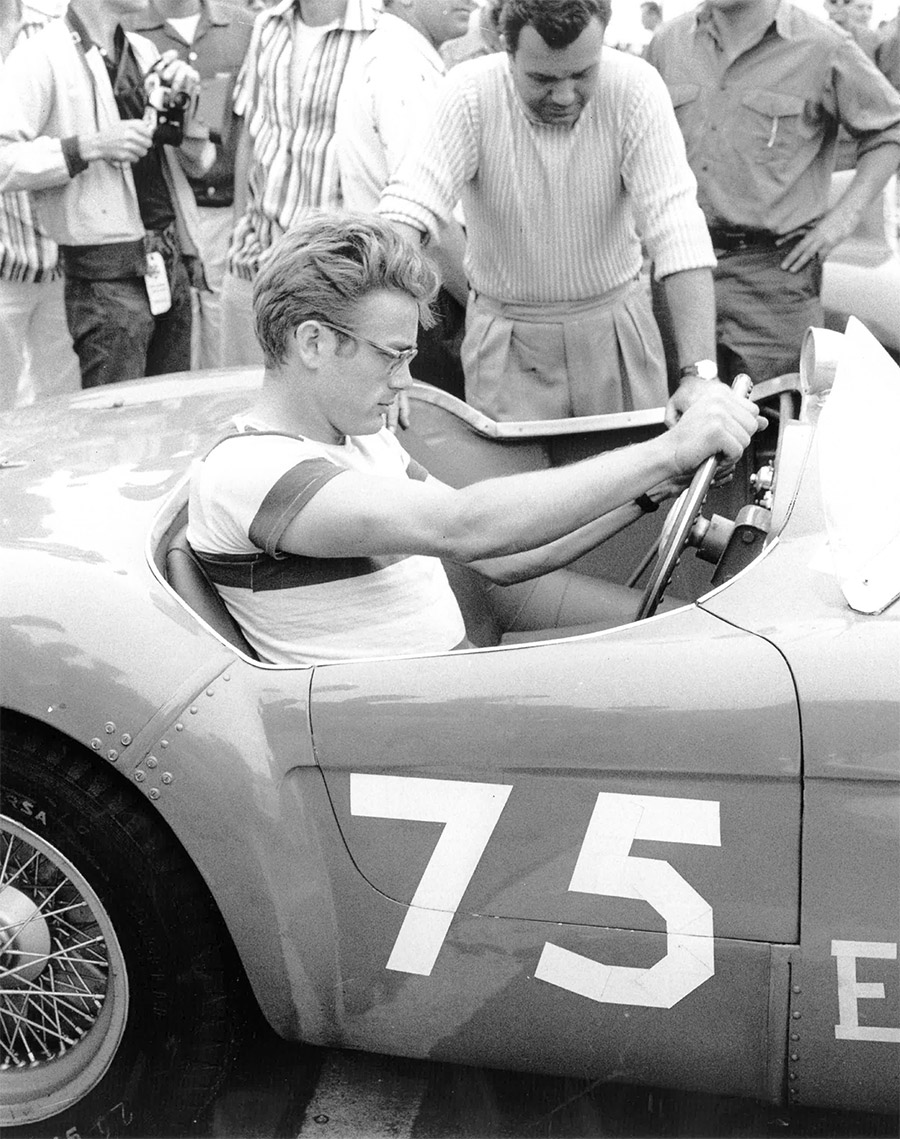 When new, the Mondial was owned by one of the world’s greatest playboys of all time, Dominican Republic diplomat and professional bon vivant Porfirio Rubirosa. Accompanied by his then paramour Zsa Zsa Gabor, Rubirosa raced the new Spider in Santa Barbara where the couple was extensively photographed. 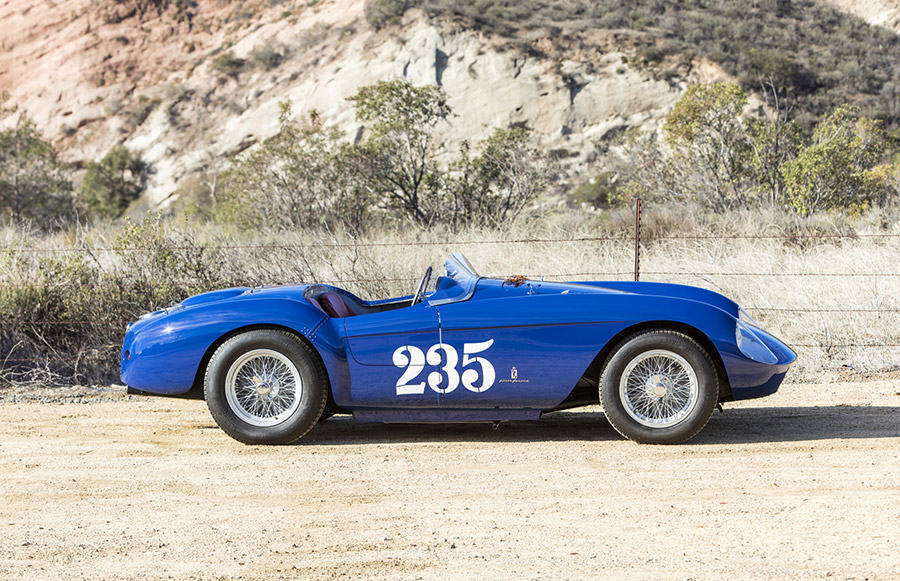 Shortly thereafter, it was bought by John von Neumann, the man who introduced Porsche and Volkswagen to California and sold sportscars to the stars through his dealership Competition Motors. Once again at the Santa Barbara road races, an admiring James Dean (who had taken his Porsche Speedster) was shown the car and, too, was extensively photographed. While under Neumann’s ownership, the Ferrari was also raced at Palm Springs and then at Torrey Pines by a young driver by the name of Phil Hill – the man who would become a legend of motorsport. 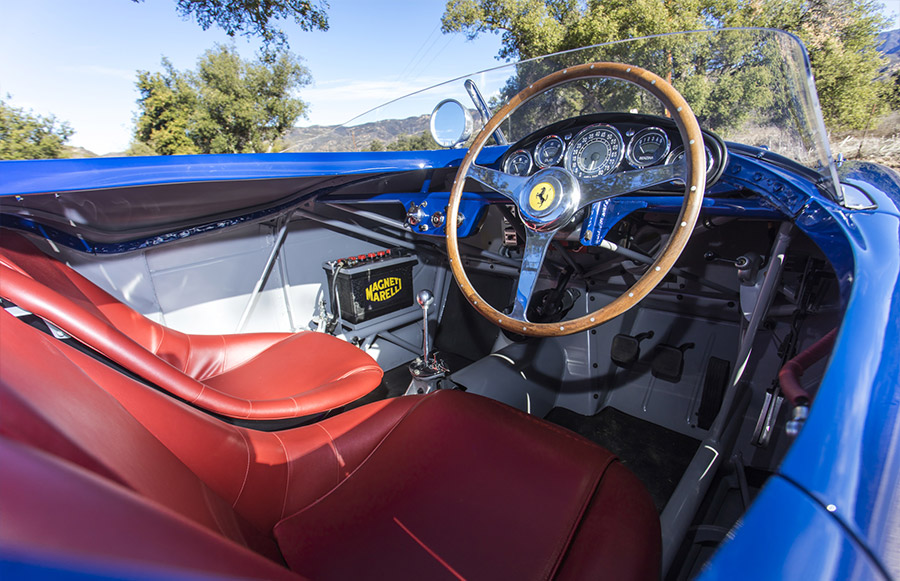 Even without its glamorous history, this is a very special automobile. One of only 12 made, the rare competition Ferrari was restored by the “men with the golden hands” at Ferrari’s in-house Classiche department in Modena and then, as testament to its quality and history, received 1st in Class at the Pebble Beach Concours d’Elegance, the Platinum Award for Best Restored Ferrari from the Ferrari Club of America, and the Phil Hill Trophy for Best Competition Ferrari by the Ferrari Club of America – an extremely prestigious trio of accolades to say the least. 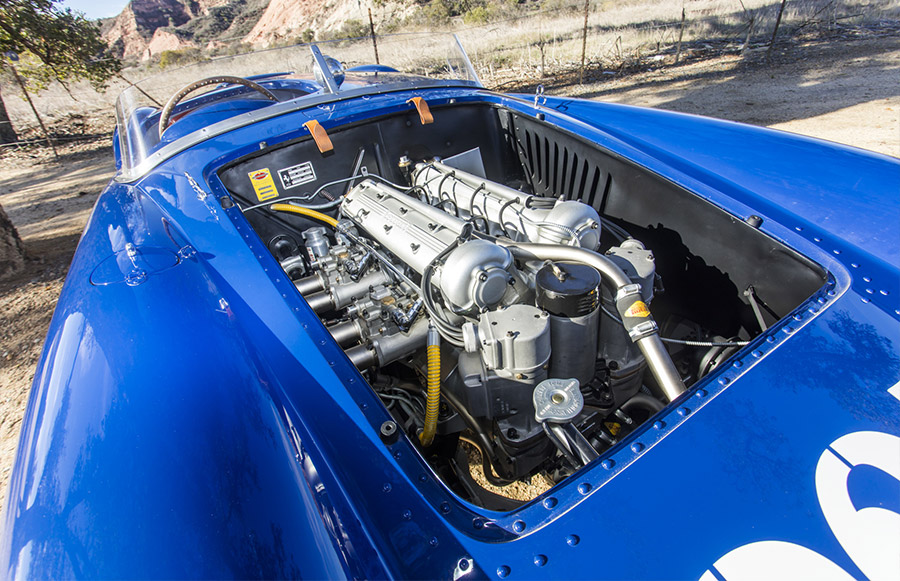 Associated with such illustrious personalities, this Ferrari Mondial Spider is a very special and highly significant piece of California car and pop culture. The Ferrari Classiche Red Book-certified, highly original, extensively photographed and raced-in-period automobile will be offered alongside an astounding line-up next month.

Some of these museum-worthy cars being offered include: the 1946  FIAT Frua Spider – the very first design created by Frua; the sole existing Moretti Sport Spider with Michelotti body; the evolutionary key Bugatti model and 1993 Frankfurt Motor Show car EB110 GT  – as well as a Chiron; not to mention two of the most iconic cars in history – a matching numbers and well preserved 1955 Mercedes-Benz 300SLGullwing and an expertly restored 1965 Aston Martin DB5 worthy of Sean Connery as James Bond. These and so many more are why Bonhams’ 2019 Scottsdale Auction is shaping up to one of the best collectors’ car auctions of the year. For more information,visit  Bonhams.com/Scottsdale.