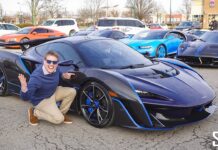 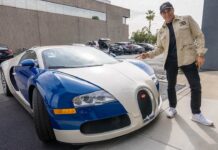 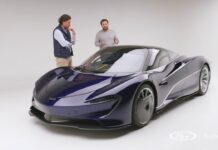 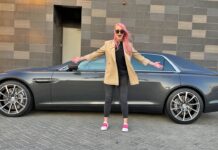 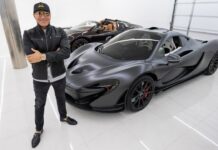 Located in Scottsdale Arizona is a hangar full of supercars both restored and new. Join Harley Cluxton and George Getz as they give us a tour of their hangar filled with supercars both old and new, along with other automotive memorabilia. Harley’s favorite vehicle of the collection is a car he sold to George, a racing spec Mercedes 300sl Gullwing. Original owned and raced by a Puerto Rican National Racing Champion, this Gullwing was sent back to Germany so Mercedes could increase its horsepower which was fairly uncommon at the time.

Showing their love for Ferrari sits a 1966 275 GTB Ferrari known as a long nose torque tube and a Ferrari 330 GTC that is the quintessential road driving Ferrari. Following the Ferrari collection, is a collection that would make Carol Shelby and Henry Ford smile. A narrow hip 1965 Shelby Cobra, and a one-off 289 Shelby team car originally used for drag racing sit front and center on the showroom floor. In an impressive show of supercar dominance, sits a collection of Ford GTs both new and old along with the Porsche 918 and Porsche Carrera. Watch this unique garage tour that is full of supercars of all eras.