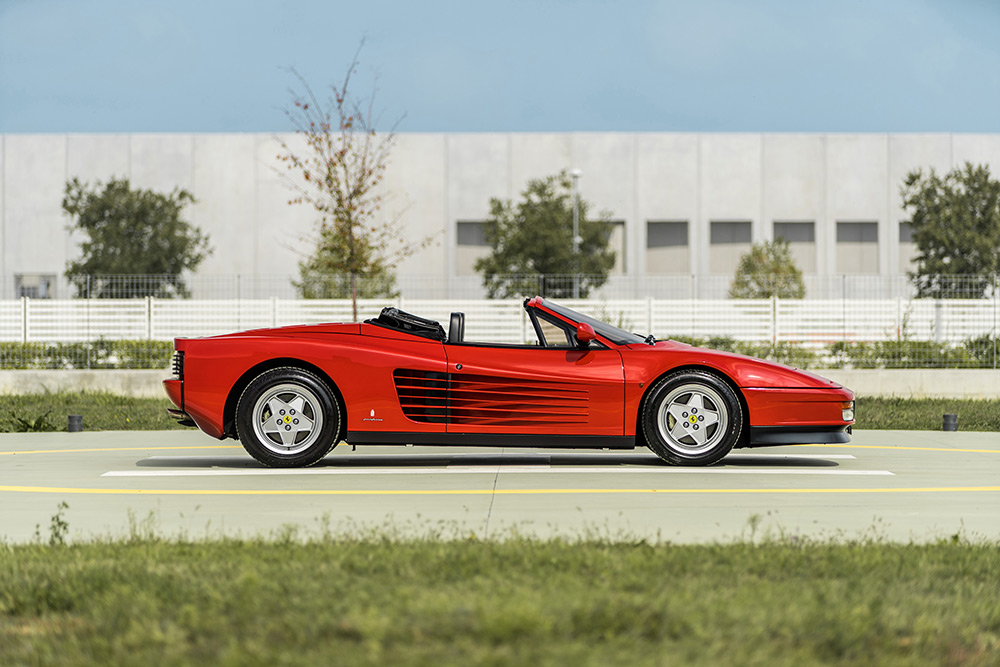 RM Sotheby’s is delighted to announce that it will offer an incredible 1990 Ferrari Testarossa Pininfarina Spider ‘Special Production’ at its London sale on 5 November. With just one Testarossa Spider having been built by the factory for Fiat boss Gianni Agnelli, a number of special production cars were built by Pininfarina, with seven examples created for Brunei royalty and a small number of additional cars for important clients.

Beyond the significance that these special production Ferrari Testarossa Pininfarina Spiders hold in the real world, it’s a car which also holds a special place in the hearts of 1980s gamers, with the model being the hero of the iconic arcade game ‘OutRun’—one of the best-loved driving games of the era. Players had to steer their fearsome red Testarossa Spider through palm tree-lined roads while avoiding contact with slower-moving traffic. In homage to this landmark computer game, which has sparked so much love for the car over the past 35 years, RM Sotheby’s has created a fantastic film that brings the game to life, using the beautiful example to be offered in the London sale. The film can be viewed ‘HERE’.

Peter Haynes, Director of Public Relations and Marketing, Europe, at RM Sotheby’s, says: “The Testarossa Spider is a remarkable car in its own right that attracts the attention of collectors the world over. But the fact that it’s also the star of a computer game, which so many people of a certain generation played endlessly through the late 80s and early 90s, was too good an opportunity not to celebrate. Our film is a fun reimagining of the OutRun arcade game that has allowed us to make those 80s dreams a reality!”

The example offered was supplied new to the owner and remains unregistered with less than 500 km. It has been thoroughly well cared for throughout its life and was recently subject to over €177,000-worth of work by Pininfarina and Zanasi (Estimate: £1,400,000–£1,800,000).