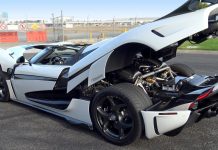 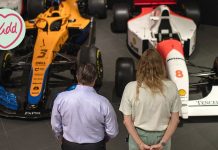 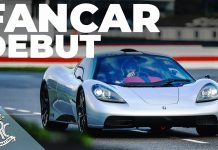 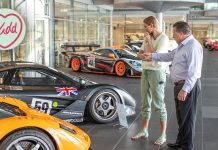 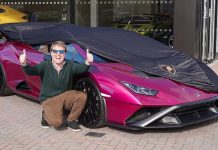 American automotive museums have come and gone, but until publishing magnate and philanthropist Robert E. Petersen and his wife Margie opened the Petersen Automotive Museum, there was no central location in which to celebrate the entirety of automotive history, industry, culture, and artistry in Los Angeles, the most car-centric city the world has yet known. Even the Petersen Automotive Museum building represents aspects of automotive history as important as the vehicles displayed inside. Its architecture, user friendly parking facility, and central location make it a living example of automobile culture in Los Angeles.

No stranger to the museum world, Robert Petersen had operated the Petersen Motorama Cars of the Stars on Hollywood Boulevard near Grauman’s Chinese Theatre during the 1970s. Approximately 15 years after the adventure ended, Mr. Petersen proposed the idea of an automotive museum to the Board of Directors of the Natural History Museum of Los Angeles County (whose vehicle collection then encompassed 66 cars and motorcycles) and offered a lead gift of $15 million to begin the project. An agreement was reached, the necessary financing secured, and a disused department store building was acquired in 1992 for the memorable sum of $11,111,111.11. The original Petersen Automotive Museum opened in June 1994 as a branch of the Natural History Museum with a mission to explore and present the history of the automobile and its impact on American life and culture using Los Angeles as the prime example. With its full-size dioramas and engaging thematic galleries, the Petersen Museum rapidly established a new standard of interpretive excellence. In 2000 the museum separated from the Natural History Museum to become an independent entity owned by the Petersen Automotive Museum Foundation. The new museum continued to thrive, winning awards and entertaining millions.

About a decade and a half after the museum became independent, the Petersen Museum board of directors conceived an ambitious plan that would keep the museum at the forefront of innovation and updating its outward appearance to convey a sense of speed and dynamism that would hint at the kinds of exciting artifacts it housed.

Since reopening in December of 2015, the museum has increased it’s exhibition space, opened the famous Petersen Vault presented by @Hagerty, tripled its visitorship, and build a global audience, all through car culture.