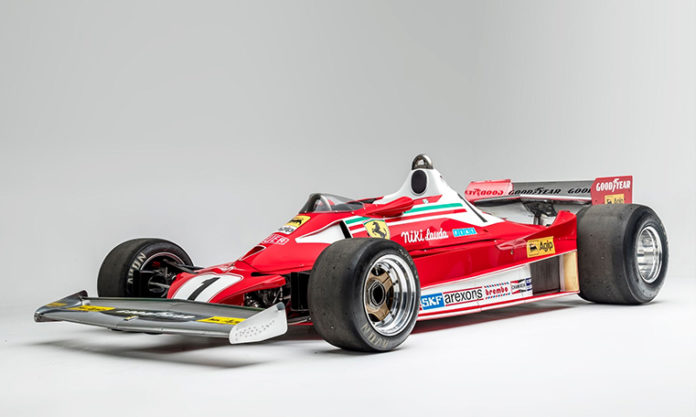 Founded by Enzo Ferrari in 1947, Ferrari has long stood for innovation, engineering perfection, and top performance on and off the track. Since the debut of the 125S, the first Ferrari-badged car, Ferrari has recorded over 5,000 victories in races around the world. While organized with the sole intent to build and campaign race cars, Ferrari funded his racing pursuits by building and selling exotic road-going variants that are now ranked among the most beautifully designed and engineered cars of all time. The firm’s deep-rooted association with the color red dates back more than a century to the time when Rosso Corsa (“racing red”) was chosen to be the official color for all Italian motorsports teams regardless of manufacturer. Enzo Ferrari readily embraced this tradition and the racecars that bear his name today belong to an ever shrinking number of Italian teams that continue the tradition of painting its cars Rosso Corsa, reinforcing an association with the color red that continues to this day.

After revised aerodynamic rules for 1976 prohibited intakes placed behind the cockpit, Ferrari designed the 312 T2 with side-mounted air intakes, each of which channeled air into a separate cylinder bank of its V-12 engine. Driven by Niki Lauda, this T2 won both the Belgian and Monaco Grands Prix in 1976. A slightly more developed version of the T2 was campaigned in the 1977 season, during which it contributed to Ferrari earning its second and third consecutive Constructor’s Championships.

New Lotus Sports Car Series Confirmed With Prototype of the ...