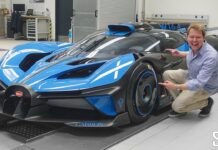 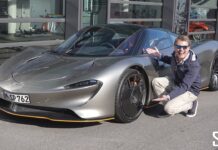 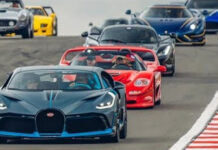 Bugatti Divo Joins THE Greatest Hypercar Drive The UK Has EVER Seen! – Mr ... 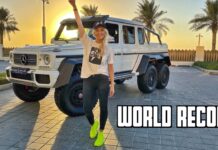 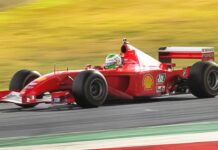 This must be the Lamborghini to buy right now! The Huracan EVO is Lambo’s updated version of their V10 supercar, and with some extra touches from Novitec it gets even better. After checking out their new carbon parts, we can head out for a run on the Autobahn to enjoy some sound, plus a sneak peak at something else they are working on.

Lamborghini updated the original and very popular Huracan LP610-4 to the new EVO LP640-4 bringing in a number of new features like rear wheel steering, configurable driving modes, new infotainment system, and some visual changes. There are a number of different variants including the Spyder and RWD iteration too, all of which feature the reworked engine. In fact in the EVO here it’s the 640hp 5.2l V10 as found previously in the Performante; a sharper and more powerful unit than before.

After exploring the car and walking around all the modifications, let’s hop on board to enjoy a little of the V10 and sound/drama it produces even with the regular exhaust as opposed to the Novitec Race system. For the run we have a small stretch of derestricted German Autobahn and conveniently some open sections with tunnels to get an experience of it all.

While visiting there also happen to be quite a few other awesome cars from Novitec around including the 812 N-Largo, Pista, SA Aperta and a sneak peak at an Aventador SVJ. However, right while I’m looking around, the new Ferrari F8 Tributo from Novitec rolls on through, which I believe we will see more of very soon – but just listen to it!