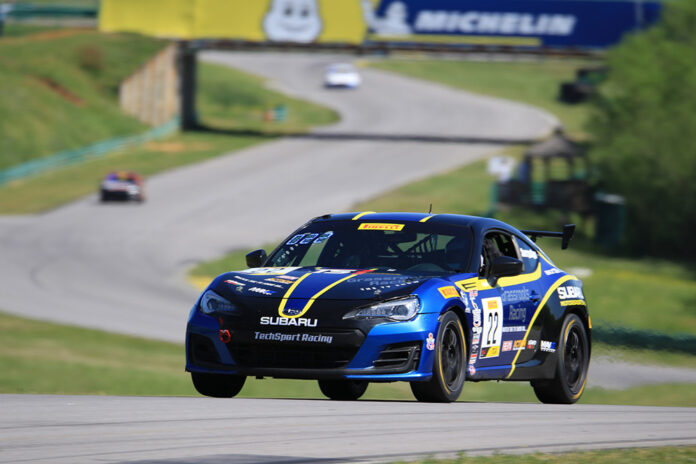 A new reality series is coming to CBS Sports Net this weekend. Going Pro SRO America, from Nomad Digital allows viewers to see first-hand what it’s like to compete in pro racing in the SRO TC America car race series.

The seven-episode series provides a glimpse into the world of professional racing where the audience gets full access to every part of the racing experience. From race strategy, car prep, in the pits and the behind the wheel, viewers will see what it takes to compete and win at the professional level.

“Racing is fun and stressful,” says Surzyshyn. “Racing professionally for the first time with a camera documenting every move adds another layer, and when you’re also producing the show during a pandemic, well, that’s really over the top, as I discovered.”

Despite the hurdles, Surzyshyn states that making the leap to pro racing has been exhilarating. “Amateur racing is about fun, and pro racing is about winning.” he says. “It’s so much more competitive, and there is a ton of pressure to max out the potential of the car. Racing against huge talents such as Nick Wittmer, Mark and Mat Pombo, and Eric Powell just took everything to a much higher level.”

Ferrari Announces it is Entering the Le Mans Hypercar Era