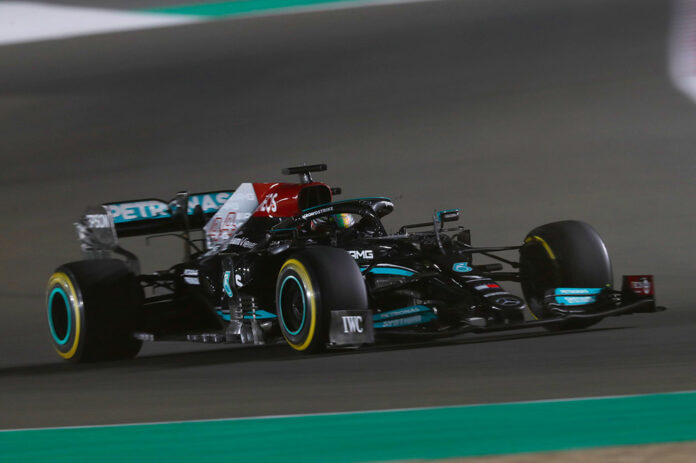 Lewis Hamilton
It’s been a hell of a year so to be at this point of the season and have back-to-back wins is a great feeling. It was a pretty straight forward race for me, a little bit lonely but of course, we needed those points, so a really solid job by the team. A big thank you to everyone trackside and back at the factories for all their hard work. I’m really grateful for these points and it’s amazing to be able to close the gap so much in the last two weeks. We’ve still got our work cut out, but we’re loving such a close battle and the challenge that it brings. It was a real shame for Valtteri today, having to retire, but the pace was good this weekend and that puts us in good stead for the next two races. We’ll be bringing our triple a-game for those.

Valtteri Bottas
Obviously, that was a very disappointing day for me and a tough way to end the weekend, after it started so promisingly on Friday. I struggled on the formation lap to get temperature into the tyres and then being on the dirty side of the grid, I had no grip for the start, so I was just wheel spinning, and was skating around on the first lap. Then I got into a bit of a DRS train but once the gaps opened up, I could make progress, the pace was good, and I could go long on the stint. But then, all of a sudden, I had the puncture without any vibration or warning. We knew we were pushing the limit of the tyre, but I was still getting good grip, we still felt comfortable and staying out was our best shot at a podium. It failed just after the pit entry as well, so the most unlucky part of the track, and the car got so damaged on the lap back to the pits we felt it was safer to retire and save the mileage.

Toto Wolff
That was a commanding win for Lewis. He controlled the pace from the front and did everything he needed to do, completely in the zone. The lion got woken up in Interlagos and we saw that today in Qatar! For Valtteri, it was a difficult day, the puncture came out of nowhere, with literally no indication, and unfortunately, he was the first one to pick up the puncture. But while we come away from the race result with mixed emotions, the pace of the car this weekend has been encouraging for the last two races. We know there are still many challenges to come but we’re enjoying the ride, when it is so tough, this is exactly why we are in this sport. It’s maximum attack for the last two rounds, we’ve got some points to make up, so this is what we’re aiming to do and we’re enjoying every minute of it.

Andrew Shovlin
A mixed bag today. On one hand, Lewis showed what he and the car can do over a Saturday and Sunday, his margin in qualifying was truly impressive and even in the race, he only had to do what was required to hold the gap. Valtteri on the other hand had a tough day; we thought he’d be P5 to start which meant the good side but as we were leaving to go to the grid, a second document came out that put us a place further back on the dirty side. That didn’t help him get off the line but a poor Turn 1 and 2 dropped him further and by the end of the lap one he was down in P11. From there he mounted a very strong recovery and was getting back into a position where a podium was looking likely. We then had the puncture, that came without warning and at the worst place on track, just coming into the final corner so he had to do the whole lap on three wheels. We couldn’t make any headway once we were back out on track as the car had been quite badly damaged, so in the end we decided to retire. We move into the final two rounds with a small margin in the Constructors’ and a small deficit in the Drivers’. It’s going to be tight, but we’ve got a car that is capable of doing the job and that’s giving us great encouragement. We’ll likely need to win both races, but we’ve got good reason to think our strong form from here can carry into the next two. It’s a big push to the finish from here but we’re looking forward to the fight and can’t wait to get back on track in Saudi Arabia.