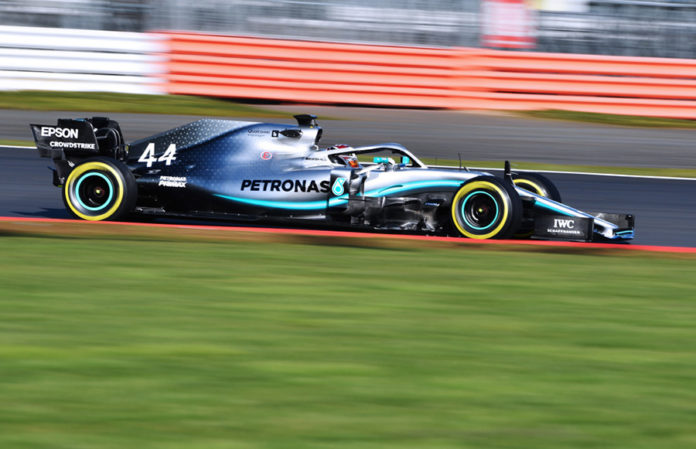 With a little over four weeks to go until the start of the 2019 FIA Formula One season, Mercedes-AMG Petronas Motorsport today completed the first laps with its 2019 challenger. Named the Mercedes-AMG F1 W10 EQ Power+, the 2019 contender ran on the 2.98 km Silverstone International Circuit this morning with Valtteri Bottas behind the wheel, to be followed by Lewis Hamilton this afternoon.

“The 2019 season will be a new challenge for all of us,” said Toto Wolff, Team Principal & CEO. “The regulations have changed quite substantially. We have to start from scratch, we need to prove ourselves again – against our own expectations and against our competitors. We start the season with zero points, so we’re taking nothing for granted and there’s absolutely no feeling of entitlement to be at the front. In fact, with the regulation change for the new season, every team can have a shot at the title and we’r e seeing all of them as a potential threat.” 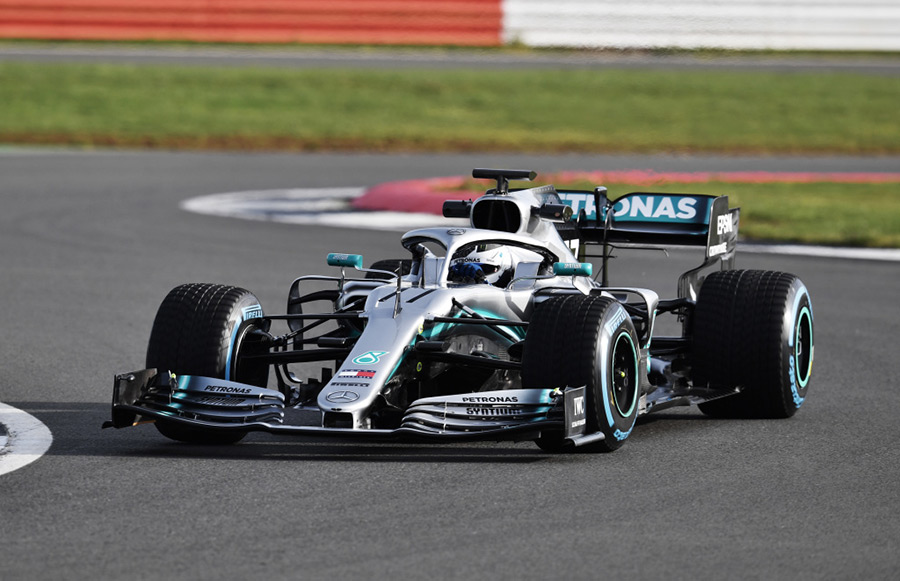 Today’s running constitutes an official 100 km filming day, which the team also uses as a final systems check before the first pre-season test in Barcelona.

“We’re eager to hit the ground running in Barcelona, to benchmark ourselves against our own simulations and see if our predictions materialise on track,” said Toto. “We will focus on ourselves, building up performance and hopefully be ready when the first really competitive session starts on Saturday in Melbourne.” 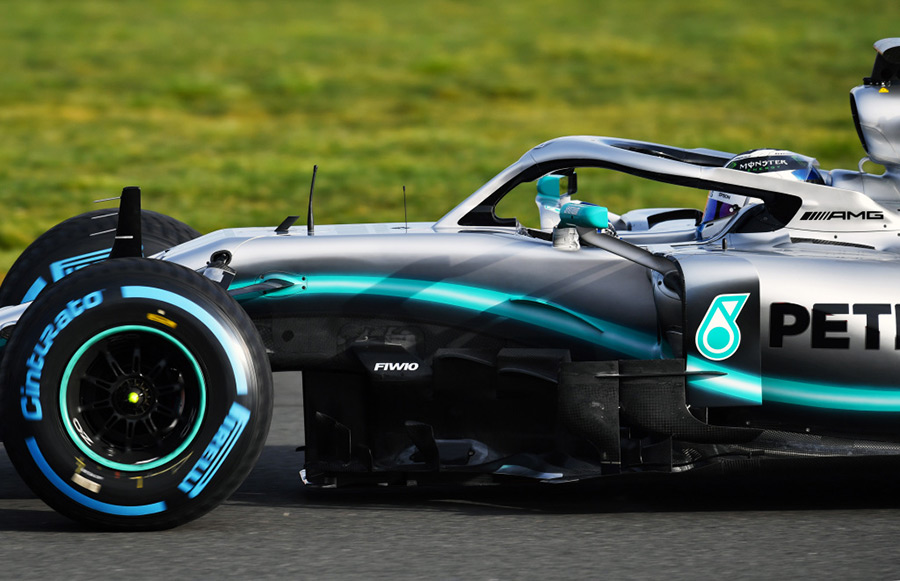 The 2019 season plays a special role for the team, as the year of the 1000th Formula One Grand Prix is also the tenth season in modern-day F1 for Mercedes as a works team.

“We’ve come a long way since 2010 when we re-joined Formula One with a Mercedes works team,” says Toto. “We had a steep learning curve in the first few years, building the long-term capability of the team and continuously improving our performance. We saw the first good season in 2013, when we finished second. After that we’v e been on a winning streak with five consecutive double championships – an incredible success that none of us in the team, even in our wildest dreams, would have believed possible, especially since we were up against formidable opponents.” 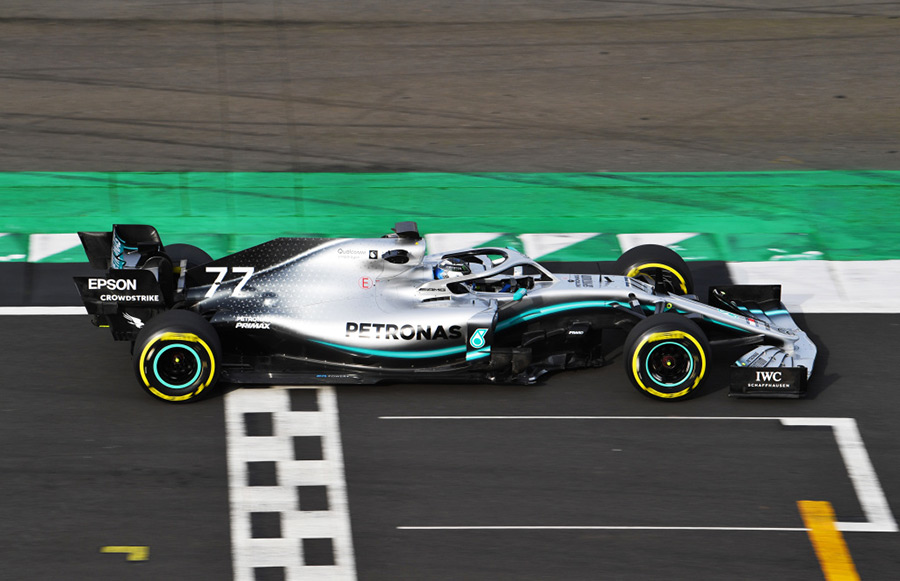 Together with its parent company, the team also celebrates 125 years of motorsport in 2019: in 1894, Daimler engines won the world’ s first motor car race in 1894 from Paris to Rouen as two cars fitted with a Daimler two-cylinder V-engine shared first prize in the 126 kilometre race.

2019 is also the 85th anniversary of the Silver Arrows, as the Eifelrennen, held on 3 June 1934 at the Nürburgring was the first race in which the Mercedes-Benz W 25 competed. Legend has it that the metallic silver skin was only exposed the night before the race, by grinding off the car’s white paint to bring the starting weight of the W 25 down to the limit determined by the race regulations. 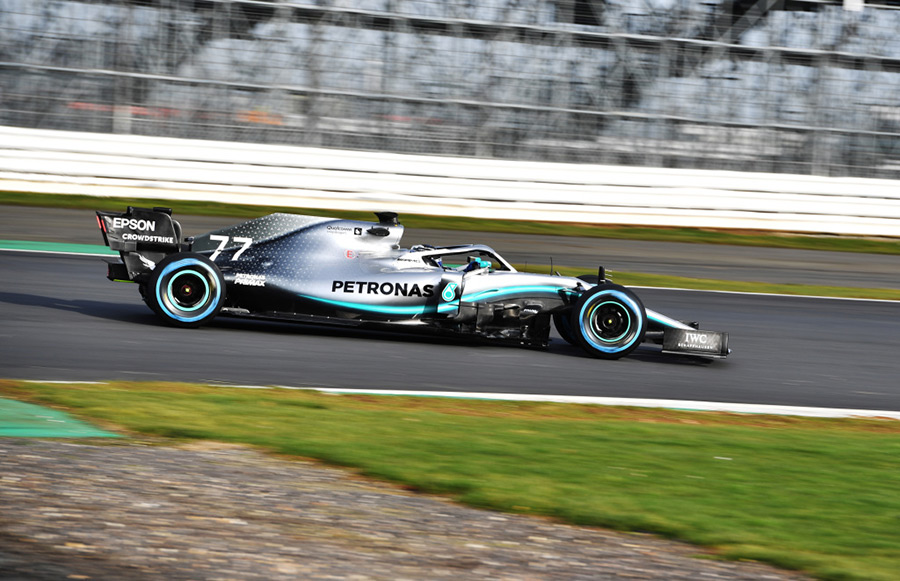 The 2019 challenger celebrates this important year in the company’s motorsport history with a new design which has been reduced to two main elements. The first element of the star pattern provides the elegance and luxury of Mercedes-Benz, combining high-grade technology and craftsmanship. The second element is a single, strong PETRONAS green flow line that brings speed and dynamism. And just like the original Silver Arrows from 1934, the livery of the W10 also brings a performance advantage as the new design sees a slight weight benefit compared to last year.

Learn How to Drive an F1 Car in 1 Hour! – Supercar Blondie

Short film to be shot in Monaco on what was to be one of F1’s major calendar events.
Read more
Automotive News

Contrary to popular belief, the fastest cars in the world don’t cost a fortune to insure.
Read more